Hello, looks like rural USA has decided their dislike of Clinton has put Trump in the White House, these nincompoops obviously are only Christian on paper they clearly haven't understood the message Jezus tried to convey. I'm looking at CNN's results board and everything is red, except where there are urban areas. The US is divided alright. Let the nightmare begin...

Today's artist is a very busy body who has produced 40 something in albums in the 39 years he's been on the scene, clearly the man doesn't need any extra stimulus and i suppose he ain't someone to chill out with. Elvis Costello, to be honest here, after his first four albums that came in rapid succession I kinda lost sight of him as there was so much more and I dislike those intellektual fans that made him their hero, never liked pretentious people waring those silly glasses either...
......N'Joy

Where My Aim Is True implied punk rock with its lyrics and stripped-down production, This Year's Model sounds like punk. Not that Elvis Costello's songwriting has changed -- This Year's Model is comprised largely of leftovers from My Aim Is True and songs written on the road. It's the music that changed. After releasing My Aim Is True, Costello assembled a backing band called the Attractions, which were considerably tougher and wilder than Clover, who played on his debut. The Attractions were a rock & roll band, which gives This Year's Model a reckless, careening feel. It's nervous, amphetamine-fueled, nearly paranoid music -- the group sounds like they're spinning out of control as soon as they crash in on the brief opener, "No Action," and they never get completely back on track, even on the slower numbers. Costello and the Attractions speed through This Year's Model at a blinding pace, which gives his songs -- which were already meaner than the set on My Aim Is True -- a nastier edge. "Lipstick Vogue," "Pump It Up," and "(I Don't Want to Go To) Chelsea" are all underscored with sexual menace, while "Night Rally" touches on a bizarre fascination with fascism that would blossom on his next album, Armed Forces. Even the songs that sound relatively lighthearted -- "Hand in Hand," "Little Triggers," "Lip Service," "Living in Paradise" -- are all edgy, thanks to Costello's breathless vocals, Steve Nieve's carnival-esque organ riffs, and Nick Lowe's bare-bones production. Of course, the songs on This Year's Model are typically catchy and help the vicious sentiments sink into your skin, but the most remarkable thing about the album is the sound -- Costello and the Attractions never rocked this hard, or this vengefully, ever again. 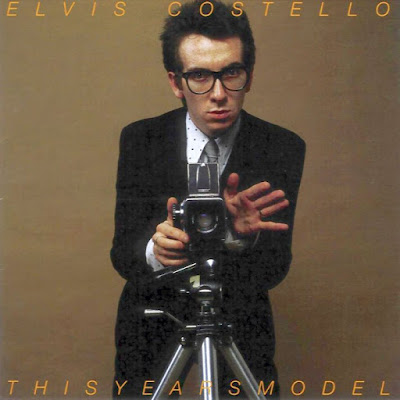 Elvis Costello And The Attractions - This Year's Model   (flac  489mb)

Elvis Costello's "country record" is usually written off as a vanity project, but Almost Blue is quite a bit more than that. It's one of the most entertaining cover records in rock & roll, simply because of its enthusiasm. The album begins with a roaring version of Hank Williams' "Why Don't You Love Me" and doesn't stop. Costello sings with conviction on the tear-jerking ballads, as well as on barn burners like "Tonight the Bottle Let Me Down." It's clear that Costello knows this music, and it's also clear who he learned it from: Gram Parsons. Costello covers Parsons' "Hot Burrito No. 1" and "How Much I Lied," and all of the music on Almost Blue recalls Parsons' taste for hardcore honky tonk and weepy ballads. It's to Costello's credit that he made a record relying on emotion to pay tribute. 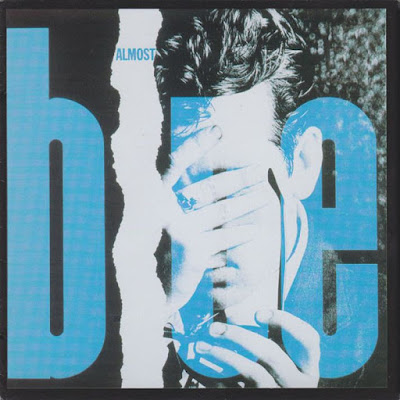 Following the frenzied pop-soul of Get Happy!!, Elvis Costello & the Attractions quickly returned to the studio and recorded Trust, their most ambitious and eclectic album to date. As if he were proving his stylistic diversity and sophistication after the concentrated genre experiment of Get Happy!!, Costello assembled Trust as a stylistic tour de force, packing the record with a wild array of material. "Clubland" has jazzy flourishes, "Lovers' Walk" rolls to a Bo Diddley beat, "Luxembourg" is rockabilly redux, "Watch Your Step" is soul-pop, "From a Whisper to a Scream" rocks as hard as anything since This Year's Model, "Shot with His Own Gun" is Tin Pan Alley pop, "Different Finger" is the first country song he put on an official album, and that's not even counting highlights like "New Lace Sleeves" and "White Knuckles," which essentially stick to Costello's signature pop, but offer more complex arrangements and musicianship than before. In fact, both "complexity" and "sophistication" are keywords to the success of Trust -- without delving into the minutely textured arrangements that would dominate his next pop album, Imperial Bedroom -- Costello & the Attractions demonstrate their musical skill and savvy by essentially sticking to the direct sound of their four-piece band. In the process, they recorded, arguably, their most impressive album, one that demonstrates all sides of Costello's songwriting and performing personality without succumbing to pretentiousness. 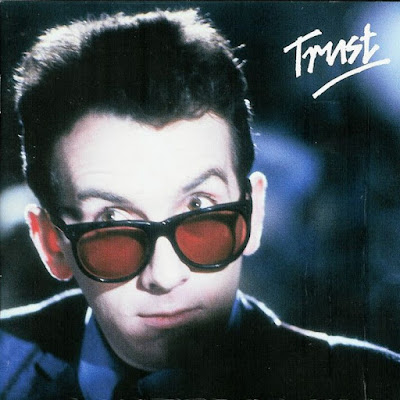 Seems there is a problem in the blogger ... well I try again.
Was saying sorry to tell but the link to Elvis Costello & The Attractions - Almost Blue (flac 385mb) leads to an ogg file ... NO FLAC ... Would you please change it? Thanks in advance!

That was quick, anyway all that turbo election news got me somewhat distracted, but almost blue is up in flac now

Hello, would it be possible to re-up "This Year's Model" please? Thank you.

Hi Rho, happy pre-Noel!
Can you please re-post "This Year's Model"? Thanks!

Thanks for the re-ups, Rho.

great re-up, thanks Rho and the fella who requested.

Could you please re-up Elvis Costello Trust Bonus disc. Thank you in advance.

Could you re-up all of these great Elvis albums? Thanks.

Could you please re-up the Bonus Disc for Elvis Costello's "Trust" again? It looks like it's been over a year since it was uploaded and has since expired. Thank you so much in advance!