Well, I'm back not without overcoming major XP problems, it really baffles me how microsoft can get away with so much bunk, why isn't there more choice ? 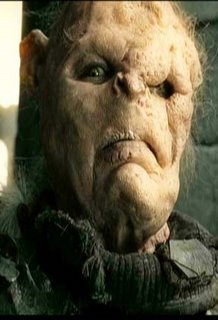 This is what you get in a one party state . Degeneration ! I'm sure the launch of Vista will make matters worse, even less control for the customer who afterall pays, and more control for the multinationals, that need to know your every preference, so they can serve you better.

If you believe that, than i'm sure you believe Bush aswell when he says this new terrorist law will make you safer. Hell is round the corner, at an Halliburton internment camp near you !
" We will guard your safety, you will not be alowed to die or escape in any other way, we need you ! Do not think, it will make you sick ! Sickness is anti-social behaviour , we would have to cure you at the expense of the others." 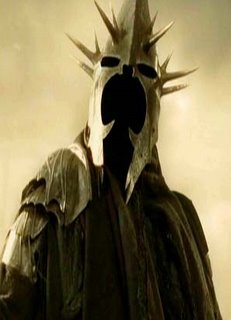 " Behold ! Our great leaders have given us a new statue of liberty, we shall not want !
Our days will be endless, our nights full of sweatness. We are strong, we are the envy of the world, our great leaders will protect us from those that dare stand in our way, we will crush them to dust, the future is ours !"

Surfing the net, you meet people that consider all this non sense, it won't, it can't happen. Well, were you to go back pre 9//11 and tell the people what is law and custom now, 5 years later, they'd consider you crazy, the US the most despised and dangerous state in the world ? Come again. We ARE the world ! They'd say, that was wrong then as it is now, the world is much more than the US and the world knows much more about the world than US citizens do, infact their ( even geographic) knowledge is so poor it's almost unbelievable. So who's the president of Russia these days ? You'd be hard pressed to find 1 in 10 answering that one.

It's much easier to control the people in such a climate of general ignorance. Further confusing them with double speak, and trust no one not even yourself. F.i. the way the label liberal is used by fascist/pseudo christian quarters is almost beyond belief. Liberal stems from liberty, it means freedom to do what you want and respecting others. Not in the US these days, where war means peace in the white or should we call it black house these days ? 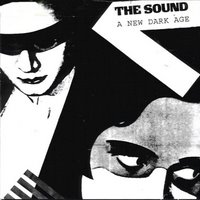 In the early eighties, at least in Europe there was widespread resistance to the deployment of cruise missiles( nuclear weapons). One of the bands that knew how to channel these feelings was the Sound, led by an excellent singer/songwriter, Adrian Borland. Alas he didnt have the looks , therefore commercially uninteresting. In many ways The SOUND was emo avant la lettre. Largely unknown at home (UK) , they did have a following on the continent, myself included, in fact i met Adrian and the band on more than one occasion.

This compilation is mainly made up from their first three albums, Jeopardy which delivers the frontcover here aswell , "From the Lions Mouth " their masterpiece and "All Fall Down". Afterwards when recognition at home stayed out, they made two more albums but things went south, and 1987 the band broke up. Afterwards Adrian Borland made a considerable number of solo albums, but largely faded into oblivion. Plagued by voices in his head and depressions, he finally threw in the towel april 99 and commited suicide. His website brittle heaven is active and maintained by a close friend who recently released new material. Worth a visit !

This is a blogg* to share my eXcess; that which reached, touched, entertained or angered me, in general all that draws my interest and thereby transmutes my Xsistance.
So what will be posted here, some of the music i love, i will post on metaphysical matters..this existance reaches so much further than most of us are aware, or even dare to think about. I too am entrapped by the state of the society in which we live, so i will have something to say on that aswell.
The internet offers lots of funny, entertaining and informative websites and these days thru youtube or google video's aswell. I will share my favourite findings aswell here.

*
This aint no mistake but points to the format i will use to share music-ogg, better quality and higher compression- win-win, and widely available. I like my music to sound as close as possible, even garage-trash.

Why are we here ? Just 4 simple words, and a lifetime to answer is not enough, it seems many people rather forget about it. Science, in a desperate attempt to give an answer, reduces everything (the scientific way) to a materialistic state, with or without a metaphysical wizzard as point of origen.

Old news, the reductionist route has led the fysicists to the quantum state. The atom turned out to be nothingness. The electrons, like planets orbit the nucleus in spherical layers called electron shells at discrete distances from the nucleus. The positive core, which in itself turnout as charged emptiness consisting of particals that break up in several spin states that have been proven to be non locally connected..out went time/distance as base to build our existance on.

Not much of this has thusfar trickled down into human consciousness, specially the the scientific community seems unable to shed it's niche blinders, in fact the self-serving witchhunts of heretics are all to common these days.
Enough of that now, it will certainly come up again (and again alas). In the meantime for those interested to wrap their mind around current pathways, a 200 page PDF to offer some guidance.

Distortion Awakening is a coherent view of the progress of science, through Newton, Einstein, quantum and post-quantum physics, to show how science is moving towards an understanding of the quantum evolutionary leap/transition process.


When the path ignites a soul,
there's no remaining in place.

The foot touches ground,
but not for long.

The way where love tells its secret
stays always in motion,
and there is no you there, and no reason.

The rider urges his horse to gallop,
and so doing, throws himself
under the flying hooves.

In love-unity there's no old or new.
Everything is nothing.
God alone is.

For lovers the phenomena-veil is very transparent,
and the delicate tracings on it cannot
be explained with language.

Clouds burn off as the sun rises,
and the love-world floods with light.

But cloud-water can be obscuring,
as well as useful.

There is an affection that covers the glory,
rather than dissolving into it.

It's a subtle difference,
like the change in Persian
from the word "friendship"
to the word "work."

for the inner conversation.
Your hand and feet must move,
as a stream streams, working
as its Self, to get to the ocean.
Then there's no more mention
of the search.

Being famous, or being a disgrace,
who's ahead or behind, these considerations
are rocks and clogged places
that slow you. Be as naked as a wheat grain
out of its husk and sleek as Adam.

Don't ask for anything other
than the presence.

Don't speak of a "you"
apart from That.

A full container cannot be more full.
Be whole, and nothing.


Time for some music for the soul, as synchronicity would have it, i came across this link to a brilliant album by Material "Seven Souls" today. Take NY funk, add a layer of Moroccan soul, and top it off with a crunchy topping of William Burroughs, his voice carries us along on a journey to the Western Lands. The quest for immortality is the theme, and it is never strayed from. Struggles more important than life and death are explored and questioned, leaving you to decide whether or not to pursue the prize. Highly recommended,