Today's artist is an American composer of space music, a genre of ambient electronic music, and New Age music.  Jonn soars and glides with his hands on the controls of analog and digital synthesizers. His rhythmic outings often have an understated heroic feel, although he has also done some more pop-oriented instrumentals
....N'joy

Serrie has been composing and performing music for planetariums since the early 1980s. His first widely available album, And the Stars Go With You, was in memory of the astronauts lost in the Space Shuttle Challenger disaster in 1986. The following album, Flightpath, contains six songs that commemorate the pre-space-age test pilots of Edwards Air Force Base in the 1950s. Jonn is a pilot with advanced instrument and commercial ratings and flies for the Civil Air Patrol as a search-and-rescue pilot.

Serrie's next album, Tingri, was based on a remote village in Tibet. It was his way of infusing more spiritual and romantic emotion into his music. In so doing, he strayed a bit from his space music roots but without sacrificing his trademark sound. In 1992 and 1994, he made two albums in which he put his earlier planetarium work from the 1980s on CD, on Planetary Chronicles, Volume 1 and Planetary Chronicles, Volume 2. In between, in 1993 and 1995, Serrie composed his own musical science fiction story based on a fictional Century Princess in Midsummer Century and Ixlandia. In 1993, he submitted a song from his planetarium collection called "Soft Landing" to a Various Artists album sponsored largely by Steve Roach, another prominent new age musician. This song is only available on this recording. In 1997, Serrie's first Christmas album Upon a Midnight Clear was released; he rearranged known and less-known Christmas songs from around the world in his unique style. Due to its popularity, Serrie released two more Christmas albums, Yuletides in 2001 and Merrily on High in 2004.

In 1998, Serrie collaborated with David Carradine on his tai chi video series and released a CD soundtrack based on the videos, called "Dream Journeys". Also in 1998, he took a trip to shamanic America, which resulted in his musical collaboration with several Native American elders on "Spirit Keepers". In 1999, Serrie appeared as a special guest of honor at the 30th anniversary of the Apollo 11 moon landing mission, which was held in Cape Canaveral. As the final act of the after-dinner entertainment, he played a specially composed song "Out of the Blue", which has not been officially released.

The year 2000 brought Serrie's "best of" space music compilation, Century Seasons. On this album two new songs appeared, although "Deep Mystery" reappeared on "Lumia Nights" two years later in a slightly shorter version. The other bonus track, "Andromeda Dream", appeared on this album. In 2000 Serrie collaborated with flutist Gary Stroutsos on the Narada label, on an album called Hidden World. Since 2000, several of Serrie's albums have appeared on independent labels. 2002 brought Lumia Nights, a space romance release on Valley Entertainment, composed in the style of Ixlandia and Midsummer Century. In 2003, he signed a contract with New World Music, a major label in England, which included the reissue of his earlier Miramar releases. 2003 also brought The Stargazer's Journey with liner notes from famed astronomer David H. Levy. This was a return to form in Serrie's more traditional space music style.

Serrie took an interesting musical turn in 2005 with Epiphany, Meditations on Sacred Hymns, featuring his arrangement of traditional hymns and psalms, which he dedicated to his grandmother, his primary childhood church organ and piano teacher. He followed this up in 2006 with Sunday Morning, an independent release for autistic children and their parents. A portion of the profits from this album goes to support for autism organizations in the United States. Also in 2006, music from one of his albums was used in the hit Hollywood movie What the Bleep Do We Know!? Serrie scored the award winning IMAX short film Hubble: Galaxies Across Space and Time as well as the popular astronomy software program Starry Nights and Space.com's Eyes on Mars DVD. In 2009, Serrie released the album Thousand Star.

This musical journey explores hymns of the late 19th century to the modern choral piece 'O Magnum Mysterium' written by Los Angeles Master Chorale's composer-in-residence, Morten Lauridsen. Serrie also adds an original composition, 'Light of Thy Countenance', to this introspective collection. With Epiphany: Meditations on Sacred Hymns, Serrie returns to his roots (he was once a church organist) to bridge the gap between space music and religious melodies of sacred hymns. 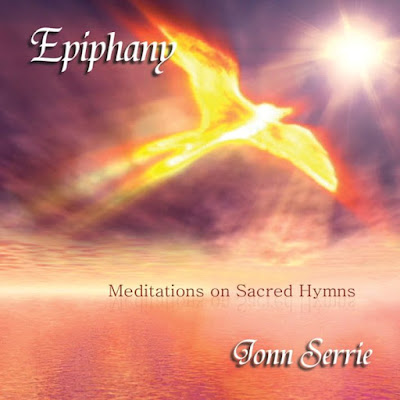 Sunday Morning is composed with the sounds of the seashore woven into the fabric of the music as a gentle foundation. Filled with relaxing and therapeutic values, the songs create a powerful and peaceful atmosphere. 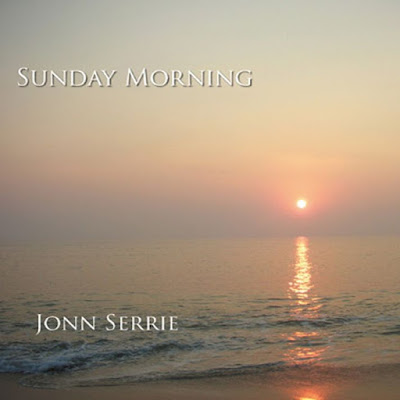 Maybe you'd prefer Sunday Morning in Hemisync format. Just follow the instructions.....
Traverse the far reaches of space and your own being with the electronic music of Jonn Serrie. Jonn Serrie says his electronic music "exists to help us explore a sense of ourselves and our place in the Universe. With the addition of Hemi-SyncÂ® to these relaxing, flowing melodies, get ready to embark on a fresh new journey into space while delving into the vastness of your own being.

Hidden World Beyond is a reprise of the 2000 Hidden World collaboration between these artists. That album won numerous awards including Critics Choice in Billboard. Jonn Serrie's extensive catalogue sells very consistently with his Epiphany Lumia Nights and Stargazers Journey consistently ranked in Amazons top 10 or top 20 classical and instrumental charts. Serrie's catalogue has sold over 1,000,000 albums! Serrie was featured prominentry on the soundtrack to the popular movie 'What the Bleep Do We Know', including an early version of the title cut to this CD. Gary Stroutsos is an internationally renowned historian on the Native American flute styles. He has recorded for the Makoche, Paras, Red Feather and Narada labels and has composed and performed music on various PBS documentaries. In addition to performing with a wide variety of artists from David Lanz to Glen Velez to R. Carlos Nakal, Gary is also well know on the lecture curcuit for his professorial knowledge of the flute and Native American flute traditions. Both artists tour regularly. Serrie's 2009 album, Thousand Star, was conceived, according to the back cover artwork, as a "sonic voyage into deep space." The song titles and poem act as a guide as to where and how the voyage unfolds with timing and sound design elements emphasizing direction and place. The album is intended to play as if the listener were taking part in a science fiction novel, told with music and sound design instead of words and pages.

The title track, "Thousand Star," features expertly layered washes of synthesizers and keyboards. The highlight of "Belle E'poque 3012" is Serrie's haunting, sparse piano, but all the individual portions of the song, including those with fast synthesizer patterns, blend seamlessly. Gurgling synthesizers and crisp laser-burst sound effects pepper "Course Projection on Tactical." The epic "Enroute to Delta Pavonis" weaves warm and icy tones together along with radio transmission sounds and computer blips and bleeps. Longtime space music fans will certainly embrace Thousand Star. 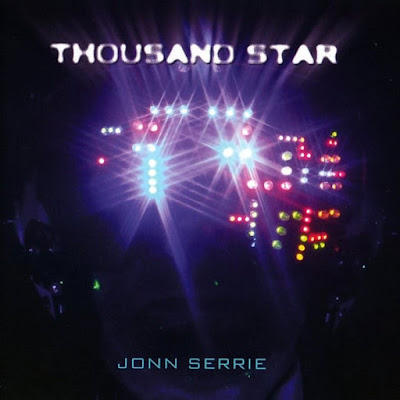 Hello Lee what can i say, preposting for several days can give glitches, uploads were done but not entered, but now they have..n-joy

Could you plse lay hands on it once more?
Thanks in advance
Thomas

Hello , what can i say , Deposit is an odd host , it gives a link and then looses it, mind you Sunday Morning was still available in hemisync, anyway i upped it at mir now...