Hello, the last of the Inside Out's for the moment

For most people, consciousness is a single state that is constant and unchanging. Besides dreaming sleep (which is often dismissed as irrelevant), consciousness is what defines people as awake, alert, and able to function in the world. There are other states of consciousness, however. Trance, for example, is every bit as real as the usual state of consciousness but is all but ignored in our modern world. Shamanic communities, by contrast, consider altered states are as real as anything in this world and, what’s more, they can be incredibly useful.

Consciousness may not be something that humans have but something that we have access to. Instead of our minds holding knowledge, perhaps they are like antennae receiving and filtering an external source of knowledge. Rather as a radio receives signals, then unscrambles them to provide music and speech, so our minds also receive signals, unscrambling only those parts we need. Since the knowledge we could potentially access is unlimited, our minds work hard filtering this information to provide only what is relevant.

When we enter an altered state of consciousness, this filter breaks down and our minds now receive vastly more information than before. We can tap into sources of wisdom that usually lie beyond our reach, and we can communicate with plants, animals, and everything else around us. To access an altered state of consciousness is to remove the filter of our mind and plug ourselves into the seething mass of information that always surrounds us but that we usually tune out. For someone unused to this realm, such as an individual experimenting with hallucinogenic drugs, the experience can be mind-blowing. There is sensory and information overload. Shamanism is a means of controlling the flow.

Shamans argue that everything has a spirit and for spirit, we could read self-consciousness. To connect, however, we need to go to a place where the filters are removed and we can interact freely: an altered state of consciousness. Maybe animals do this all the time and we are just unaware of it. Ultimately, there is no limit to the wisdom we can access or to the knowledge we can hold. If we remove the filter of our mind then the entire universe becomes knowable.

A Shaman is a person who is of service to their community and the larger community of the world. How this looks for each shaman is different but they are all healers in one way or another. This may be as simple as healing themselves and allowing that energy to spread or they may directly assist others in healing, they may be teachers helping to keep the medicine wisdom alive, or they may work with nature sending healing into mother earth. While traditionally shamans were associated with native cultures, today the call for healers is reaching all corners of the planet transcending the limiting beliefs and cultural programing of race, religion, gender, and past wounding. My own experiances as a shaman have opened me up to a whole new perception of life that is both freeing and grounding. Shamanism has helped me find meaning through healing.

Shamanic healing work has been used by many cultures worldwide for thousands of years. Shamans work with the world of living energy to effect change in the physical world. By working with a person's energy field a shaman is able to assist a person by helping them work through things on many levels.

Based on the research by DE Stuckey into the Sacred Ayahuasca of the Shamans of Peru, this track contains brainwave frequencies which mirror those during sacred Ayahuasca trance.  Recorded with powerful audio from nature and combined with mysterious sounds that evoke sensations of the shamanic altered state.

Use this to:
Experience dream-like sensations.
As an aid for very deep meditations.
Enhance your Shamanic / Spiritual practices.
Promote mental and emotional healing.

Requires Headphones for Dual-Hemispheric effects, positive effects continue after the use.

Full of evoking natural and mysterious sounds, this special Shaman-Tek CD is based upon extensive research into the shamanic  rituals of Peru.  Using dual-hemispheric technology, as well as Brainwave-Sync’s highly respected entrainment techniques ‘Shamanic Consciousness’, becomes a journey into the deepest realms of your being. 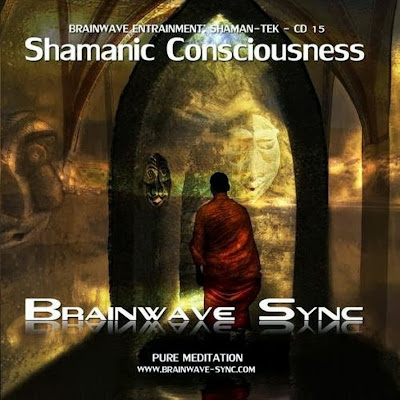 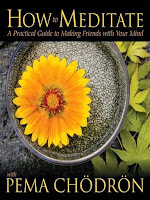 This is a recording of a 5 week retreat led by Pema Chodron based on the concepts in her book. She explains the ideas so much more clearly than I've read in the past and is intended for Western audiences who might not understand some of the language one finds in Eastern philosophy. For example, the concept of ego has always confused me in Buddhist teaching and she makes it far easier for me to apply to my own life. The recordings contain a talk by Pema Chodron, about a particular concept, then meditation exercises and an assignment to work on. I've found them very helpful.

Overall, Pema's voice & presentation are extremely peaceful & meditative--quite conducive to these practices, though she aims at you becoming "your own meditation instructor." To have a more complete appreciation of Pema, see her Good Medicine video. This set is valuable for newbies (though some of the terminology may be unfamiliar) as well as those who have practiced meditation before. It is also a nice refresher.

Today's artists continually develop the quality of the sound of their projects,  these guys are seriously keen on contemporary sound technics of chill-out ambient and also folk and world motifs - their music is transforming, develops and is always full of new ideas and concepts. ... N'Joy

Koan is the Duo comprised of Daniel Roeth and William Grey, and are based in Moscow, Russia. Daniel had been spinning vinyl since 1993 in local clubs; mainly Acid and Hard Techno. In 1995 he met William, who already had some experience in music making and sampler technologies. Together they founded two projects, “Koan” for Downtempo and “Vacuum Stalkers” for more Progressive/Tech stuff. Daniel soon left his career as a DJ and put all of his energy into the studio work. William took on the role of Sampler Programming/Producer.

During 1995-2005 they wrote and recorded a lot of tracks, some of which disappeared in time bubbles and some of which were released and had a lot of success in local Moscow clubs. The real success came after the release of their first album “Talking Stones” (2005) at the same label When Invisible Becomes Visible EP (2005) and mix-album Signs (2006) were released. It expands borders of Koan's creativity offering absolutely other sight on ethnic lounge, than we have heard on the first album. In the same 2006 there was the first international-published solo disk Koan under the name Two Moon Butterflies (2006). The release has offered listeners the whole new sound quality level. Some indelible hits made album completely sold in no time by all large Internet psy shops. Many top labels released their tracks that year and Koan guys also spends active summer, participating in the European festivals. In 2007 musicians got a little break, fiercely working over the new style, a new sound and new ideas. The release of 5 tracks Fulfilled Wish EP (2007) at fresh perspective Russian studio became an intermediate result of year. Also released out a project composition at the compilation again. Koan was issued also on Blue Tunes Rec. In 2008 digital 4 tracks release Watermarks Remixes - which includes remix from Behind Blue Eyes.

They released “When the Silence is Speaking” in late 2009. In 2010 they were very productive releasing basically 2 double albums   The Signs: Entanglement and Inhale/Exhale. The next year saw the light of day for ‎The Fables Of Belovodye  ‎as well as 2 EP's   Circe's Touch Remixes vol.1 & 2 In 2012 Koan released Argonautica, the Mitakuye Oyasin EP and the six versions La Incertezza EP. 2013 has been relatively quiet thusfar just the Red Path EP and one double album When The Silence Is Speaking / When The Silence Is Moving. You could say these guys have been very productive and all to a very high standard wouldn't they have come from
Russia they'd probably be called a supergroup by now....

Daniel Roeth and William Grey, known as the Moscow Koan is a duo, which arose in the early 1990s. When Invisible Becomes Visible is their second single, in turn, released in 2005. Nasca Linestakes us on a journey through the desrt and the sky almost characteristic "koaneske" sounds reminds of Japan. Mai's Crystal Bridge does not deviate much from the previous track. Daniel'a distinctive style and William accompanied us from the early seconds. Once again we experience pleasant and blissful relax among the blue clouds. Both pieces attest to the high level of sophistication of the Moscow duo.

After a success of first CD release "Two Moon Butterflies" on TranceXplorer label, Koan is ready to please it's listeners again. Not giving up the idea of it's original "ethno-lounge" style, Koan continues to develop it musically and geographically. This time it takes us to Middle East region deeper into Arabic culture. This EP consists of 5 tracks made in one style with unique "monolithic" mood. Filled with Arabic shades and melodies it is fully based on modern technologies of electronic music creation. As before we get calm and gradually evolving compositions with well thought-out inner links. Hypnotic percussion perfectly matches to ethnic melodic patterns and gives solid background to each track. 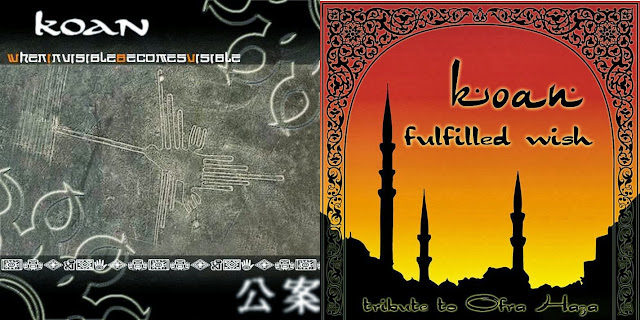 During 1995-2005 this talented duo have produced a handful some been kept in the drawer, some released and received great responses in the local Moscow scene. Their tracks have been featured on compilation of well known labels such as Iboga and Sofa Beats.Their music in clubs and open air chill areas bring people a lot of joy.In the end of 2005 they joined Trancexplorer crew and the result of the meeting is this incredible piece of work. Two Moon butterflies takes you deep down into the deepest places of your soul, unlashing the butterfly in each and everyone of us. 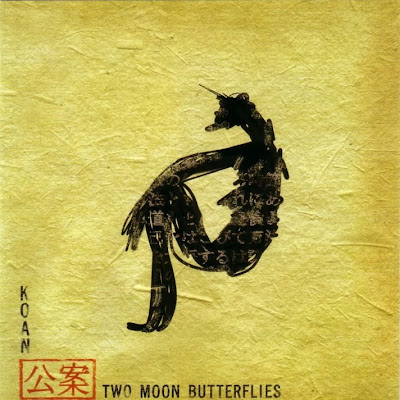 Koan have once again put a foot on higher step of that creative ladder. Their 2nd CD-Album is a real pearl with no weak track and superb production quality, never becoming boring or repetive. The harmonic arrangements are spacy and floating with warm basslines. If you like electronic, downtempo, mind expanding music, well you are in luck. For downtempo-psychill, amazing bass, beautiful crisp sounds, and positive energy, you gotta give this a listen, simply one of the best albums there is in this genre. 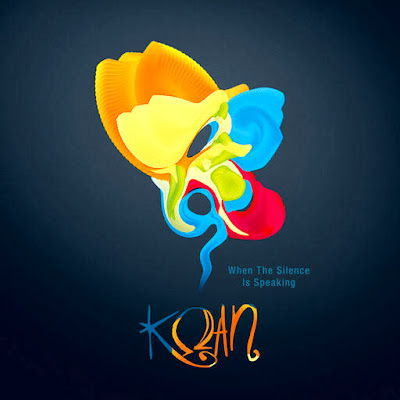 Can you reup Koan's albums (not the other ones posted, if you want to save time)?

Thank you for such an amazing blog.