These months Frenchies rule the beats and they have plenty to offer even though not that much reaches the world as  the music scene is rather dominated by the Anglo - American industry. Meanwhile the French enjoyed themselves in their own niche so to speak, and they did rather well. Today's artist's actual name and album title are ambiguous; releases, reviews, and even the official artist and label websites use "Black Devil" and "Black Devil Disco Club" interchangeably, but since they got re discover so to speak things have gone crescendo and now back to the future. .  ....... N'joy

The first Black Devil release was the relatively obscure "Disco Club" 6-track EP in 1978. The actual artist name and album title are ambiguous; releases, reviews, and even the official artist and label websites use "Black Devil" and "Black Devil Disco Club" interchangeably. Songwriting credits on the EP named Junior Claristidge and Joachim Sherylee, aliases for Bernard Fevre and Jacky Giordano, respectively. In a 2007 interview, Fevre explained that Giordano's role wasn't musical, he just financed the recordings, and the co-writing credit was a way of recouping that investment. Previously Fevre,  also released synthesizer compositions on library music albums under his own name and under the alias Milpatte.

Originally released on Italy's Out label in 1978, it became somewhat mythical in the disco underground due to its scarcity. A copy eventually fell into the hands of the Rephlex label's PP Roy and won the hearts of Richard James (Aphex Twin) and Luke Vibert (Wagon Christ). Rather than do a straight reissue, Rephlex opted to first release a 12" including four tracks from the original vinyl; after that, they annoyingly trickled out the two other tracks, along with a couple outtakes and a remix from Luke Vibert (under his Kerrier District guise), via 12" and CD single releases that featured different track lists.

Songwriting credits on Black Devil Disco Club are Junior Claristidge and Joachim Sherylee, aliases for Bernard Fevre and Jacky Giordano, respectively. In a 2007 interview, Fevre explained that Giordano's role wasn't musical, he just financed the recordings, and the co-writing credit was a way of recouping that investment.Originally released on Out Records way back in 1978, Black Devil’s “Disco Club” is an extremely rare disco masterpiece, an epic journey into the deepest electronic disco ... It was made manually in a recording studio in the suburbs of Paris using synths and occasional tape loops and a drummer: no midi or computers. post-Moroder electro-disco pulse that would typify many productions out of Italy for the next several years. The manic dark energy, however, makes them unique from everything else. Vibert's Kerrier District remix of "Timing, Forget the Timing" barely strays from the original and acts more like an extended version, with minor accents (namely handclaps) added. 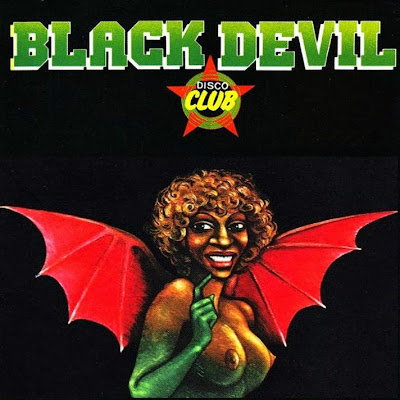 Disco Club's follow-up, 28 After, is just as ambiguous as it's predecessor. Its analog noises and disco beats recall the ‘70s, but its intricate and experimental sound suggests a more modern genesis. The kaleidoscopic range of timbres and the meticulous production are outstanding: throughout the album, keyboards, percussion, and harmonious vocal samples anchor the beat, while crazy retro electronics set the mood of the music, which ranges from funky to cool and almost nocturnal. Overall, 28 After is an enjoyable and satisfying album that should appeal to dance fans from any era.

The second half of 28 After contains additional remixes of the same six cuts by a handful of more or less like-minded producers. While respectable, and certainly a more varied listening experience than either the original album or the dub program, most of these remixes don't stray too far from the mold. Elitechnique, Prins Thomas, and Black Mustang gussy up their respective selections with additional servings of pulsating synths, bongos, and disco handclaps, but don't deviate from the Devil's brisk, twitchy robotic pulse. In Flagranti do switch things up a bit on "Coach Me," slowing it down to funk it up and bring it a little more in line with the cosmic disco vibe, while Quiet Village offer a much calmer and -- hey -- actually dubby spin on "I Regret the Flower Power," which is fairly rote but still winds up as probably the most distinctive and pleasurable thing on here -- not that that's saying too much. 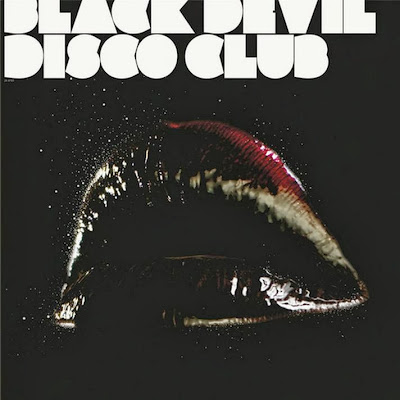 Bernard Fevre may have been largely inactive in the quarter-century between the little-heard initial release of his 1978 Black Devil opus Disco Club and its 2004 re-release (and attendant critical plaudits), but he's certainly been making up for lost time since then. In the ensuing years, he's toured, cut a handful of remixes, issued a follow-up LP of uncertain provenance (28 After), a remixed version of same (In Dub), and another similarly styled album (Eight Oh Eight) of evidently new material, which was presented as the third and final item in the Black Devil oeuvre.

Honoring that notion (at least for the time being) while still keeping the ball rolling, Fevre has now turned to his pre-1978 output -- several albums of electronic library music (i.e., generic-use soundtrack cues) -- for source material. Neither a wholly new outing nor a straight reissue, this release is a curious amalgam: it contains about half of the tracks from 1975's The Strange World of Bernard Fevre -- two of which had surfaced more recently on the crate-trawling library music compilations Further Nuggets and Space Oddities -- all of them newly spruced up with richer, fuller production and extended a good minute or more past their original one- to two-minute snippet length. The remaining half of the tracks are previously unreleased, though it's hard to know for sure whether they're wholly new or just salvaged from '70s scraps. It's certainly an unorthodox approach to constructing an album, but it's a sensible one for this material, which benefits from the expanded focus. The results are enjoyably old-fangled but not overbearingly so, making for an engaging, immersive experience and arguably a more rewarding one than the latter-day Black Devil efforts. The sound palette is familiar -- nothing but deliciously musty analog synths -- but the emphasis is on mood-alteration rather than dancefloor incitement, spanning an emotional range from seedy to spacy to spooky and, of course, campy. Strangely delightful. 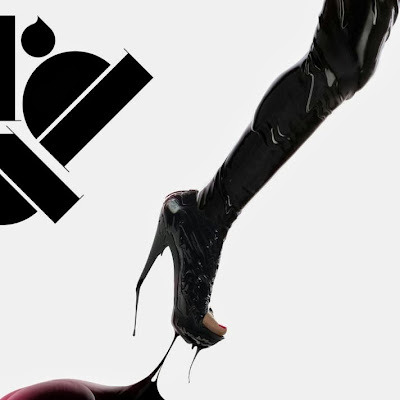 Thank you so much.

Would be grateful if you could re-up these please.