Hello, one billion spent on the latest version of Grand Theft Auto this week, Hollywood is drooling but then they've last the plot years ago and made themselves dependent on ever more over the top cartoon action heroes which defacto has layed the groundwork for the games industry that deliver the interaction that is craved by their audience. It's clear to me that blockbusters make little sense anymore, but then at the other end Cabel TV series like Breaking Bad and most of the HBO programs excel in the story telling that once was the premise of Hollywood (decades ago), that now has been taken up by the independent movies industry as well. I wonder how all this will pan out for the cinema's, I doubt it will be a profitable business much longer. Meanwhile i have to admit here I never cared much for gaming just too time consuming but hey clearly there are many that think it's time well spent.

These months Frenchies rule the beats and they have plenty to offer even though not that much reaches the world as  the music scene is rather dominated by the Anglo - American industry. Meanwhile the French enjoyed themselves in their own niche so to speak, and they did rather well. Today's artist's music will linger in the minds of most only for his omnipresent Levi's advert and 1999 European chart-topper "Flat Beat," music-video director Quentin Dupieux turned in some excellent electronic productions far from the madding crowds of ad-oriented hipster trance or jungle.  ....... N'joy

Quentin Dupieux was born on 14 April 1974 in Paris. At the age of 12, he found a camera and started taking photographs. While still a teenager, Dupieux began directing short films for French television, and turned in no less than eight works between 1994 and 1998. At 17, he began to play music to illustrate his images, and he bought his first synthesizer. His associations with the music world began in 1997, when leading French dance citizen Laurent Garnier serendipitously bought a car from Dupieux's father. Dupieux directed the video for Garnier's "Flashback" single, as well as the long-form video Nightmare Sandwiches starring and featuring music by Garnier. That year, he also moved into music production, with his debut single "#1" appearing on Garnier's F Communications label. After the video he (naturally) directed for second single "M-Seq" landed on an ad-agency desk, he was tapped to direct the commercial that launched Levi's vaunted non-denim line of trousers. The eccentric advert -- featuring a puppet named Flat Eric maniacally bobbing his head to the music in the passenger seat of a Chevelle while a nonplussed human driver concentrated on the road -- soon became famous across Europe, and the single (also on F Communications) hit number one all across the continent. (It eventually sold over two million copies.)

After "Flat Beat", Oizo spent two months creating his first full album, Analog Worms Attack, which was released in 1999. The album's name was derived from the album's production – it was composed entirely using analog equipment. The record scratching effects were provided by Mr. Oizo's friend Feadz. "Flat Beat" appeared as a bonus track after the five minutes of silence following the final track "Analog Wormz Sequel". There are a total of three singles off of this album. A version of "No Day Massacre" without any record scratching exists on the Flat Beat EP, titled "Monday Massacre".

Moustache (Half a Scissor) was Mr. Oizo's second studio album. Released in 2005, the album was composed exclusively using computers as he had by that time decided to eschew the use of analog equipment. The extensive time it took to remodel his studio and master the use of computers in composing electronic music is cited as the reason for the long hiatus between Analog Worms Attack and Moustache (Half a Scissor).

Lambs Anger is the first studio album released by Ed Banger Records, the label Mr. Oizo chose after his split with F Communications. "Positif" and "Pourriture" were chosen as the album's singles. It includes a track, "Steroids", which features his label-mate Uffie. The track "Two Takes It" is a cover of the song "It Takes Two" by Rob Base & DJ E-Z Rock that features samples of "Let's Start The Dance" by Hamilton Bohannon; the song also features an unknown artist by the name of "Carmen Castro", that bares resemblance to that of Uffie.

Mr. Oizo provided both production work and songwriting for Uffie's 2010 debut album, Sex Dreams and Denim Jeans. He worked alongside Feadz, SebastiAn, Mirwais, J-Mat and Uffie to produce and write the album. He produced the first single from the album, "MCs Can Kiss", which peaked at number 48 Japan and 97 in France. He also produced the tracks "Art of Uff", "F1rst Love", "Our Song" and "NeuNeu". Stade 2 is the fourth full-length album by Mr. Oizo. The album was released on iTunes only on November 11, 2011 on Ed Banger Records, and was released both as CD and in other music stores on December 27. The Vinyl format was released in 2012.

Mr. Oizo's first feature film, Steak was released in France on 20 June 2007.On 25 September, Oizo wrote on his Twitter feed that his next film would be titled Rubber. Shooting for the absurdist thriller started 27 October 2009. In the November 2009 issue of Mixmag, electronic music duo Justice stated that they would be working on the soundtrack for Rubber, saying they had to 'finish working on the soundtrack for Mr. Oizo's new film before we start recording for the new album'. However, only Gaspard Augé of the duo worked on the soundtrack, collaborating with Oizo himself. The film had a United States Video on Demand release. A new film entitled Wrong premiered at the Sundance Film Festival in 2012. Another film by Dupieux called Wrong Cops is being produced by Realitism Films. As its website says, "It is a filthy 90 minute comedy about some disturbed cops. It is not a sequel to Wrong." The first thirteen-minute chapter of the film premiered at the 2012 Cannes Film Festival.

On Mr Oizo debut EP #1 where most songs stick to a minimal techno sound, it's tracks like L'Homme De Fer which stand out as an indicator to the Hip Hop influenced sound he took further with Analog Worms attack. I can't help but recommended this for fans of his work, While this is very different from the electro throb of Flat Beat and the glitch stylings that dominate his later body of work, it is foolhardy to think that songs like Kirk or Klum don't pulse with the same energy.
M-Seq was Mr Oizo’s second release on Laurent Garnier’s F-Comm label (before the Levi’s advert, world domination etc.) and is a real killer! Five tracks ranging from instrumental hip hop stylings through to mashed Oizo techno - the highlight for sure is the title track – a fat house cut driven by some dope analogue bass and eccentric whirrs and pops, Oizo styles and Featured on Matthew Herbert's “Letsallmakemistakes” mix for Tresor. Classic
Flat Beat started the Fidget House trend, as it has wonky basslines, heavy minimalism, and the overall quirkiness of it all (but M-Seq released a year beforehand is quite possibly the first fidget track ever made, though). This is one heck of a classic stomper, and at least 8 years ahead of it's time! The video featuring that imfamous Flat Eric is priceless, plus his other lesser known works are just as fun and good as well, and will still work on the dancefloor !

The album debut for Quentin Dupieux may not have received worldwide distribution had it not been for its most publicized track, the notorious Levi's advert and crossover hit named "Flat Beat." But it's doubtful Dupieux will turn into a one-hit wonder -- and if he does, there's always his directing career -- since Analog Worms Attack is an inventive album that somehow marries the experimental side of techno (Cristian Vogel, Laurent Garnier) with the outrageous flair of novelty tracks usually seen on, well, television commercials. Even including "Flat Beat" (which was wisely added only as a bonus track), the highlights are "Monophonic Shit" and "No Day Massacre," two tracks that blend surprisingly deep grooves and oddball effects. It's not so much a sense of humor that Dupieux displays here; it's closer to the playful side of quasi-pop electronica fashioned by Mouse on Mars and Like a Tim. Fans of the trademarked "Flat Beat" sound will find much to love as well ("Smoking Tape" and "Flat 55" are most similar to the hit), making Analog Worms Attack a left-field treat for both pop-culture seekers and genuine music fans. 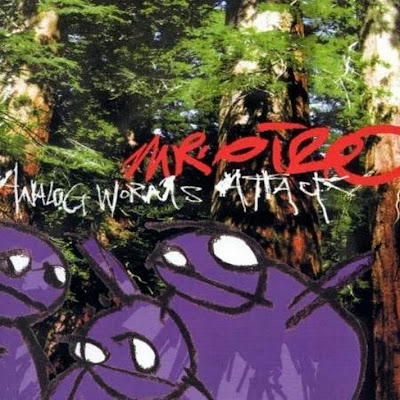 The head of F.com (the French label on which this album was originally issued) has declared it . When the person in charge of selling your album says it to be "unbearable" listening, you might get a bit discouraged, but then we know how off these managers can be. Quentin Dupieux, who writes and records strange electronic music under the name Mr. Oizo, takes such comments in stride, and in all fairness, Moustache (Half a Scissor) is actually far from unlistenable. Willfully bizarre, yes; whimsically weird, yes. But his beats are funky enough, and stop just short of the brokenness threshold. And though there's not much here in the way of melody and the album's overall sound is as chilly and astringent as an alcohol swab, there's a wild variety of colors and textures here to hold your attention. Check, for example, the vocal samples on "Straw Anxious" and the sly organ sounds on "Nurse Bob." The stuttering keyboard sounds on "Stunt" hark back to the glory days of 1980s synth pop, while "Square Surf" nods to house music in a friendly way without quite embracing it. Even at a party you might not play this album all the way through, but any one of these tracks is guaranteed to change the tenor of the conversations for a moment, and probably for the better. 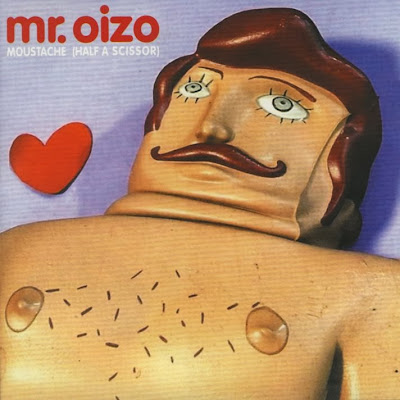 Great post, thanks. Would be sensational, though, if "Lambs Anger" would be also in that list. Possible?

Hello Chris I do have it and Stade 2 as well but i tend to forgo on recent work and although Lambs Anger is 5 years old its still recent on this blog. Sorry