Hello, Costa Concordia salvage mission a success only at what price, the Italians did it themselves with a blanco cheque from the insurer, obviously it cost twice as much a planned, many challenges still to overcome in the most expensive salvage project in history, whose cost has already topped €600m (£500m) and will keep rising. Oh well many Italians earned some good money, the Dutch salvage experts have shaken their heads, the ship could have been dismantled by now for half the money, but then Italian stupidity is followed by Italian pride. I doubt very much they would be as proud if the insurance agency had told them, look the Dutch offer to do the job for 250 million, Italians do it and you will have to pay the rest yourselves. Personally i would sack the guy that negotiated for the Insurance company, likely he took a big kickback.

Throwing Muses formed in 1983 Kristin Hersh and her step-sister Tanya Donelly who were attending Rogers High School and were initially called themselves "Kristin Hersh" and the Muses in which they were accompanied by bass player Elaine Adamedes and drummer Becca Blumen but were later replaced by Leslie Langston and David Narcizo. They released their debut self-titled EP in 1984 on their Blowing Fuses label. They then released a set of demos, later known as The Doghouse Cassette, garnering a number-one college radio hit, "Sinkhole," that year. The demos impressed Gary Smith of Fort Apache Studios and he lead them to a signing with 4AD being the label's first American band

In 1986, the group's debut album was put out by the prestigious British label 4AD, produced by Gil Norton; Throwing Muses was the first American band to be released on that label. Throwing Muses' angular, anguished, mercurial sound had much to do with Hersh's mental illness (she suffered from a form of bipolarity that caused her to hallucinate), . Hersh has written the memoir Rat Girl about the year the band moved to Boston, was signed, and recorded their first album.

In 1987, they released two EPs, Chains Changed and The Fat Skier, released 6 July. In 1988, they released their second studio album, House Tornado, produced by Gary Smith and engineered by Paul Kolderie; it was recorded at Fort Apache Studios in Cambridge, Massachusetts. The album was released internationally on the 4AD label, except in the United States, where it was released by Sire Records.

In 1989 they released their third album, Hunkpapa, produced by Gary Smith and engineered by Steve Haigler. The album shows Hersh experimenting with more conventional melodic structures. In 1990, bassist Leslie Langston left and was replaced by Fred Abong, and they recorded their fourth album, The Real Ramona which marked a break from the heaviness of the previous albums, with lots of shimmery pop gems penned both by Hersh and Donelly, who contributed at least one song per album throughout her stay in the band. Creative tensions between the two songwriters rose until Tanya Donelly left the band to play bass for The Breeders and then went on to form Belly and was followed by Fred Abong, who also joined Belly.

That year Hersh re-formed the Muses with drummer David Narcizo and released the band's fourth album, Red Heaven. After that, Hersh released a solo album and toured extensively, leaving fans to wonder about the status of the Muses. In 1995, however, Hersh and the rest of the Muses (Narcizo and bassist Bernard Georges) released University, one of the band's most cohesive and accessible efforts. University was followed by Limbo in 1996. The group's dissolution was announced soon after, with Hersh continuing on as a solo artist.

In a Doghouse, a collection of rare early Muses material, followed in 1998. In spring 2000, the Muses reunited for a special event called the Gut Pageant, which featured a set from Hersh, Narcizo, Bernard Georges, and Robert Rust, as well as a solo performance by Hersh, short films by Narcizo, and a picnic lunch hosted by the group. During three weekends in 2002, the trio got together to record another album; released the same day in 2003 as Hersh's The Grotto, Throwing Muses (self-titled, just like their debut) was the group's rawest, loudest album. Donelly provided background vocals on some of the songs. Hersh and Georges subsequently recorded and toured as two-thirds of 50 Foot Wave, and Hersh continued her solo work. In 2011, the Muses assembled Anthology, a double-disc compilation of favorites and B-sides, and toured in support of it.Throwing Muses have currently been working on a new album possibly to be released later this year.

Throwing Muses' self-titled 1986 debut is still a startling collision of punk energy, folky melodicism, and Kristin Hersh's mercurial voice and lyrics. The violent, vibrant mood swings on songs like "Call Me" are a testament not only to Hersh's unique talent, but the elasticity of Tanya Donelly, David Narcizo, and Leslie Langston's playing. Even if the volatile moods on songs like "Hate My Way" aren't easily understood, they're easily felt; the twists and turns "Vicky's Box" and "Rabbits Dying" take are guided purely by the intense emotions they carry. Throwing Muses is almost as varied musically as it is emotionally, ranging from the scary punkabilly of "America (She Can't Say No)" to "Stand Up"'s angular, acoustic post-punk to the cathartic thrill of "Delicate Cutters"'s unsettling folk. Donelly contributes the surreal, ethereal love song "Green"; even at this early point in the Muses' career, it's clear that she is a more accessible, straightforward songwriter, despite the care taken to make the song sound more like the rest of the album. A powerful debut, Throwing Muses puts the work of most self-consciously "tortured" artists to shame; its fluid, effortless emotional shifts may not make for the most accessible music, but they're unquestionably genuine. 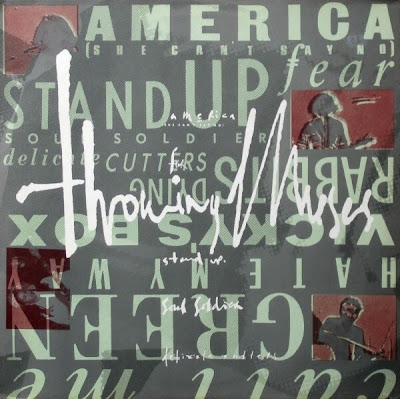 House Tornado, releases dutifully rely on Kristin Hersh's dark, surreal lyrics and punk-infused energy as their backbones. Kristin Hersh's lyrics are so impossible to understand, like some nightmare vision of the tedium of daily life. Words and phrases that seem just thrown together that create an image in your mind. Add to that mixture Tonya Donnely's cute oddities, the feminine power of the band is undeniable. Until this time, I had wondered (in my post-feminist way) why there weren't any good girl rockers. The Throwing Muses are an example to them all. A real artist's approach to music. Yes, it is a departure from conventional rythyms and spends a fair amount of time outside the norm, but the uses of countermelody and signature changes makes this album all the more brilliant. I think the band took some chances with this sound and, by and large, they succeeded. 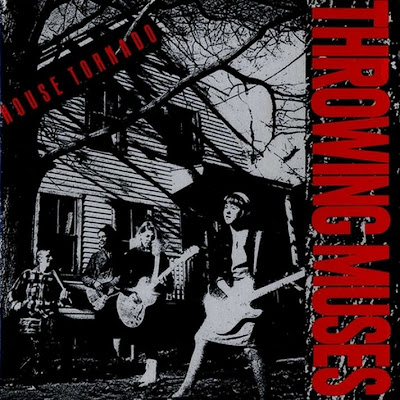 On their third album, Hunkpapa, Throwing Muses' volatility settled into a jangly, angular style of college rock. Not quite as riveting as Throwing Muses or House Tornado and not quite as accessible as the band's later albums, Hunkpapa finds the Muses in transition; most of the album's songs just aren't as focused or powerful as their other work. The over-produced sound robs promising songs like "Santa Claus," "Fall Down," and "Devil's Roof" of their immediacy, and tracks like "No Parachutes" and "I'm Alive" sound like rejected songs from House Tornado. However, Hunkpapa isn't a total loss: the wild, desolate "Bea" and harrowing "Mania" put rock muscle behind the wildness of the Muses' early work, resulting in two of their best songs. Tanya Donelly's "Dragonhead" and "Angel" continue her growth as a pop songwriter; though it's reported to be one of her least favorite Muses songs, Kristin Hersh's "Dizzy" proves that she can write relatively straightforward pop songs as well as anguished, complex ones. Though Hunkpapa is somewhat uneven, the album's best moments rank among Throwing Muses' finest work. 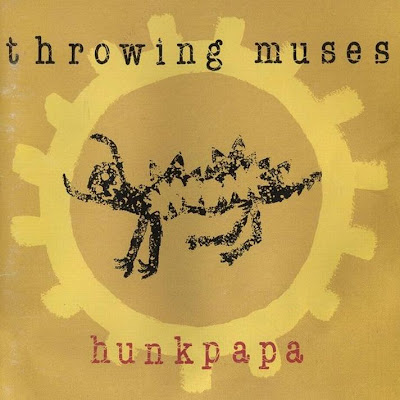 The link is dead. I would appriciate a reupload.

Yes that would be really helpful - many thanks!

Can do naturally i'm not sure what is going on with my deposit account, meanwhile i have re-upped Hunkpappa, btw when you ask for something it doesn't seem too much to ask to be more specific as there are usually more links on my postings

Great - thanks Rho. Yes will be more specific next time, but tbh your links are normally fine!

Rho, thanks so much for the Muses. Saludos.

Hi Rho,
could you please Re Up the Throwing Muses the debut would be fine.
Thanx
Greetz
Carlo

Thank you so much for the Throwing Muses albums! Would it be possible to reup House Tornado? Thanks again.

Hello Kioku, well i did re-up House Tornado but forgot to enter the new link, it's live now N'joy

could you please reup House Tornado? Thank you.

Hi Rho. Can you please re-up Throwing Muses. One of the best live bands I ever saw. Thanks!

Sorry to bother, but would love a re-up of House Tornado and Doghouse. Please and thank you!