Hello, today Aetix focuses on one of those bands that somehow fell thru the cracks, making great music somehow isn't enough. You need that right time, right place element of luck you need to have credentials and these guys came from Sheffield which was associated with electronic music and confusing the musicpress is asking for trouble. More troubles would follow and though the band kept together thru most of them, a commercial breakthrough would never materialize for The Comsat Angels, pity they really deserved it.

After numerous incarnations and name changes, the Sheffield-based Radio Earth -- guitarist and vocalist Stephen Fellows, drummer Mik Glaisher, keyboardist Andy Peake, bassist Kevin Bacon -- found themselves opening for Pere Ubu in Newcastle. After the gig, the quartet realized that they had been blown off the stage and intimidated by the headliners' sense of focus and ability to confuse. Following a rethink, they came back as the less self-conscious Comsat Angels (the name referenced a short story by J.G. Ballard). They took a loan from Glaisher's father to record and release the Red Planet EP in 1979; BBC DJ John Peel, who was sent a copy, liked what he heard, requested a few more copies and booked the band for one of his famous Peel Sessions.

An unintrusive deal with Polydor allowed the band to make three stunning albums and pay back Mr. Glaisher, but the label didn't know how to handle the band and the more influential music journalists shied away for whatever reason, though the coverage the band did receive tended to be glowing. Only "Independence Day," from the first album, managed to chart in the U.K. The albums were not distributed in the States, but the band did support Gang of Four during some 1982 dates and were shocked at the reception they received -- the result of spins on college radio stations.

The Comsats left Polydor for Jive. 1983's Land, produced by Mike Howlett, was a marked departure and a conscious aim for the top of the charts. It backfired. 1985's 7 Day Weekend, produced by Miles Davis associate and funk-pop producer extraordinaire James Mtume, fared worse. 1986's Chasing Shadows, released on Island, came to life with some help from high-profile fan Robert Palmer; it too was second-rate compared to the first three albums, despite being less compromised, and the band was pleased enough to refer to it as their fourth album. Not being pushed around enough yet an american Satellite Co. started legal troubles for using the name comsat, they had no money to fight of a law suit even when they named themselves after a J. G. Ballard short story The Comsat Angels, they tried CS Angels, then for their next album "Fire on the Moon (1990)" they renamed to Dream Command.. it made everybody unhappy and the next year a line up consistent since 78 broke up, Kevin Bacon left. In 92 their next label RPM Records released a Dutch radio sessions collection Unravelled before the final studio album The Glamour in 1995. .
At this point, the Comsats came to a full realization that their efforts at pleasing others -- label heads and consumers alike -- had been fruitless. They signed with RPM/Thunderbird in the U.K. and Caroline in the States, and released 1992's My Mind's Eye, a toughened updated of the 1979-1982 period. Unsurprisingly, it was met with commercial indifference and spotty critical praise. Kevin Bacon, who had started to produce other artists, left the band after its release. Terry Todd came in as Bacon's replacement on bass, and Simon Anderson was added as second guitarist. They released a Dutch radio acoustic sessions collection Unravelled before the final studio album in 1995, the band issued The Glamour, their hardest album. It would also be their last.

The first three Comsat Angels albums were issued on CD in 1995 but went out of print shortly thereafter; Renascent, a heroic independent label in the U.K. that had previously updated the catalog of the Sound, remedied the matter in 2006. Land and 7 Day Weekend were issued on CD by Connoisseur in 2001.

Waiting for a Miracle is a sorcerous first album, at least once it sinks in, after short-to-long phases of puzzlement, bemusement, and fascination. Its songs of romantic ruin, paranoia, and doubt are spare, inelastic, and ceaselessly on edge. Even when the songs are at their bounciest and most alluring, they have an insular and alien quality. The instruments are played with intrepid simplicity, but when they're heard as one, they sound peculiar and complex . Acting as something like a minimalist garage band with one foot in the past and the other in the future, with Andy Peake's memory-triggering organ bleats offset by structural abnormalities and twists, the band does come across as a little timid from time to time, unsure of how far to take its uniqueness, but it's only another factor that fosters the album's insistent nerviness. "Total War," a razor-sharp examination of a relationship snapping under the pressure of buried mutual contempt, threatens to stop as often as it appears to be on the verge of taking off, carries a circular arrangement, and provides no release. "Independence Day," gave the band its greatest commercial success, wrapping all the band's strengths in one concise package, from the brilliantly paced shifts between the sparse and the dense to the balance between the direct and the indirect. While there are crucial differences that reveal themselves after deep listening, this album can be appreciated by anyone touched by other maverick post-punk albums released the same year 1981. 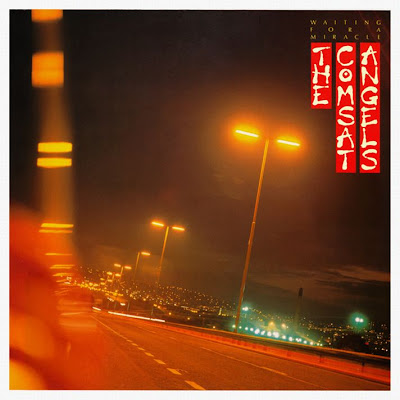 The Comsat Angels - Waiting For A Miracle (flac 427mb)

Sleep No More, the second Comsat Angels album, is a confident follow-up that contains a tighter and more cutting version of Waiting for a Miracle's alluring insularity. Going by "Eye Dance," the torrid opener, one might expect a more aggressive affair, but that's not necessarily the case. However, the dynamics of the album become increasingly perceptible with each play, and the slowest, austerest passages begin to seem as intense as the few that slam and punch. With the exception of "Restless," a mood piece of harmonic flickers, light whispers, and low throb, the album is driven by Mik Glaisher's booming drums, which were recorded in a manner -- near a lift shaft, to be precise, with microphones placed on six surrounding floors -- that makes the album wholly enveloping and, occasionally, imposing. The subject matter: not a big surprise, given the title of the album, with further adventures in malfunctioning-relationship purgatory, along with topical matter like "Dark Parade" (about the volatile hostage situation at the U.S. Embassy in Tehran), a song that hardly repeals the level of turmoil expressed elsewhere. Regardless of the continued strength in the songwriting, it's impossible not to get caught up in the album's sounds. The title track overwhelms with its swirling layers of guitar and keyboards over an unchanging drum pattern. The storming "Goat of the West" wastes no time in whipping itself into a controlled frenzy of churning guitars, punishing drums, and bewildered vocals. While it's not as easy to enjoy as Waiting for a Miracle, it's that kind of album that requires some mental preparation , Sleep No More is certainly more powerful, and it's also a greater achievement. Here, the Comsat Angels became one of the era's most exceptional bands. 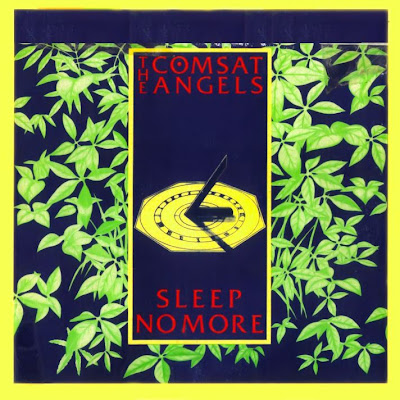 Just like their Time Considered compilation of BBC sessions, Unravelled is an indispensable, fresh look at this fabulous group. This time it's more recent vintage -- 1993 Dutch radio -- radical acoustic reworkings of songs old and new, "plus an extra three-track fully plugged session." The first nine cuts are stripped down to the barest essentials, mostly My Mind's Eye songs. Stephen Fellows' mature tunes and soulful singing carry the day even more assuredly than when backed by full-on echo guitar and super bass/drums, as evidenced by tinkling looks at "Field of Tall Flowers" and "Beautiful Monster." Even better, old ones from their 1979-1982 glory period sound as piercing as ever. A cover of the Rolling Stones' "Citadel" is better realized than the 1985 version, and "Cutting Edge," a cut from their "rock comeback" Chasing Shadows -- after a decent but ill-advised two-LP dance-pop period that's ignored here (fine with us) -- turns out to be the most stirring number "unravelled," the piano as luxuriant as if you were sitting on the stool next to Andy Peake. There's also the fine "SS100X" (nice riff), and the three "fully plugged" ones cap things off in furious fashion, the stunning "My Mind's Eye" beaten to a red pulp, and "Driving" and "Shiva Descending" as big as a bonfire. If you don't have My Mind's Eye, their best LP since Fiction, that's cheaper and easier to find by virtue of its U.S. release on Caroline. After that, Time Considered and Unravelled are as crucial, some of the most intense listening demanded of anyone. 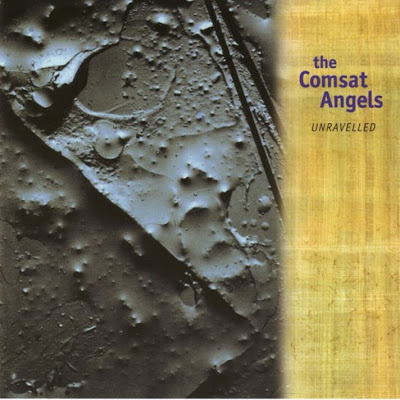 thank you so much

Agree with you that they should have been huge.Rate Chasing Shadows higher than you do. Anyway, thank you very much!

Thanks a lot! I'd been looking for those Dutch radio sessions for years, almost impossible to get!

I Love to see these re-uped.
Please.
Thanks in advance
Ben

thank you for the comsat angels, but the link for "waiting for a miracle" leads to ""fiction". a true miracle, isn't it?

just tried the link another time, now it works correct. Great! THANK YOU!

Could re-up these and all the other Comsat Angels. Cheers

Hi Rho, I know the albums aren't here, and never have been, but it is the correct band regarding the links. Is there any chance you have The Glamour and My Mind's Eye by the Comsat Angels and if so could you possibly upload them? Thank you very much for your blog regardless of the outcome for this request.

I'd love a reupload of "Unravelled". thanks!

Could you please re-upload The Comsat Angels - Waiting For A Miracle, if possible. The link is dead, which is a shame. Thank you in advance.
Sid