Hello, F1 is back from the summer brake and not much has changed, Hamilton is fastest in qualifying again for the 68th time, equaling Michael Schumacher's record. Vettel is close once again and with a superb start could lead the race tomorrow, behind those 2 the usual suspects, Bottas, Raikonen, Verstappen and Ricciardo (getting outqualified for the 8th consecutive time by Max). It's always exiting what happens in the first bend at a Spa start but after that it's clear who is the best in the better car will lead the parade, likely to the finish.

Today's Artists are DJ's, proponents of new ambient and electronic music, putting post-rave electronica on the map. All under the Return to the Source label label . ....N'Joy

Return to the Source (RTTS) was a London-based Goa Trance club and offshoot record label run by partners Chris Decker, Mark Allen, Janice Duncan and Phil Ross. Along with the recurring Escape from Samsara party, which also had a monthly Friday night slot at The Fridge in the mid-90's, it was an early mainstay of Trance in its underground days and through its breakout in the late 1990s. According to Allmusic, its "compilation series of the best trance music on the scene...brought Goa trance to the mainstream hordes".

On Fri 1 August 2014, the four partners got together for a 21st Anniversary Reunion Party at Electric, Brixton (formerly The Fridge) with many of the artists who played at the early parties and appeared on albums including Tsuyoshi Suzuki, Mark Allen, Man With No Name (Martin Freeland), Dr Alex Paterson (The Orb), Mixmaster Morris.

The beginning of the club was documented by music journalist Ian Gittins in the book that accompanied the first Return to the Source compilation 'Deep Trance and Ritual Beats' (1995). At page 8, Gittins writes:

Chris Deckker organised a party in Amsterdam on New Year's Eve 1992, which he called Return to the Source. Chris was a traveller, voyaging with Leyolah Antara from their native Australia where they'd spent time investigating shamen and the power of ritual. They would invite visiting shamen to lead rituals, which would culminate in trance-dance abandon. They moved to Amsterdam and started techno group, Sushumna. "Sushumna is a Sanskrit word which means the merging of dualities," explains Chris.

The Deckkers soon moved to London, drawn by its techno scene, and events quickened apace. A friend of Chris and Antara's, Sara Sol, was languishing in jail in India, and the couple wanted to hold a party to raise money for her. George Saunders, best known as musician Solar Quest and a cool underground networker introduced Chris to Phil Ross and Janice Duncan, promoters at North London's Dome venue, who agreed to stage the event. The Free Sol party was a success, and Chris, Phil, Janice and DJ Mark Allen decided to run a regular club, called Return to the Source.

Other like minded souls became involved. All were travellers, most had experienced the life-affirming qualities of Goa. DJs Mark Allen and Tsuyoshi Suzuki had been transformed by Goa. Jules and Jason, old college friends from Brighton had met by chance in Goa and decided to become painters/artists. All were linked into the New Age/Goa network and craving an outlet for their creative energies. All will tell you their story later in their own words.

This emphasis on spirituality and ritual was carried on at the RTTS events, which were opened with a ceremony involving tribal instruments brought along by club-goers (who were offered a discounted entry fee for doing so).

The Source (as it became known) flourished alongside the musical genre of Goa Trance and its successor Psychedelic Trance running monthly club nights or 'parties' at The Rocket in North London's Holloway Road, Brixton's Fridge, Bagley's in Kings Cross and a number of larger events at Brixton Academy...the last one of which was in 2002.

A series of four mix albums was released on the Return to the Source label:

While the club was know primarily for its Goa Trance music and latterly Psychedelic Trance or Psy Trance, the parties always had a chill-out room. From 1993 to 2002, the job of host or resident DJ in the chill-out room fell to Chris 'Chrisbo' Smith, Mixmaster Morris or DJ Pathaan, while different special guest DJs and artists were booked each month. Guest artists included Youth (Martin Glover), Dr Alex Paterson (The Orb), Solar Quest, Another Green World among many others. However, the first in the Ambient Meditations series was compiled and mixed by one of the Source's partner / founders and main resident Mark Allen. Released in 1998, Ambient Meditations 1 was dedicated to Sophie, Phil Ross's daughter who was born that year, with the sleeve featuring a sleeping baby buddha. 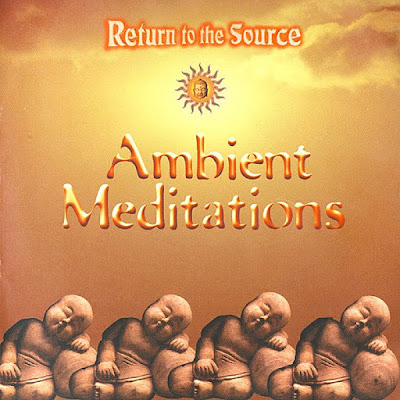 Dr. Alex Patterson (The Orb) has done a great job of mixing this album. He slowly opens up your mind and closes off the world around you. If you need something to relax to or just need some great mood music with a twist of the bizzare than go for it. This album slips you into an altered state and helps you to transcend the routine you most commonly refer to as your life.  There are no big beats here, but you probably figured that out by the title.  What's here is a masterful ambient compilation that takes you on a ubiquitous journey inside and outside of your subconscious. An excellent compilation, mixed by a meditative, mind molding, master. 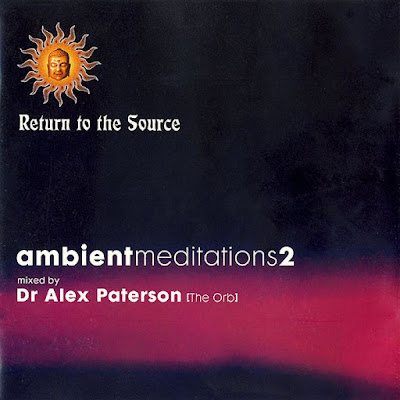 In Return to the Sources' third ambient compilation, Youth once again proved he had not only a good instinct for high-caliber, emotionally deep downbeat tracks, but a digestible and interesting pace all his own. Ignoring Padmasana's contribution, a train wreck of astronaut-sampling clichés, there was a legitimately high ratio of good moments, like Cat Vontrap's subtle and climatic "Stars of Babylon in Her Eyes," Dead Can Dance's inordinately Baroque "Indus," and across-the-board gems from Makyo, Transglobal Underground, and Zodiac Youth Experience, all of which was driven to a specific, dramatic finish. 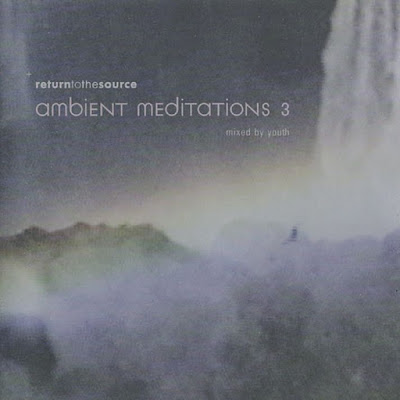 God Bless the chilled is an amazing chillout compilation, and it's beautifully mixed from start to finish . The mix starts out with light years by "calm", one of the most beautiful ambient tracks i've heard in a long time .
There are new and old classics on here from morris' own track "the lie-in king" to conrad schnitzlers "electric garden" a gem that you could only expect from mixmaster morris . But the thing is every track on here is great, all selections are to die for (or chill for?) detroit escalator co, rei harakami, haruomi hosono, leggo beast, ian obrien, shpongle and on and on .This album should be in every serious chillers refrigerator, its part of a nutritionally balanced ambient diet. 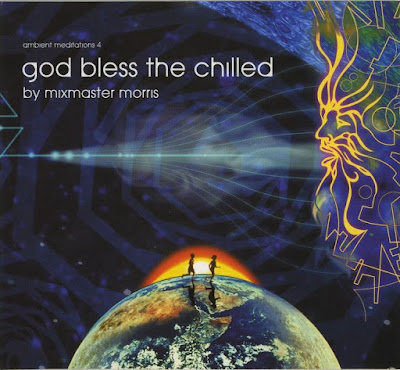 Some of my favourite tracks are here! As always, many thanks for the .ogg files, Rho.

Hi, first of all, thanks for the music and the great selection!
I would like to know if there is any chance you re upload the return to the source - ambient meditations serie!
Thanks

hi rho,
could you reup the ambient meditations vol.1, which were lost to cloudyfiles. thanks

Any chance for a re-up of Ambient Meditations 4? Many thanks in advance!