Hello, today the 155th post of GoldyRhox, classic pop rock in the darklight is an American rock band formed by singer/guitarist Kurt Cobain and bassist Krist Novoselic in Aberdeen, Washington in 1987. The band went through a succession of drummers,until Dave Grohl joined in 1990. Despite releasing only three full-length studio albums in their seven-year career, they have come to be regarded as one of the most influential and important rock bands of the modern era..

In the late 1980s the band established itself as part of the Seattle grunge scene, releasing its first album Bleach for the independent record label Sub Pop in 1989. The band eventually came to develop a sound that relied on dynamic contrasts, often between quiet verses and loud, heavy choruses. After signing to major label DGC Records, they found unexpected success with "Smells Like Teen Spirit", the gigantic success led to them being considered the "flagship band" of Generation X

The band's third and final studio album, In Utero (1993), featured an abrasive, less-mainstream sound and challenged the group's audience. The album did not match the mega-sales figures of today's mystery album but was still a critical and commercial success. Their brief run ended following the suicide of Kurt Cobain in early April 1994, but various posthumous releases have been issued since, overseen by Novoselic, Grohl, and Cobain's widow Courtney Love. MTV Unplugged in New York (December 16, 1993) was the first postumus album released following the death of Kurt Cobain. The album debuted at number one on the Billboard 200, and has become the group's most successful posthumous release, having been certified 6x platinum in the United States by 1997. It also won the Grammy Award for Best Alternative Music Album in 1996.

Today's mystery trio are one of the best-selling bands of all time, having sold over 75 million records worldwide. With over 25 million RIAA-certified units, they are also the 80th best-selling music artist in the United States. It's no surprise then that they will be inducted into  Rock and Roll Hall of Fame today in Brooklyn, New York at the Barclays Center. 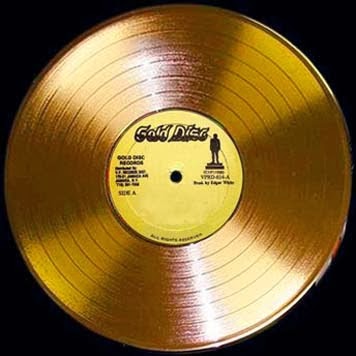 Today's mystery album was released September 24, 1991 is the second studio album released by today's band. Produced by Butch Vig, it was the group's first release on major label DGC Records. Frontman Kurt Cobain sought to make music outside the restrictive confines of the Seattle grunge scene. Despite low commercial expectations by the band and its record label, today's mystery album became a surprise success in late 1991, largely due to the popularity of its first single, "Smells Like Teen Spirit". By January 1992, it had replaced Michael Jackson's album Dangerous at number one on the Billboard 200 chart. The album also produced three other successful singles: "Come as You Are", "Lithium", and "In Bloom". The RIAA has certified the album Diamond (over 10 million copies shipped). Today's mystery album  was in part responsible for bringing alternative rock to a large mainstream audience, and has been ranked highly on lists of the greatest albums of all time by publications such as Rolling Stone, 500 Greatest Albums no 17 and Time. The album's tentative title Sheep was something Cobain created as an inside joke directed towards the people he expected to buy the record, well by 2008 30 million worldwide had bought the album

The album cover shows a baby boy, alone underwater with a US dollar bill on a fishhook just out of his reach. According to Cobain, he conceived the idea while watching a television program on water births. Art director Fisher sent a photographer to a pool for babies to take pictures. Five shots resulted and the band settled on the image of a three-month-old infant named Spencer Elden, the son of the photographer's friend. However, there was some concern because Elden's penis was visible in the image. Geffen prepared an alternate cover without the penis, as they were afraid that it would offend people, but relented when Cobain made it clear that the only compromise he would accept was a sticker covering the penis that would say, "If you're offended by this, you must be a closet pedophile."  In September 2011, in honor of the album's 20th anniversary, Universal Music Enterprises released a 2-CD Deluxe Edition and a 4-CD/1-DVD Super Deluxe Edition of today's mystery album . The first disc on both editions feature the original album with studio and live b-sides, up for grabs here today