Hello, today the 154th post of GoldyRhox, classic pop rock and a first in this series a back to back post of the same mystery artist. In the darklight is an American rock singer-songwriter who first rose to fame in the late 1960s as the lead singer of the psychedelic-acid rock band Big Brother and the Holding Company, and later as a solo artist with her own backing groups, The Kozmic Blues Band and The Full Tilt Boogie Band. She was one of the more popular acts at the Monterey Pop Festival and later became one of the major attractions to the Woodstock festival and the Festival Express train tour. She charted five singles, and other popular songs from her four-year solo career include "Down on Me", "Summertime", "Piece of My Heart", "Ball 'n' Chain", "Maybe", "To Love Somebody", "Kozmic Blues", "Work Me, Lord", "Cry Baby", "Mercedes Benz", and her only number one hit, "Me and Bobby McGee".

On October 4, 1970, producer Paul A. Rothchild became concerned when On October 4, 1970, producer Paul A. Rothchild became concerned when today's singer failed to show up at Sunset Sound Recorders for a recording session. Full Tilt Boogie's road manager, John Cooke, drove to the Landmark Motor Hotel in Hollywood where she was staying. He saw her psychedelically painted Porsche 356C Cabriolet in the parking lot. Upon entering her room, he found her dead on the floor beside her bed. The official cause of death was an overdose of heroin, possibly compounded by alcohol. Cooke believes that she had accidentally been given heroin that was much more potent than normal, as several of her dealer's other customers also overdosed that week. (More victims from the war on drugs).

She was well known for her performing abilities, and her fans referred to her stage presence as "electric". At the height of her career, she was known as "The Queen of Psychedelic Soul," and became known as Pearl among her friends. She was also a painter, dancer and music arranger. Rolling Stone ranked her number 46 on its list of the 100 Greatest Artists of All Time in 2004, and number 28 on its 2008 list of 100 Greatest Singers of All Time. She was inducted into the Rock and Roll Hall of Fame in 1995. 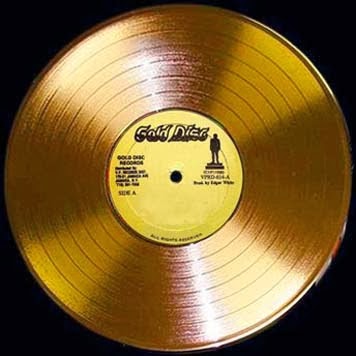 Today's mystery album was released January 11, 1971 is the fourth studio album released by today's singer. The album has a more polished feel than the albums she recorded with Big Brother and the Holding Company and the Kozmic Blues Band due to the expertise of producer Paul A. Rothchild and her new backing musicians. Rothchild was best known as the recording studio producer of The Doors, and worked well with her, calling her a producer's dream. Together they were able to craft an album that showcased her extraordinary vocal talents. They used Sunset Sound Recorders in Los Angeles.

The Full Tilt Boogie Band were the musicians who accompanied her on the Festival Express, a concert tour by train of Canada, in the summer of 1970. Many of the songs on this album were recorded on the concert stage in Canada two months before she and the band started their Los Angeles recording sessions. All nine tracks that she sings on were personally approved and arranged by her. The mystery album features the number one hit "Me and Bobby McGee", on which she played acoustic guitar, written by Kris Kristofferson and Fred Foster; "Trust Me", by Bobby Womack, written for her; Howard Tate's "Get It While You Can", showcasing her vocal range; and the original songs "Move Over" and "Mercedes Benz," the latter co-written by today's artist, Bobby Neuwirth and Michael McClure.

Today's artist sang on all tracks except "Buried Alive in the Blues," which remained a Full Tilt Boogie instrumental because she died before adding vocals, but she approved the instrumental track. The recording sessions, starting in early September, ended with her untimely death on October 4, 1970. Her final session, which took place on Thursday, October 1 after a break of several days, yielded her a cappella "Mercedes Benz." The album cover, photographed by Barry Feinstein in Los Angeles, shows Joplin reclining on her Victorian Era loveseat with a drink in her hand. Today up for grabs a remastered version topped up with some rare pearls .....