Hello, well Kennedy was murdered 5 decades ago today, plenty of rememberance yet it leaves me with a bad taste in my mouth. Because his murder is still unsolved, yes there is a patsy who survived less then two days, but it has been established more people were involved. Who ? Clearly very powerful people who were able to keep a lid on, they likely had a hand in the murder of his presedential candidate brother as he would have re-opened the investigations. All water under the bridge, but then a decade ago (9/11) another big blow, with more devious cover up, the same dark forces having their way. If only the last stone had been unturned the first time, i'm sure these psychopaths had thought twice before blowing up two skyscrapers with 3,000 people in it, as well as dispersing a deadly amount of asbestos.... Where is Dr Who when you need him ? Reveling in his current cult-status, and today birth date for the good doctor ? Never

The coming months Frenchies rule the beats and they have plenty to offer even though not that much reaches the world as  the music scene is rather dominated by the Anglo - American industry. Meanwhile the French enjoyed themselves in their own niche so to speak, and they did rather well. Today's artists are a legend and a colossus of a Goa Trance band. Their sound epitomized the peak of the Goa scene in the 90's. Colorful, hypnotic, trippy and yet melodic. The original goal of the music was to assist the dancers in experiencing a collective state of bodily transcendence, similar to that of ancient shamanic dancing rituals, through hypnotic, pulsing melodies and rhythms. ....... N'joy

Christof was raised in a classical musician family, though he never had training in music or electronic. First, he got involved in various New Wave bands where he was the singer and the programmer. One day, he discovered the Techno music sound, and that changed his musical orientation. Also raised in a family of musicians, Frederic Holyszewski began his musical studies at the age of five, learning Transverse flute and piano. During his teenage years, he found inspiration in the electronic music of the day, including Jean Michel Jarre, Depeche Mode, Frankie Goes to Hollywood and Simple Minds. He bought his first synthesizer funded by working at night in bars as a pianist. After the split of his first rock band Vision Quest, in 1990, he started to work on his own with the help of computers.

Christof and Frederic met at a French Rave party and subsequently formed the psychedelic trance act Transwave in September 1994. Three months later, the first Transwave release (Datura EP) was launched on the small French label, Transpact. Over the following two years, Transwave released three albums (Hypnorhythm, 1995, Helium, 1996, Phototropic, 1996) and toured around the world, experiencing great success in the psychedelic trance underground and scoring an international trance hit with their track, "Land of Freedom." The group split after the D-mention party in Paris in May 1997. Christof and Frederic also released an EP called "Anjuna" under the name Kaledoid in 1996.

Transwave is known for its heavy use of TB-303 based effects.

Christof launched his record label 3D Vision Recordings in Paris in 1998, releasing artists as dancefloor oriented as possible, which became one of Psytrance most demanded labels. Also in 2010, he launched iBZ Recordings, more dedicated to Techno and Tech-House. Both are based in Ibiza....

Frederic ventured out and started his own record label and production studio, Questionmark RDS. In 1997, the label released his first solo album Self Oscillation under the name Deedrah which marked Frederic’s first break from the original psychedelic Goa trance sound he was producing before. Since then, label is closed down, but Dado focused since that on collaborating with his friends Dino & Shanti under the name of Krome Angels.

Transwave have reunited to perform again at the Boom Festival 2006 in Portugal and in the beginning of 2007 they have released "Backfire", a compilation of hits and unreleased tracks that have made Transwave. They have chosen the tracks after asking their Fans through forums and internet.

Their sound epitomized the peak of the Goa scene in the 90's. Colorful, hypnotic, trippy and yet melodic. Transwave will be remembered by most serious fans of Goa Trance for the innovation and emotion they brought to their music. Here the first CD Transwave did. Even though it's labeled as an EP, it's around 63 minutes long, making it longer than many full-lenght albums. The Hypnorhythm EP sound brings you back, no surprise then it's still my favorite Transwave release. 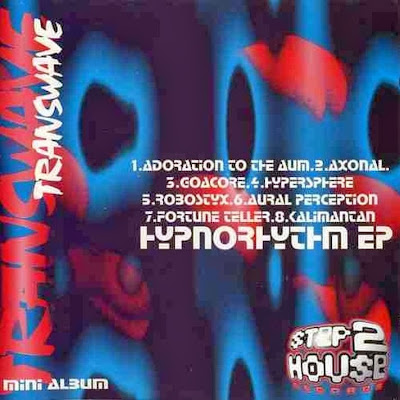 Helium is quite a strange album to experience. It has more to do with a long mystical journey rather than a collection of goa hits. In fact, the whole album sounds like a musical act separated in several chapters ; it is way more enjoyable at home in the good conditions (I won't tell you more about those as I don't want any policemen to break into my flat) rather than in any outdoor party.

As for me, the first chapter embraces tracks 2 to 6 after the chilling prologue. It tells a lot about shamanic rituals but also about spiritual aesthetics - don't forget that trance will ever remain something sensuous and evocative while the real mystical experience using functional music (such as Voice of Eye or Halo Manash) can be way more frightening. Anyway, it's a kind of safe and pulsating path that is offered here, from excellent acid assault like 'Trashish' to Etnica-like melodic stompers ('Zero Density') . Climax often bursts two minutes before the end of each tracks, which is very erotic to my opinion as it works just like those steps in male ascension to orgasm.

Second chapter : slower, heavier, more dense. 'Hypnorhythm' begins with a nightmarish sub-bass intro, then drives you into a spiraling state you won't forget that easily. 'Biolab (Epilogue)' is my favourite here : a very long and meditative trip with incredible chorus lines and a finale to die for. It sounds just as if Biosphere would have tiptoed into psychedelic trance. 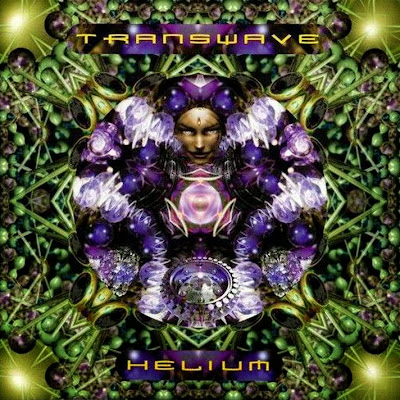 A masterpiece that you never get tired of, it´s energetic and the melodies are genious. The speed is most off the time fast and also heavy and will give you a kick without using drugs. This album is a must have if you have the desire to get your hands on some fantastic old goa trance. The title track (Phototropic) possibly one of the greatest trance songs ever written, everything just seems to be perfectly in place, no cheese, just pure hypnosis and beauty. A highly accomplished piece musically and technically - definitely an artist on top form. More hypnotic than energetic, with intricate, seductive melodies and subtle underlays. 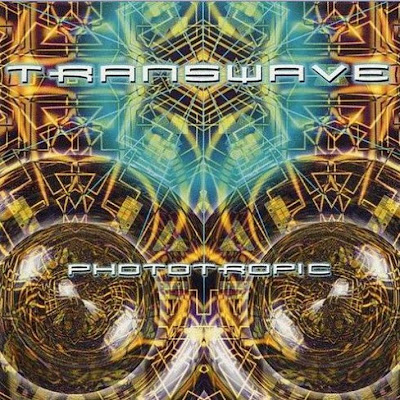 would you be so kind to re-up the transwave albums please. thank you, peter