Hello, Halloween survivors I found it interesting how this event has become more and more a media happening, probably not that surprising as people tend to take the chance to show off their inner demon in front of a camera in this day and age, specially those so called celebrities like to show off their inner deprevity whist getting drunk on free booze. Alas US''s obsession with zombies kinda depresses the party with their fear of the future. It's supposed to be about tricker treat and the boogyman. Not sure if anyone managed to appear as a NSA creep or a banker, chances are terrorist outfits will have been more prevelant, whatever life goes on with or without humans...

These months Frenchies rule the beats and they have plenty to offer even though not that much reaches the world as  the music scene is rather dominated by the Anglo - American music industry. Meanwhile the French enjoyed themselves in their own niche so to speak, and they did rather well. Today's artists aren't what you'd call household names, partly of their own choosing as being eclectic is not really conductive for a career in an industry that likes to corner artists, as it's percieved to be easier to market them that way.  First up a second generation French Algerian from Paris who's had an unusual path, as a young prodigy he recieved classical piano training and graduated from the National Conservatory of Versailles. He's come a long way since and he sure knows what he's doing, real electro-class, then there's “the urban punk” who'se sense-shredding orgy of electro, hiphop booty, techno, bass music, rock, and more is probably shocking coming from a female but then breaking conventions has been a thing her sexe is good at. ...... N'joy

After a debut that blended jazz, turntablism, hip-hop and indie rock, French producer and remixer Joakim has maintained a similarly eclectic profile, both on his own releases and on his work as a producer, collaborator, remixer and head of his own influential Tigersushi label. Born Joakim Bouaziz, the young prodigy began an intensive study of classical music beginning with piano lessons that started at age six. After graduating from the National Conservatory of Versailles, Joakim immersed himself in jazz, American and British indie rock and hip-hop.

He discovered a passion for electronic sound after a school-friend left a synthesiser in Joakim’s room. The electronic nature of the synth opened up a new realm of possibilities for musical creativity, and after a few months of prolific creation and sending demos to Gilb’R, the label manager decided to produce his album on Future Talk [a more experimental divison of Versatile]. What followed was a brilliant and amusing album with many references to 60s modal jazz, through which Joakim displayed his ability to manipulate electronic composition in an new and original way. Tigersushi was soon spotted and Joakim, who used then the moniker ‘Joakim Lone Octet’ stood as an intriging loner in the electronic music landscape. One year later, musicians such as 4Hero, Next Evidence and DJ Medhi revisited his first album in the ‘Tigersushi Remixed’ album.

In 2001 he founded his own label under the suprising name Tigersushi and produced projects by K.I.M., Panico, Principles of Geometry, Volga Select, Max Berlin and the infamous compilation ‘More God Dam Music’ (MGDM). In 2003, the more electronic dance oriented follow-up Fantomes garnered considerably more attention. After four years spent focusing on label duties and remix jobs, releasing the occasional single under his own name, Joakim returned in 2007 with the eclectic Monsters & Silly Songs, featuring the 12" single "Lonely Hearts."  The My Best Remixes collection arrived a year later with the Milky Ways album following in 2009 on the K7 label.

Joakim runs the Tigersushi label, releases a broad spectrum of music including Maurice Fulton, E.S.G, Poni Hoax and Metro Area. Joakim does live sets, DJs and he’s also a remixer; he’s recut tunes from Tiga, Air and Antena’s ‘Camino Del Sol’ - the latter of which was one of the biggest club tunes of 2006. Finally, he also has a live band, Joakim and the Ectoplasmic Band (with bassist Juan De Guillebon, guitarist Maxine Delpierre, and drummer Mark Kerr), on which he plays machines, keyboards, guitars and sings. Fingers in many pies then.

Joakim also does his own artwork for his record sleeves.

Like 2003's Fantomes, Monsters & Silly Songs is a sprawling, whimsical album, and its singles are the clear-cut highlights, surrounded by experiments that engage as frequently as they leave no lasting impression. Though it trails Fantomes by nearly four years, it's surprising it came out as early as it did. Joakim had 90-percent of an album recorded when his hard drive crashed, taking all the existing material with it. He reacted by forming the Ectoplasmic Band with bassist Juan De Guillebon, guitarist Maxine Delpierre, and drummer Mark Kerr. He made several tracks with them (as a guitarist, keyboardist, and sound manipulator), a couple with other collaborators, and a few by himself.

Beyond the tracks that have been released on 12" -- including "Drumtrax," a delirious ring-modulator workout, and "I Wish You Were Gone," an embittered but irresistible dance-punk blast that rivals anything from the DFA label -- the standouts tend to be the tracks that most resemble songs, rather than the wildcard instrumentals and other forms of playful futzing around.  Funnily enough, 'Monsters and Silly Songs' is made up of monsters, one-minute slices of controlled interference/noise, and the silly songs, which have a pleasantly wide scope: piano solos, electro, weird effects, pop and rock n roll. The best indicator of what the album is like comes from the artwork - hand-drawn Dungeons and Dragons-style monsters leaping out of flames. In other words, it's a bit cute. Not that I mean that as a criticism, but if your idea of a good tune is gnashing techno that makes your ears bleed then, this might not be for you.

It might be you if you're looking for a more electronic take on New Young Pony Club's sound. The extremely catchy 'I Wish You Were Gone' and 'Lonely Hearts' both do the live drumming with electro effects thing very, very well, while 'Rocket Pearl' starts off with slowly strummed guitar before exploding into a banger that would have rocked Erol Alkan's Trash (RIP). And let's not forget 'Drumtrax', which is the closest I've ever heard to 'Superdiscount 2'. Again, not meant as a criticism.

Punctuating these are the monsters, but there are also gems such as 'Peter Pan Over the Bronx', which is a beautiful piano solo that let's you gently drift off…before 'Rocket Pearl' comes in and wakes you up. Last year Gossip album 'Standing in the Way of Control' made it into the bags of many DJs who would normally turn up their noses at guitars on account of the fact it was darn dancey, and had some good remixes on the singles, and I think this year 'Monsters and Silly Songs' could go a similar way, especially if it gets some decent reworks. 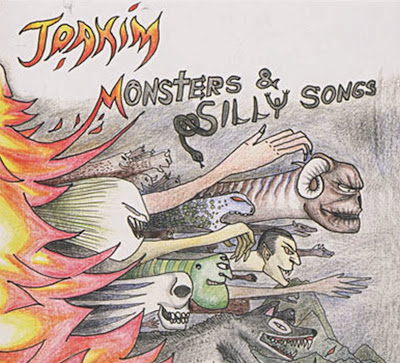 Take a look at any press photo of Joakim Bouaziz, and you'll know that he likes odd mixes. The man wears many hats (both literally and figuratively), and in each instance, he strives to bring the most unlikely elements together: Remixes of Soft Cell and Ministry on a Tigersushi 12-inch? Sure! Throbbing, pitch black techno futurism draped over a hushed piece of bossa nova (his magnificent remix of "Camino del Sol")? Yes, please!

It sometimes seems as though Bouaziz views originality as an end unto itself, and in that sense, Milky Ways is a spectacular success. Easily one of the most unique records of the year, it's so unusual that it makes its predecessor, Monsters & Silly Songs, seem downright monochromatic by comparison. Where Monsters mostly stuck to blending various EDM genres with scraping post-punk, Milky Ways takes cues from a range of guitar-centric pop forms. The results—a bizarre stew of cosmic disco, grunge, acid house, art-rock and synth pop—sound like little else.

It might not be immediately apparent on record, but there is a very specific reason for this stylistic expansion. Bouaziz and his touring band, the Disco (formerly his Ectoplasmic Band), toured Monsters extensively during 2007 and 2008, and Bouaziz got better acquainted with his bandmates' musical instincts as time went on. Milky Ways, his third album, was written with that knowledge in mind; the parts are more involved, the arrangements more fluid.

From track to track, the album swerves, from a blackened, yowling rave-up ("Beyond Wilderness") to buzzy, marble-mouthed disco ("Ad Me") to mewling, lumbering instrumental rock ("Fly Like An Apple"). Individual songs can metamorphose from minute to minute: Bongos and fluttering arpeggios clear out for halting, West African guitar leads ("Spiders"); a field recording of people talking in a club is overtaken by a theremin and a sludgy guitar solo ("Glossy Papers"); chanting vocals and a thick synth hum build into a towering, zipping 303 freakout ("Medusa"). Though it mellows slightly on the back end, Milky Ways is basically a never-ending stream of surprises. 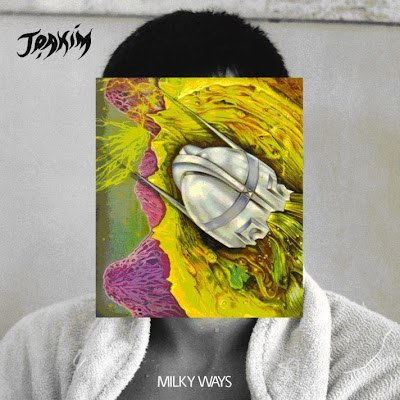 Her passion for all things hip hop (she is a jack of all trades dabbling in graffiti, graphic design, production, her own clothes designs and the list goes on) is translated through her fingertips in her DJ sets and her energy fuels the ever mesmerised crowds. Having burst onto the global scene with her amazing performances and 2 albums and 2 mix (Mashup, Targets, Mixshake and Kawaii)

Missill has spent the last few years playing over 700 gigs at every major French, and countless European festivals. With a sound so versatile that she can fit happily between all types of acts or DJs she has entertained crowds of up to 25,000, toured the world (over 35 countries across the 5 continents) and built up a dedicated fanbase thanks to her innovative and dynamic style

Missill made her name with the craze of 2ManyDJs style compilations of a few years ago when she released the Mash Up. So depending on how you look at these things, this is the difficult follow-up and/or her debut album as an artist in her own right. And that’s where you get the best of both with the combination of new tunes with the progression of a DJ set.

Not only that but there’s a very impressive line-up of guest vocalists starting off with Dynamite MC on the first track on the album ‘Forward’, in a reggae groove al la Roots ‘Again & Again’ Manuva, will be the first single from the album but there’s no let up in the pace with a bouncin’ ragga of ‘Ill’ (Junior Red) and the collaboration with Ninelives The Cat on ‘Toxick’.

The distinctive rap of BluRum13 (DJ Vadim & One Self) gets old skool electro head nod on Atari on a track called ‘Choose To Care’ which finds us at half time; after the interlude, 3-time world DMC turntablist champion from Rennes, DJ Netik scratches dirty on an electro-rock-dubber of a ‘Dark Moon’ rising. Talking of dirty, from Brazil, Edu K’s Baile Funk arrives on ‘Kabrake’ and producer Chernobyl (Bondo Do Role) gives the mix something different. And talking different, Yethz is a singer and model from Venezuela who turns up on a couple of tracks, ‘Mueve Lo’ being the better of the two. If you like to dance in a loud Pirate Robot Midget / The Tape vs. RQM / Crookers type way, this is an album for all crossover funk, hip-hop and electro dancehall fans. 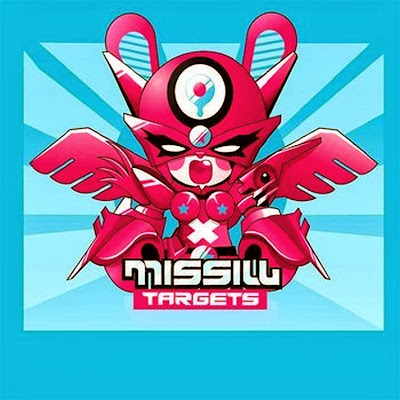