Hello, outside wind and rain rule, inside heart beats are rising...

These months Frenchies rule the beats and they have plenty to offer even though not that much reaches the world as  the music scene is rather dominated by the Anglo - American music industry. Meanwhile the French enjoyed themselves in their own niche so to speak, and they did rather well. Today's artist was one of the many fathers of the French house scene. So welcome to his world of Parisian, armchair, sunset-soaked beats. ..... N'joy

Deep house DJ and producer Etienne de Crécy was a key figure behind the French capital's rise as one of the world's dance music hubs during the 1990s. De Crécy has peddled his talent under several different guises, including Motorbass, La Chatte Rouge, and Super Discount. He has also worked closely with French new wave honoraries Air, Alex Gopher, and Philippe Zdar. Born in Lyon, De Crécy began his music career in the late '80s with the band Louba in Versailles, on the outskirts of Paris. When the band folded, De Crécy set up shop in the capital and gravitated toward studio work with hip-hop and house, a move that swiftly earned him plenty of street cred. His first major undertaking, deep house project Motorbass, grabbed a cult following soon after its launch in 1991. The project, a collaboration with Zdar (who went on to release the chart-topping album 1999 with Cassius), was what first alerted the world to the rapidly evolving dance music scene in Paris. It spawned such underground favorites as the Motorbass EP and "Transphunk" single, and climaxed with the release of the Pansoul album in 1996.

Only a few months later, De Crécy served up the very popular Super Discount album, offering his own house tunes (including the standout "Prix Choc"), as well as remixes of Air and Alex Gopher works. Dance music critics around the globe were again praising the Parisian in late 2000 courtesy of the Tempovision album -- a collection of disco house and downbeat tunes, such as "Am I Wrong?" and "Scratched" -- released under his own name. In 2004, eight years after the first Super Discount album, came Super Discount 2 with the original team, and the addition of Cassius. For this album, he used only old analog instruments, for example a TB303, and produced twelve electro-house-pop-new wave songs designed for clubs, in the continuity of the first Super Discount. Pursuing the 'discount' concept of the first album, all the tracks are named after peer-to-peer clients: "Overnet", "Napster", and so on. Étienne de Crécy, talking about the concept for the third album, said: “you have to be autistic in working in the music industry not to realize that something happens through the MP3 exchanges. It’s not discount anymore! It’s free!” and added “what the music industry doesn’t understand, is that young people will not build their own music culture if they don’t have free access to the music.

In the years that followed De Crécy stayed busy remixing a wide variety of artists; he did a mix CD (2005's House Party for the Most label); and he released a number of singles under his name for various labels, including his own Pixadelic. In 2010 he released several EP's Welcome, Hope, Binary and the No Brain EP.  In 2011, Dim Mak issued Beats 'n' Cubes, Vol. 1, a collection of these singles. The next year, De Crécy released an ambitious career-spanning collection of his work, My Contribution to the Global Warming.

Over-excited journalists and fans of the docile have consistently been crediting the rise of French house on more or less just a handful of figures: St. Germain, Air, and Etienne De Crecy. In Super Discount -- probably the most high-profile and revered compilations of the scene -- it's easy to understand why, but much harder to feel it. So welcome to the world of Parisian, armchair, sunset-soaked beats. Though so laid-back it sometimes falls backwards, if one gets as they say, dans l'ambience, it doesn't take too long before the rhythmic austerity of it all causes a cool smile. La Chatte Rouge orchestrates their track with wise, string-led grooves, and De Crecy's own "Prix Choc" excitedly shows off a lumping bassline just this side of Franco big beat. It's harder to stir any emotion up for many of the other premature spotlights here. From more airy keyboards (Mooloodjce's "Les 10 Jours Fous") to a beret-and-cigarette staring contest (Minos Pour Main Basse's "Tout Doit Disparaître"), the lack of unifying crests of more Anglo or German house starts to test one's patience. Comparatively, this is still a fine record. Despite De Crecy trying too hard to maintain a cohesive musical statement, the breathless laissez faire take on dance music remains a crucial one. It'll just take some time before the exposition is out of the way for the real innovators to emerge. 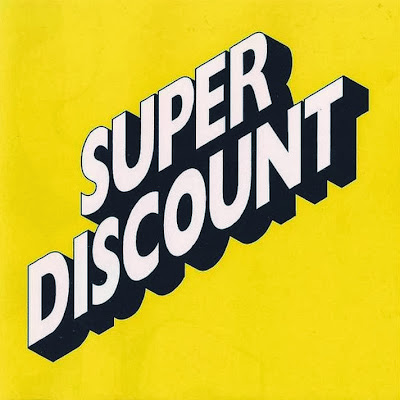 By 2000, French house had passed out of fashion faster than some snotty indie kid could ask, "Mirwais and Madonna?" Yet this was the precise time when Etienne de Crecy -- widely believed to be one of the most influential dance acts to ever come out of the scene -- finally decided to release a personal full-length album under his own name. About time, really. Squiggling past looping divas, afternoon glares, and funkadelic body bops, De Crecy manages to manufacture a trail of songs that reach for that Anglo-French brass ring with nothing but admirable gravitas. There are bouncing squelches in the Zombie Nation-vein here ("Out of My Hands"), classically skewed big beat stomps over there ("Relax"), but the album really goes for the gullet when it doesn't know what in the world it wants to be. How else could you explain these Latino guitars and modem squawks? If Tempovision is trying to be anything, it's probably a response to seeing De Crecy's own Air/Daft Punk disciples get the coiffured crossover treatment and knowing that there's always room for one more. 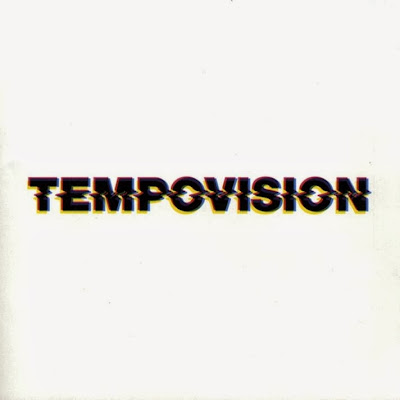 That Etienne de Crecy waited eight years to release this sequel to the project Super Discount and, above all, because of its musical content, seem to prove that his name is the only thing the two albums have in common. Perhaps the ambition and innovative spirit of this French electronic pioneer don't allow him to pigeonhole himself into one single style and, along with his usual loyal squires Alex Gopher (also present on the first issue) and Philippe Zdar (the other half of French classic Motorbass) gives his best in Super Discount, Vol. 2, De Crecy's songs (all of them with p2p program names) merge early Daft Punk acidity, Kraftwerk's electro, and the class, control, and sturdiness of Laurent Garnier's house. This daring blend, together with his own French electronic music's elegance, seems to reinvent the renowned French Touch, turning it here into French Punch. Accustomed to the downtempo ambient and cocktail-in-hand style of Super Discount (which sounded a bit restrained: always good, but never excellent) Super Discount, Vol. 2 unties itself and tangles you up in a swarm of electro synths, spatial sounds, addictive basslines, and deep house repetitive bases, all of which make it impossible to listen to this album in the same way you listened to the first: the lounger. "Overnet" is probably the most ferocious example of this wayward sequel: in the lines of Daft Punk's hits "Burnin'" and "Alive," repetitive and fast techno beats withstand the strikes of shrill synthesizers that tear your skin strip by strip; nothing here is elegant, it's piercing, overwhelming, and brilliant. But before this album's last cut leaves you not knowing where to look and with the cocktail glass broken on the floor, other equally good midtempos warm you up: "Grokster," "Soul Seek," and "Limewire" contain stimulating basslines, out of control synths, and robotic sounds over consistent and clean bases. "Fast Track," cooked on a lower flame along with Julien Delfaud, contains all the needed ingredients to become a hit with a hypnotizing bassline playing the main role. In sum, an impeccable sound for an unexpected and excellent record but not surprising coming from the master De Crecy. 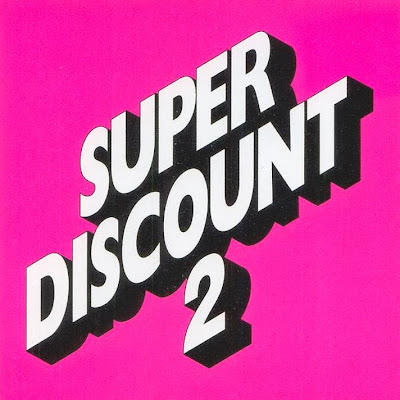 Can you reupload all of them please?

It looks like you already re-uped the EdC once,
maybe you will do it again. We have heard from
this French guy for a while ...

any chance to re upload this frensh compilation
i ve been loocking for years ago without results!
thank you so much for your generosity

A re-up of these would be much appreciated!