Hello, up for some more Sundaze ? Just the two today but to pick a winner here would be hard, both excellent albums, electronics with emotion and contemplation. DNTEL was an unexpected stunner when it came out 6 years ago...secondly
Kettel 's open, involving, beautiful electronic music. As i said both great Sundaze albums.

Housed behind an entirely appropriate title, Life Is Full Of Possibilities is a gorgeous, mostly ambient journey into moody, poetic electronic sounds. Dntel (aka Jimmy Tamborello) produces music that merges the worlds of indie rock and electronica. Tamborello was formerly a guitarist in the emocore group Strictly Ballroom and also a member of techno-poppers Figurine. In addition, he has done time in the SoCal groups Further and the Tyde. Tamborello originally started working as Dntel in 1994. Tracks he produced between 1995-1997 were released on the Phthalo label in 1999 as Early Works for Me If It Works for You. This was followed by the 2000 release of an EP that had been recorded back in 1994 called Something Always Goes Wrong. The melancholy, often haunting, and electronica-heavy effort Life Is Full of Possibilities arrived in 2002 on Plug Research Records. It featured contributions from Chris Gunst (Beachwood Sparks, ex-Strictly Ballroom), Rachel Haden (that dog.), and Benjamin Gibbard (Death Cab for Cutie), among others.

The debut album of Dntel (aka Jimmy Tamborello) is a gorgeous, mostly ambient journey into moody, poetic electronic sounds. Though Life Is Full of Possibilities is centered on clicks & cuts, textured sound washes, and cut-and-paste electronic dynamics, Dntel's music contains such pristine melodies and is so effective in its stimulation of one's emotions that it makes for a refreshing, fascinating hour of music. Brittle, subtle, full of surprises, and disarming in its ability to set moods.

Jimmy Tamborello has been releasing under different monikers with others, he moved to Sub Pop -- also home of his other very successful project, the Postal Service -- for Dntel's 2007 album Dumb Luck, which featured Gibbard, Jenny Lewis, Conor Oberst, and many other indie stars. 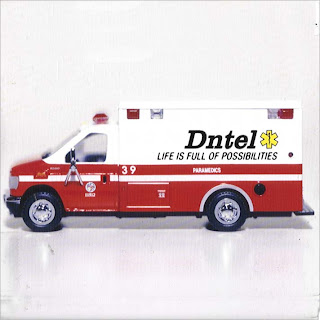 Kettel is Reimer Eising (born 1982), a self-described "elixir-brewing, camping-loving and musicmaking sorcerer-to-be." He is well-known for his playful, spontaneous melodies and organic folk sounds similar to Aphex Twin and Plaid. His tools just a pc with soundcard, keyboard, MIDI-keyboard and controller, a turntable and a mic. What comes out is a combination of downtempo beats , hovering synthesizers and acoustic instruments turned into little melodies. Kettel's releases on the Planet Mu-label ( Mike Paradinas µ-Ziq, Kid Spatula , Aphex Twin) and the Kracfive label(US) has build him some international fame. He has also collaborated on several projects of various remixes and compilations. Kettel frequently performs in the Netherlands and abroad, the Japananese seem to have taken a particular liking to his work.

"Volleyed Iron" finds Reimer piecing together easily his finest release to date, a glowing warm ambient album .Piecing together shards of found sounds and field recordings, the organic textures that underlay these pieces, display incredible warmth and sheer beauty Open, involving, beautiful electronic music with slivers of violin, piano and broken and dusty old samples. He's released several albums Dreim, Cenny Crush, Smiling Little Cow (2002), Look at this (2003), Volleyed Iron (2004), Through Friendly Waters (2005) My Dogon (2006) , Whisper Me Wishes (2007) and Myam James Part 1(2008) in short, plenty to follow up on if you like his music. 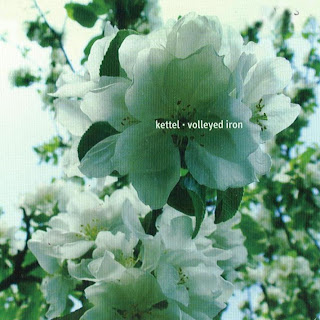