Hello, Alphabet Soup serves up J today and first up representing the seventies are Jethro Tull, who broke through internationally with their epic Thick As A Brick. Even after more than three decades it's kept its shine, its stream-of-consciousness lyrics embedded in classical structures and the use of an array of instruments.....Secondly , Jane's Addiction, the album that contains their breakthrough (MTV) hits, Ritual De Lo Habitual, too much for Peter Farrell, who dissolved the band after the promotour....Junior Boys were already split before they got their first record deal, after years of trying to esteblish a foothold..They supplied some MP3 music to a site and from there their name grew. Since they've released two acclaimed albums, you'll find the 2004 debut here...

The Anderson's band moved to the London area in search of more bookings, basing themselves in nearby Luton. Left by some bandmembers, Anderson and bassist Glenn Cornick joined forces with blues guitarist Mick Abrahams and his friend, drummer Clive Bunker. At first, the new band had trouble getting repeat bookings and they took to changing their name frequently to continue playing the London club circuit. Band names were often supplied by their booking agents' staff, one of whom, a history enthusiast, eventually christened them Jethro Tull after the 18th-century agriculturist who invented the seed drill. This name stuck simply by virtue of the fact that they were using it the first time a club manager (namely, John Gee of the Marquee Club, London) liked their show enough to invite them to return. They were signed to the blossoming Ellis-Wright agency, and became the third band managed by the soon-to-be Chrysalis empire.

By the time Jethro Tull released Thick As A Brick they already had released 4 albums in 3 years, with commercial success, the last of those, Aqualong had recieved much praise and showed the bands music was still developping, as it stretched the band's wings further from the blues of the first three albums, it was still basically mainstream rock. Jethro Tull took it upon themselves to write a real concept album, after Aqualong was considered to be something of a concept album..much to the surprise of the writer Ian Anderson. With Thick As A Brick the lyrics are built around a poem written by a fictitious boy, "Gerald Bostock" a.k.a. "Little Milton" (Ian Anderson himself). The album only featured one song, an epic masterpiece, lasting over 43 minutes. The epic is notable for its numerous time signature and tempo changes, as well as a large number of themes throughout the piece, resembling a typical classical symphony in this regard, rather than a typical rock song. This, set to stream-of-consciousness lyrics dense with imagery. Released in 1972, Thick As A Brick was Tull's first true prog rock offering, four years after the release of their first album. A dazzling tour de force, at once playful, profound, and challenging, without being overwhelming. The band was rewarded with great revieews and excellent sales (no 1 US album) and settled the name of Jethro Tull........35 years later...

In September 2007, Jethro Tull released CD/DVD Live At Montreux 2003. The concert was recorded on the July 4, 2003 . In addition to another busy tour schedule in 2007, Jethro Tull are also in the studio recording some new material for a new CD which is expected to be released in the summer of 2008. If it is released it will be the band's first proper new album in eight years. Some of the new songs were performed live during the recent UK acoustic tour, and 2007 Fall tour 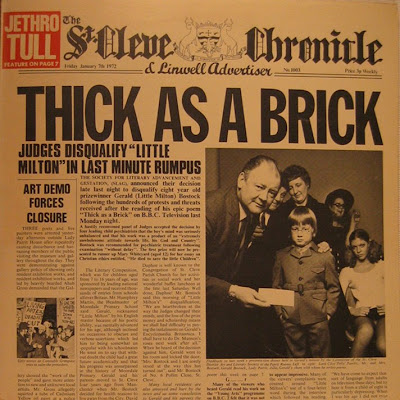 Jane's Addiction formed out of the ashes of frontman Perry Farrell's previous band, Psi-com. In the summer of 1985, Farrell was searching for a new bass player for the faltering Psi-com when he was introduced to Eric Avery. Farrell and Avery bonded, even though Avery never did become a full-fledged member of Farrell's disintegrating group.Later, Eric's sister introduced the duo to Stephen Perkins, whom she was dating at the time Perkins in turn suggested that his friend Dave Navarro might be a suitable guitar player for the new band, dubbed "Jane's Addiction" in honor of Farrell's housemate, Jane Bainter, who was heavily addicted to drugs.

The band became a sensation on the Los Angeles club scene, primarily headlining at Scream. They soon gained interest from a variety of record labels. Most of their catalogue was written then (86-87). While they had decided to sign with Warner Bros. Records, the band insisted on releasing their debut on an independent record label first. The first record, Jane's Addiction, was a live recording with heavy overdubs released on Triple X Records. Their major label debut Nothing's Shocking was released in 1988. The album was certified Gold and got them nominated for a Grammy Award .

With the market awakened to them the breakthrough came with the release of Ritual de lo Habitual in 1990. The singles "Stop!" and "Been Caught Stealing" topped the Billboard Modern Rock Tracks chart and the video for the latter song won the first MTV Video Music Award for Best Alternative Video. The album is roughly broken into two parts. Tracks 1-5 consist of unrelated funk-metal style songs. Tracks 6-9, as a whole are in memorium of singer Perry Farrell's deceased friend known as Xiola Bleu, who died of a heroin-overdose in 1987 at the age of 19. The album itself was weaker than it's extremely vibrant predecessor, something that must have knawed at the band and created uncertainty as to where to go, they were not supposed to follow the commercial pressures but then why not ? Well after the the first Lollapalooza festival tour Farrell had organised it became clear that it was to be the band's farewell tour.

The original cover for this album initiated some controversy from conservative record stores and political action groups. They tried to pressure Warner Brothers Records into changing the artwork, but the band would not allow it. Instead, a compromise was met that allowed production of this version as well as the Amendment version which contained an alternate cover for those who found this cover offensive . 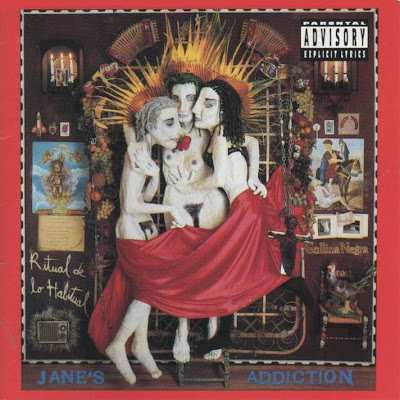 Originally a duo of Jeremy Greenspan and Johnny Dark, Junior Boys created a sound that would reconcile their influences. Years of collaboration followed and a demo was produced, but after many rejections and near-misses, they were resigned to being bedroom beat constructors. Soon after, Johnny Dark left the band to pursue other interests. Eventually KIN Records heard their demo at the end of 2002 and commissioned more work from remaining member Greenspan. Hooking up with his engineer, Matt Didemus, he began again, writing more material . The first release Birthday/Last Exit came in October 2003 — a four-track EP with a remix by Fennesz which brought them near-unanimous acclaim. Their debut album, Last Exit (recorded at the end of 2003 by Greenspan and Didemus in Hamilton), was released September 21, 2004 on KIN Records. A reissue in the US on Domino featured the Manitoba mix of Birthday, a Fennesz mix of the same track, and a new track. By that time the Junior Boys buzz has spread across the web, it's distinct retrospective eighties feel got the album great reviews.

As of 2006, Junior Boys have reappeared with new releases. "Max", a new original song, was released on the compilation See You on the Moon! . Their second full-length album, So This Is Goodbye, was released in August 2006 on Domino Records. Working within comparatively streamlined song structures, the rhythmic capriciousness that so strongly informed their debut all but erased, the absence of those slippery rhythm tracks puts the focus even more squarely on Greenspan, who delivered with a record full of elegant melodies.And like the debut album, Last Exit, So this is goodbye, got excellent reviews

2007 saw the Junior Boys embarking on a North American tour, and then headed to Europe for numerous festivals, continuing into the summer. The remix EP The Dead Horse EP was released in April containing remixes of tracks from So This Is Goodbye. 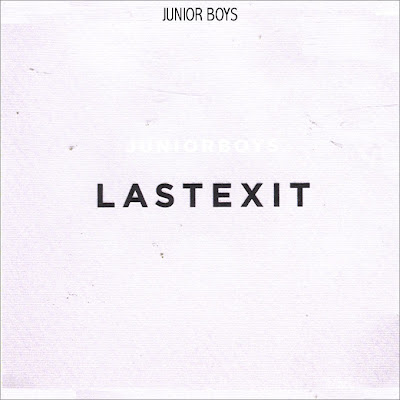 I will be very grateful!

Hello Pawel , i have re-upped 400 blows and edited the page.

thanks so much for that!

And thanks for whole great blog as well!