Hello, Eight-X and more eighties vinyl coming up. The first band wasn't very clever coming up with a geriatric name like Music For Pleasure, music for money lads, or music for a future ..to prod them punks a little.. it didn't happen for them, by 82 /83 the market became flooded by major labels pushing their bands against the independents. Into The Rain, again an odd choice for a title, it did get a successful producer, so the resulting synth wave certainly didn't disappoint...How time flies, its been 15 weeks already since i posted Thomas Dolby debut album, his quality follow-up here seemed to establish him as a new force in synth pop, but productionwork and filmscores derailed that career...Finally a band taking their name from the answer to the universe and everything ..42 (HitchHikersGuide To The Galaxy), i picked up Level Best a few weeks ago and i thought i'd share it with you'll...

Founded in Leeds circa 1979 by Mark Copson (Vocals), David Whitaker (Keyboards), Martin King (Bass) and Christopher Oldroyd (Drums). (Obviously) influenced by the punk scene, Krautrock and sounding very "new wave-ish" they went on to release a couple of singles on the Rage label.
In 1982 they signed a contract with Polydor (Martin King was replaced by Ivor Roberts) and released their first Lp "Into The Rain", great synth wave/pop, produced by legendary Mike Hedges. "Blacklands". was releassed the following year, meanwhile Polydor lost interest and dropped them. Music For Pleasure went on to release some records on their own label called Whirlpool, before disbanding in 1985. Mark Copson and David Whitaker have been involved with The Danse Society (circa '86), and drummer Christopher Oldroyd appeared on Red Lorry Yellow Lorry's "Paint The Wagon" 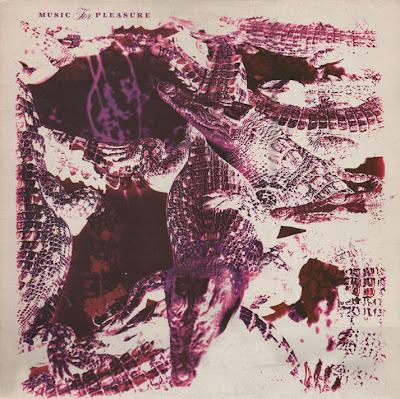 Thomas Dolby (born Thomas Morgan Robertson, on 14 October 1958) is an English musician, producer, and inventor. Thomas was father, Martin Robertson, was an internationally-distinguished professor of classical Greek art and archaeology at the University of London and Oxford University, and in his youth Thomas lived or worked in Greece and France. Thomas married actress Kathleen Beller in 1988; the couple have three children together.
Dolby's interest in music arose through his interest in computers, electronics and synthesizers. He originally attended college to study meteorology, but he was soon side-tracked by electronics, specifically musical equipment. He began building his own synthesizers when he was 18 years old. Around the same time, he began to learn how to play guitar and piano, as well as how to program computers. The "Dolby" nickname comes from the name Dolby Laboratories, and was given to him by school friends due to his seemingly inseparable relationship with his cassette machine. Dolby Laboratories tried to stop him from using the name Dolby entirely. Eventually, the case was settled out of court and it was agreed that he would refrain from using the word Dolby in any context other than with the name Thomas.

In his late teens, Dolby was hired as a touring sound engineer for a variety of post-punk bands, including the Fall, the Passions and the Members; on these dates, he would use a PA system he had built himself. In 1979, he formed the arty post-punk band Camera Club with Bruce Woolley, Trevor Horn, Geoff Downes and Matthew Seligman. Within a year, he had left the group and joined Lene Lovich's backing band. Dolby gave Lovich his song "New Toy," which became a British hit in 1981. That same year, he released his first solo single, "Urges," on the English independent label Armageddon. By the fall, he had signed with Parlophone and released "Europa and the Pirate Twins." Dolby started playing synthesizer on sessions for other artists in 1982. He wrote and produced "Magic's Wand" for Whodini; the single became one of the first million-selling rap singles. Even with all of these achievements, 1982 was most noteworthy for the release of Dolby's first solo album, The Golden Age of Wireless, in the summer of 1982; the record reached number 13 in England, while it was virtually forgotten in America. "Windpower," the first single from the record, became his first Top 40 UK hit .

Dolby's second album, The Flat Earth holds up considerably well since its 1984 release. This staying power belongs to a fantastic ensemble of supporting players as much as to Dolby's songwriting and crisp production. The album was supported by the single "Hyperactive." The single became his biggest UK hit. Though The Flat Earth did relativly well in the US , Dolby's momentum was already beginning to slow -- none of the singles released from the album cracked the American Top 40. Nevertheless, Dolby was in demand as a collaborator and he worked with Herbie Hancock, Howard Jones, Stevie Wonder, George Clinton, and Dusty Springfield. During 1985, he produced Clinton's Some of My Best Jokes Are Friends, Prefab Sprout's Steve McQueen (Two Wheels Good in the US), and Joni Mitchell's Dog Eat Dog, as well as supporting David Bowie at Live Aid. Also in 1985, he began composing film scores, starting with Fever Pitch. In 1986, he composed the scores for Gothic and Howard the Duck, to which he credited himself as Dolby's Cube. Aliens Ate My Buick, Dolby's long-delayed third album, appeared in 1988 to poor reviews and weak sales, even though the single "Airhead" became a minor British hit.

For the rest of the late '80s and early '90s, Dolby continued to score films, producing and he began building his own computer equipment. His fourth album, Astronauts & Heretics, was released in 1992 on his new label, Giant the album was a flop. The following year, Dolby founded the computer software company Headspace, which released The Virtual String Quartet as its first program. For the rest of the '90s, Headspace occupied most of Dolby's time and energy. In 1994, he released The Gate to the Mind's Eye, a soundtrack to the videotape Mind's Eye. Also that year, Capitol released the greatest-hits collection, Retrospectacle. 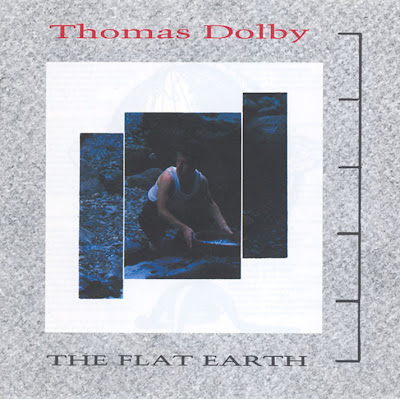 Before Phil Gould, Mark King and Wally Badarou were members of the pop band M, during 1979. Level 42 was formed in 1980 as a jazz-funk fusion band. The Gould brothers, drummer Phil and guitarist Boon, together with then drummer Mark King all came from the Isle of Wight and had played together in various bands during their teenage years. Initially the band was signed to a small independent record label, Elite Records, after being seen jamming together. Shortly after they released the single "Love Meeting Love", they came to the attention of Polydor Records and signed to them. One of the performers on that track, renowed synthesiser / instrumental keyboardist Wally Badarou, would later become Level 42's longtime co-producer and although he only ever played in the studio with them, he was known as the band's unofficial "fifth member".

In 1981 they released "Love Games", a top 40 hit. They then cut their critically acclaimed, self-titled debut album. This became an immediate success throughout Europe. The following year, a second album The Pursuit of Accidents was made, and singles from the album, first "Weave Your Spell" and then "The Chinese Way" were released, both charting. The album went on to become a huge seller. In between, Polydor released The Early Tapes, recorded in the early days of the band when they were signed to the Elite label. A fourth album Standing in the Light generated their first top ten hit in the UK in 1983, "The Sun Goes Down (Living It Up)". This album debuted a new era for the band, less experimental and jazzy than previous releases. The quartet followed that with the album True Colours in 1984, which veered between funk, power pop, midtempo rock and moody ballads. It yielded the singles "The Chant Has Begun" and "Hot Water"

Released in late 1985, World Machine broke the band worldwide; "Lessons in Love" hit number one in Britain and "Something About You" hit number seven in America. Their next two records, Running in the Family became their biggest seller, reaching the top five in numerous countries, and cemented this poppy musical direction, with King's bass and Lindup and Badarou's chugging keyboards, it made little headway in the U.S. Both of the Gould brothers left the band in late 1987, exhausted and dissatisfied with the musical direction the band had taken. They were replaced by guitarist Alan Murphy and drummer Gary Husband. Murphy died of AIDS-related diseases in 1989. During the early 1990s, the group tried to blend more of their earlier influences, into their sound and Husband asked Allan Holdsworth to provide some guitar work for the album Guaranteed. Though well-received, especially by US music critics, many of their jazz-funk fans did not like the set's mostly progressive / rock-oriented style, and meanwhile the pop music scene in the UK had moved in a different direction. 1994's Forever Now album marked the return of Phil Gould (as studio drummer and principal lyricist), the album saw the group move closer to its R&B-jazz roots. Alas, the fruitful (part) reunion was short-lived and musicians had to be sought for the live -tour which fell apart halfway as Level 42 disbanded.

Mark King went on and formed his own band, increasingly King and his band were playing more and more Level 42 tracks, so in late 2001, King came to a business agreement with Mike Lindup for the rights to the name Level 42 (Lindup agreed to play on future albums, but did not want to tour). A new album, Retroglide was announced in February 2006 with a supporting tour, chiefly recorded by King and co-written by Boon Gould. It also has some contributions from Mike Lindup on keyboards/vocals, May 2006, just prior to the start of the tour in October, it was announced that Mike Lindup would return full time on keyboards.

Level Best is a thorough overview of the smooth, jazzy sophisti-pop outfit, containing all of their biggest hits and best material, it's as comprehensive a summary of Level 42's career as could be hoped. 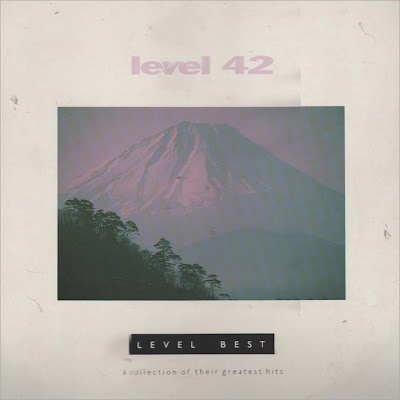 So it's Ogg. Swell tragic turn there.

Hello edfray why dont you get a decent player these have no trouble playing ogg or recoding it..even for MAC.
Almost an outrage isn't it ? Having to do something yourself..
But then take a look at what's on offer here..

Hi, links not work, pleeeese
thanks! ^^

Hello Johana, believe it or not most of the links here have been re-upped these past 5 years, unfortunately i dont have 1000's of visitors that keep the links active, that said many hosts have disappeared these last years. I do try to satisfy requests for a specific album as the 4,000 albums you find here are all backed up.
What is it that you want ?

Hi Rho. Please could you re-up the Level 42 album.