Hello, Around the Worldmusics goes back, way back into time..., not sure how to classify this..its been around for more than a 1000 years and supposedly not that much has changed after Charlemagne and the Pope, in a cynical division of absolute power, made it compulsary and punishable by death to sing any other way. These days one can do anything with it, and it worked wonders as background music to erotica...well there's no beats here and the experts argue about the rhythm-if any, make your own noise with it...

Gregorian chant is a form of monophonic liturgical chant of Western Christianity that accompanied the celebration of Mass and other ritual services. This vast repertory of chants is the oldest music known as it is the first repertory to have been adequately notated in the 10th century. In general, the chants were learnt by the viva voce method, that is by following the given example orally, which took many years of experience in the Schola Cantorum. Gregorian chant originated in Monastic life, in which singing the 'Divine Service' nine times a day at the proper hours was upheld according to the Rule of St. Benedict. Singing psalms made up a large part of the life in a monastic community, while a smaller group and soloists sang the chants. In its long history Gregorian Chant has been subjected to many gradual changes.

Gregorian chant was organized, codified, and notated mainly in the Frankish lands of western and central Europe during the 12th and 13th centuries, with later additions and redactions, but the texts and many of the melodies have antecedents going back several centuries earlier. The chant bearing Gregory I 's name arose from a later Carolingian synthesis of Roman and Gallican chant and that at that time the attribution to the Pope was a 'marketing ruse' to invest it with a pedigree of Holy Inspiration in efforts to create one liturgic protocol that would be practised throughout the entire Empire. One Empire, one Church, one Chant - imposing Unity was a central issue in Carolingian days. It appeared in a remarkably uniform state across Europe within a short time. Charlemagne, once elevated to Holy Roman Emperor, aggressively spread Gregorian chant throughout his empire to consolidate religious and secular power, requiring the clergy to use the new repertory on pain of death. From English and German sources, Gregorian chant spread north to Scandinavia, Iceland and Finland. In 885, Pope Stephen V banned the Slavonic liturgy, leading to the ascendancy of Gregorian chant in Eastern Catholic lands including Poland, Moravia, Slovakia, and Austria.

Gregorian chants are organized into eight modes. Typical melodic features include characteristic incipits and cadences, the use of reciting tones around which the other notes of the melody revolve, and a vocabulary of musical motifs woven together through a process called centonization to create families of related chants. Gregorian chant was traditionally sung by choirs of men and boys in churches, or by women and men of religious orders in their chapels. It is the music of the Roman Rite, performed in the Mass and the monastic Office. Although Gregorian chant is no longer obligatory, the Roman Catholic Church still officially considers it the music most suitable for worship 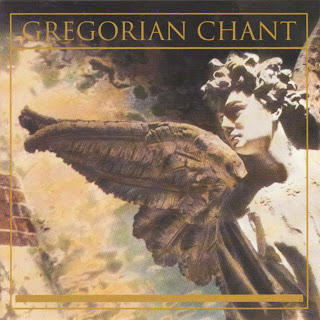