Hello, Rhotation 37, how time flees..Into BPM , is about Darren Emerson today, his Psychotrance mix album showed not only great skills but self assuredness aswell, enough to extend the feel of it into Underworlds next releases, when he left in 2000 at the height of the DJ culture, he spon his way into the Ibiza nightlife, becoming one of it's biggest assets.

Darren Emerson (born 30 April 1971, in Hornchurch, England), he began mixing Hip-Hop records at the age of 14, and by 16 was DJing regularly at local venues. He began to explore House Music and quickly acquired a reputation as one of the top British DJs, and demand for his services saw him playing at top clubs such as The Milk Bar, Limelights, and Venus. Along the way Darren garnered several accolades such as "DJ of the Month" in The Face magazine, and also i-D magazine.

In 1990, Martin Prudence, brother-in-law of Rick Smith, introduced him and Karl Hyde invited him to become the third member of techno band Underworld. 1993's dubnobasswithmyheadman was their commercial breakthrough onto the then burgeoning British electronica scene. In 1994 he was asked to compile and mix the second instalment of the well recieved Psychotrance 1, Darren didn't blink and layed down not only an excellent set but layed out the groundworks of Underworlds next releases. "Born Slippy .NUXX", which became a huge hit following its inclusion on the soundtrack to the movie, Trainspotting. Originally not included on their second album, 1996's Second Toughest in the Infants. Where Underworld continue to explore the fringes of dub, dance, and techno, creating a seamless, eclectic fusion of various dance genres. Emerson also emerged as a much sought-after remix talent, with remixes for such diverse acts as The Chemical Brothers, and Björk.

Darren parted ways with Underworld in 2000 and then concentrated more on his solo career as a DJ and remixer, and also a label owner. "Global Underground: Uruguay" (2000) and "Global Underground: Singapore" (2001) soon followed on the Global Underground label, with "Episode 1" on his new Underwater label following in 2002. He continued to release tracks by himself and new artists on the Underwater records label and eventually gained its own night at super club Pacha, Ibiza alongside fellow DJ Erick Morillo, to hold a joint Underwater/Subliminal Records night. During its second summer at Pacha, his Underwater Records night won 'House Event' of the summer at the DJ Magazine awards. After its success, Darren Emerson decided to host its own full night at Pacha, Ibiza which became an extremely popular night on the island.

Over the past few years, Emerson has been busy touring the world whilst preparing for his own solo debut album. Rarely playing in the UK apart from his bi-monthly resident slot at London club The End, he still finds time to release an annual Underwater Records compilation every summer. Since 2004, Emerson has been dating British TV presenter, Kate Thornton. They are currently engaged and have one son, born in last month May 2008. 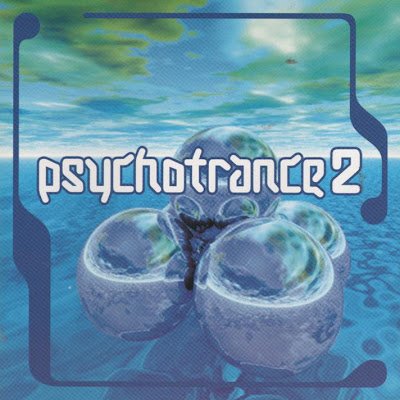 When at first you don't succeed...Hyde and Smith began their musical partnership with the Kraftwerk and reggae-inspired sounds of while studying together at Cardiff Art College. In 1983 they recorded two albums for CBS Records with a proto-electroclash new romantic band whose name was a graphic squiggle, which (this being a relatively unknown band and many years before Prince became "Love Symbol") was soon given a pronunciation, Freur...doot doot .Freur disbanded in 1986. In 1987 members of Freur created the band Underworld and tried a more guitar-orientated funky electropop sound "Underneath the Radar"and Change the Weather.After a break (to concentrate on, among other things, art/design project Tomato), Hyde and Smith recruited Essex DJ Darren Emerson, and after several minor releases and remixes as Lemon Interupt and Steppin' Razor readopted the Underworld moniker.

The trio's first full-length, Dubnobasswithmyheadman, was released in 1993 to rave reviews and is still considered a landmark piece of work today. It spawned several hit singles ("Dark & Long", "Cowgirl", "Dirty Epic") and was followed a couple years later by the "Born Slippy" single and their second album, Second Toughest In The Infants (1996). The unusual name of the album as released derives from a comment made by Smith's six-year old nephew Simon Prosser when asked on his progress at school. Both the single and the album showed Underworld maturing as a trio, mixing elements of techno, house, drum and bass and pop music to spectacular effect.

Underworld's well-praised remixography also continued to grow, including artists such as Björk, Saint Etienne, Simply Red, Massive Attack and Leftfield. After licensing a remix of "Born Slippy" for the 1996 cult classic film Trainspotting, Underworld gained instant worldwide fame and found themselves touring furiously, presenting their renowned, high-energy live act worldwide. Their fame continued to run high through the release of Beaucoup Fish (1999) and Everything, Everything (2000), after which time Emerson left the group to concentrate on his DJ career.

The duo continued on, releasing the album A Hundred Days Off in 2002 and an anthology release, 1992–2002 in 2003. From 2004–2006, they took a break from the traditional album/tour cycle, and focused on soundtrack work and online digital EP releases as part of The RiverRun Project.In late 2005 they released two compilations of new songs with accompanying photographs on Underworld Live, Lovely Broken Thing and Pizza for Eggs. These were only released online, june 2006, they released their third instalment, I'm a Big Sister, and I'm a Girl, and I'm a Princess, and This Is My Horse. July 2006, they released a special retrospective mix, called The Misterons Mix, which is comprised of tracks from the three previous Riverrun releases.

Underworld added DJ Darren Price to their live lineup during this period. In 2006, Underworld and Gabriel Yared composed the music score to Anthony Minghella's film Breaking and Entering. Underworld 's latest album, Oblivion with Bells, was released on October 16th, 2007. Underworld have been experimenting and selling recordings of their live performance at the venue, 15 minutes after the show had finished, the first time they did this was a 3xCD set called Live in Tokyo in 2005. A full world tour has been announced to support the new studio album, illness prevented the planned kick off time but they've been catching up in 2008, with their tour dates in the United States, Europe, and Japan. This summer they'll be doing a number of festivals around the globe-see their mypage.

In addition to their music, Hyde and Smith are also founding members of a graphic design company, Tomato, which has done high-profile work for clients around the world as well as providing art for all of Underworld's releases. Hyde, along with John Warwicker of Tomato, has published two typographic journals as Underworld Print: Mmm... Skyscraper, I Love You (1994) and In The Belly Of Saint Paul (2003). Underworld Print began publishing the monthly Book of Jam in October 2007, which focuses on a different theme in each issue. 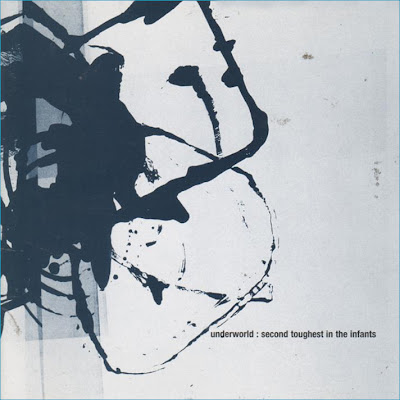 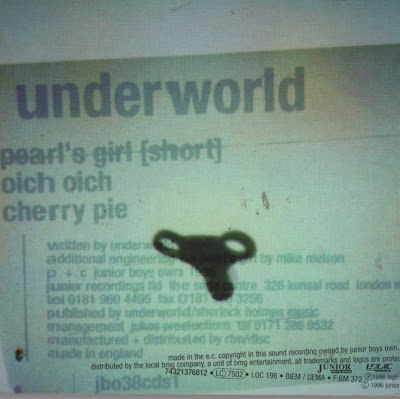 can you please re-up PSYCHOTRANCE 2