This is an underrated record, Ben with a super-tight band revisiting a lot of his earlier material. Even today his shows follow the format presented here -- medleys of some of his biggest hits that flow into each other seamlessly. Some people have commented that the versions here are inferior to the originals, but I feel that is beside the point. This is Jorge Ben as he was coming into his sound associated with the Black Power movement in Brazil, very soulful stuff, reinventing his formative 'samba-rock' / bossa material. 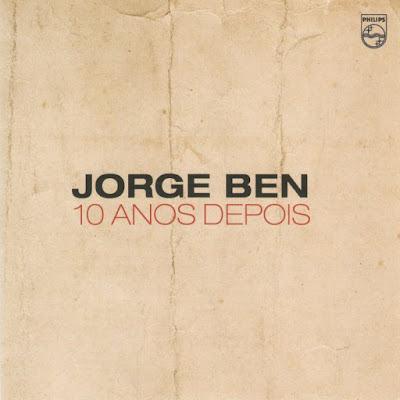 A Tábua de Esmeralda (together with Jorge Ben's 1976 album África Brasil) could be said to represent the creative culmination of his astonishing '70s. The music that Ben recorded during this period had tremendous influence on Brazilian musicians at that time and to a great extent helped to ignite the creative explosion that took place in the Brazilian samba rock and samba soul scenes during the '70s. The sound on this particular album is very simple, with the songs being driven by Ben's characteristic acoustic guitar playing together with a bass guitar and percussion. Floating in the background on several tracks are also some nice string arrangements and a double bass. The melodies are magnificently crafted, managing to be catchy and free-flowing without ever feeling banal or predictable. One of many great songs on this album is the upbeat opening track, "Os Alquimistas Estão Chegando," with its funny lyrics about alchemists. Other especially fine moments are the space-themed "Errare Humanum Est," "Zumbi," with its Africa-inspired lyrics, "Cinco Minutos," and "Magnolia." A Tábua de Esmeralda belongs in the record collection of any fan of Ben's music and is also a great starting point for someone who wants an introduction to his work. 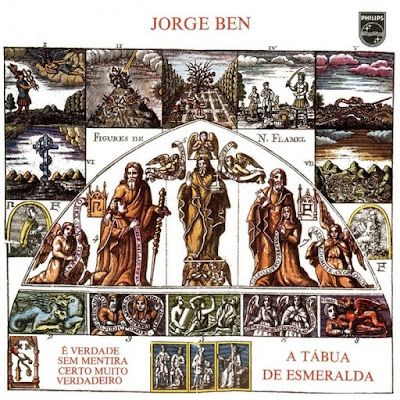 An overlooked and underestimated work from a great brazilian artist, Solta o Pavão may be one of the best works of Jorge Ben. The album, which, according to Ben himself, is a continuation of the classic A Tábua De Esmeralda, of 1974.  Yet, he introduced several innovations - occasional ARP strings or flute arrangements, prominent e-bass, but he generally kept the sound close to that of his last few albums. There are no bad songs in this album. I would highlight Zagueiro, Dorothy and Jesualda - awesome works. Luz polarizada and Cuidado com o bulldog are a bit uninteresting, but the rest of the album is excellent. Very recommended in spite of its little fame or recognition. 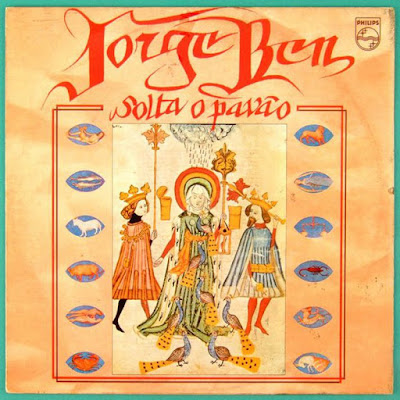 Recorded with little rehearsal and only two acoustic guitars (plus a percussionist) for accompaniment, Gil e Jorge focuses squarely on the individual talents of Gilberto Gil and Jorge Ben as musicians, vocalists, performers, and improvisers. Of course, they prove up to the task. The nine lengthy tracks on the album (it was originally configured as a double LP) feature Gil and Ben interacting to a high degree, trading lines and often repeating them several times. The best tracks here -- "Nega," "Taj Mahal," and "Meu Glorioso Sao Cristovao" -- are highly rhythmic and have the heft of ancient Brazilian folksongs. Unfortunately, there isn't another record in Gil's discography even remotely close to it. 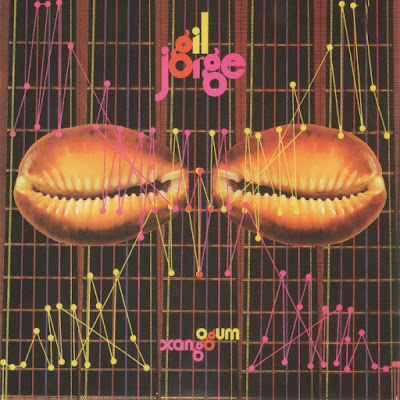 Thank you for A Tábua de Esmeralda and your interesting blog.

Is it at all possible to re-up the Gilberto Gil and Jorge Ben album?