1969 was a big year for Jorge Ben. While he was already an established veteran in Brazilian musical circles, he refused to align himself with either the Jovem Guarda or MPB movements because he found both camps willing to abandon samba in favor of popular styles from North America and England. That ambivalence hurt him professionally but not creatively -- until the release of this self-titled classic. When the new tropicalia crew heard the set, they were floored and they attempted to draft the brilliant singer, songwriter, and multi-instrumentalist into their fold. If emulation is the best form of flattery, it happened immediately. Two tracks from this set, "Que Pena" and "País Tropical," were recorded immediately by Gal Costa and showed up on both her 1969 releases. Caetano Veloso recorded this set's final track "Charles, Anjo 45" for his own self-titled recording that same year. While the cover of this album is psychedelic enough to be folded into the emergent tropicalista brand, the music tells a different story. True to his feelings, Ben kept the samba as the central tenet of this recording. It's true that he drew great inspiration from American soul music, but rather than attempt to create a style of music that was merely derivative of it, he went out of his way to write songs and collaborated with his two great arrangers, José Briamonteand the great Rogerio Duprat to inspire that samba and soul flowed seamlessly together. Further, he and producer Manoel Barenbien used reverb and other sounds to great effect. The end result is a recording that sounds truly revolutionary even in the 21st century. Samba and Brazilian folk forms dominate the structures of these tunes. Rhythmically, it couldn't be further from soul. "Criola," that opens the album, is a perfect example. While horns and strings reflecting Motown's psychedelic soul sound of the era are heard prominently, the shifting time signature, the strong acoustic guitar flow in the forefront, whistles, berimbaus, hand drums, shakers, and chanted choruses behind Ben's breezy delivery bring out all the most infectious elements of samba. "Domingas," which follows, is the tune's mirror image; a ballad saturated in wispy flute, the constant presence of the backing voices, maracas, and the choppy, rhythmic acoustic guitar and a baritone sax solo emulating the lyric on the second chorus offer something emotionally riveting, and seductive, even if the tune is rather socially and politically charged with ambivalence. "País Tropical" marries soul and samba to Caribbean calypso with a beautiful call and response lyric and chorus. But it's not just the music. Ben is a poet as well as a songwriter. "Take It Easy My Brother Charles," reflects the tension between races and celebrates the black element in Brazilian and even world society, and the creative debt owed to Africa prefigures the Black Rio movement by three years. The shifting meters in "Descobri Que Eu Sou Um Anjo," where the strings hold true to one rhythm and harmonic structure and the rest of the instruments and voices follow another, is delirious and enchanting. This set stands out a bit because while it sums up all the places he'd been in the '60s, it also prefigures the funkier elements that he would embrace as the '70s emerged. Two periods of Brazilian culture are embraced here, held in an uneasy tension that nonetheless feels seamless in this brilliant recording. 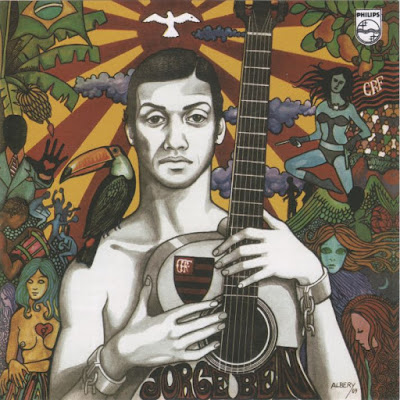 The combination of Jorge Ben and Trio Mocotó had already produced great things when Força Bruta first appeared in 1970. Ben's self-titled album of the year before had reeled off a succession of Brazilian hits, including "País Tropical" and "Cadê Teresa," and made the four musicians very busy as a result. Força Bruta was a slightly different album, a slice of mellow samba soul that may perhaps have been the result of such a hectic schedule during 1969. One of the hidden gems in Jorge Ben's discography, it's a wonderful album because it kept everyone's plentiful musical skills intact while simply sailing along on a wonderful acoustic groove that may have varied little but was all the better for its agreeable evenness. The songs may have been more difficult to distinguish -- virtually every one began with acoustic guitar, similar instrumentation, and Ben's caressing vocals over the top -- but it made the record one of the best in Ben's hearty career. 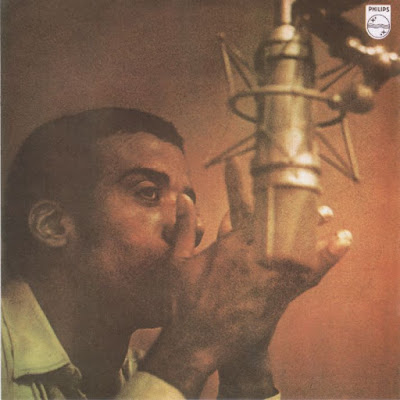 Negro E Lindo is a worthy successor for the great album he had released in the previous year - Forca Bruta. Jorge now takes his sound further toward a tropical Soul, a style that was his unique invention. But there are also still those hypnotic Samba grooves. Clearly, Negro E Lindo belongs to those master albums Jorge Ben bestowed to the world. with a good handful of records, Jorge Ben enriched Brazilian Pop and beyond, international Pop music. 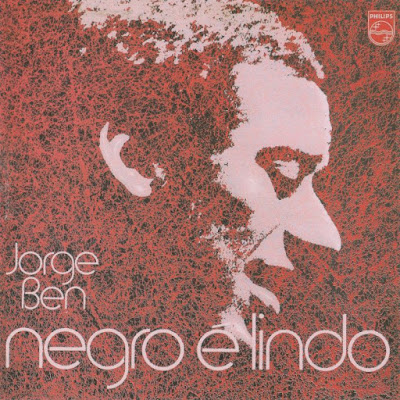 This album is clearly the start of the samba rock fusion that Jorge Ben, a legend of Brazilian pop, is credited for. Acoustic nylon-string guitar, bass guitar, percussion trio. Basic, authentic elements of Brazilian pop and samba.
Jorge Ben's creativity is flowing freely here. He gets wise, playful (always), poetic, passionate, spacy and spaced out. The guitar riffs are spectacular and the percussion is authentic samba rock groove. The bass groove on "Take It Easy My Brother Charles" deserves special mention. It is groovy to the bone (try listening to "Criola", "Take It Easy My Brother Charles", "Bebete", "Pais Tropical" -- Brazil's unofficial national anthem). The album has a good, varied instrumental pallette. Some tracks have tasteful string arrangements with a slightly spacy feel ("Barbarella", "Sou Um Anjo"), some have piano ("Cadê Tereza", "Que Pena"), and even flute on "Quem Foi Que Roubou..." 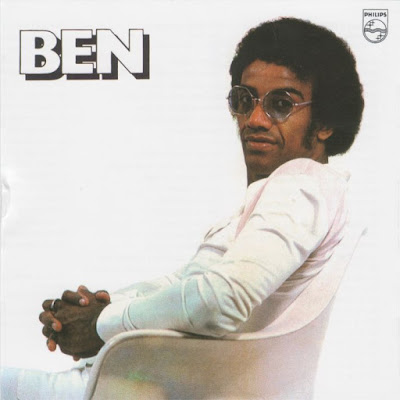 many thanks for the album Jorge Ben - Ben