Hello, just watched Breaking Bad pick up a string of Emmy's, I guess all the other nominees must have felt chance-less, next year it will be split between Mad Men (ending) and Game Of Thrones (neverending), meanwhile summer remains like mid autumn in NW Europe rather bizarre in these days of global warming but then if it wasn't for the warm gulfstream these temps would be normal, still for those on holiday it must be frustrating. Then again in Africa....

In the late 60s and early 70s, James Brown’s funky new bag hit West Africa like an atom bomb. The funk groove was a perfect fit with the traditional rhythms and High-life guitar and horn sounds that were dominant in the region. The same thing had happened 40 years earlier when Cuban music came home to Africa, would happen again in a few years when Reggae spread across the continent. . ... N'joy

What we have here on BOONIAY!! is a DJ-selected collection of dance-floor movers, mostly from the 70s and mostly from Ghana; a tasty variety of highlife-disco-funk hybrids that sprout like tropical fungus with phase-shifted and wa-wa guitars, farty vintage synths, glorious drum and percussion beds, massive Mother Drum bass lines, sweet, rough, and soulful vocals. Verve, imagination, and exuberance are evident on every track.

This collection lacks the informative liner notes of the recent NIGERIA 70s set on Strut, but it does provide an equally valuable window on the rich ferment of African music and culture that was happening at the time. As a bonus for analog fans, there’s plenty of vinyl crackle and pop on these re-masters, and the transfer to digital is just right: the bass sound is fat and incisive, the percussion vivid and alive; warm and fuzzy rules here. 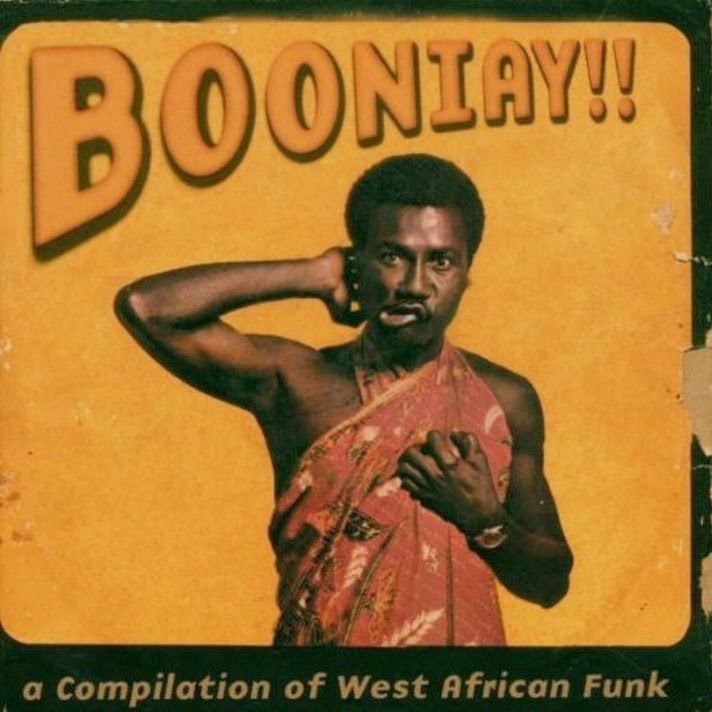 Club Africa features an infectious blend of '70s cuts informed by Fela's groundbreaking Afro roots and jazz blend. High profile moments come courtesy of Mandingo, Peter King, and Miriam Makeba, revealing the collection's cross-cultural bent in the process. In fact, a good amount here is global, coming from the likes of Columbia's Wganda Kenya, the New York-African group Buari (featuring jazz drummer Bernard Purdie), and the U.S. session band behind Chakachas' funk hit "Jungle Fever." And, yes, there is plenty of Africa here too, not only in all the music of course, but more directly in the Fela-meets-Sunny Ade side "Jungle Funk" by Nigeria's Nkengas and the Afro-Cuban cut "Kenia" by Kenya's Mombasa. The grooves are incredible throughout, making it easy to believe, as Dewbury purports in the liner notes, that this music is "the flavor of '99 with cutting edge DJs." Save for the Gaytones' lifeless rendition of the Manu Dibango hit "Soul Makossa" and the Ashantis' Afro-Allman Brothers jam "Everybody's Groove," it's not hard to see why the hipsters of Dance Nation are getting down to cuts like these. 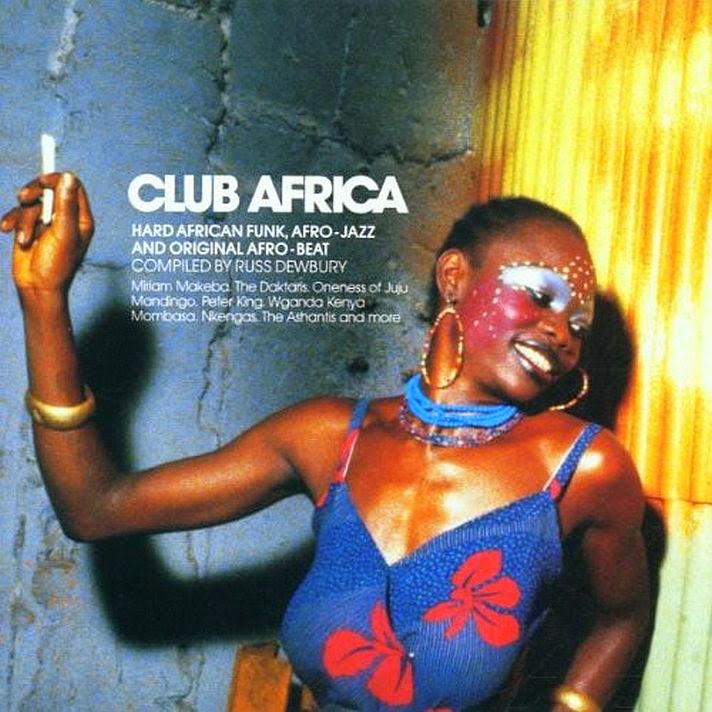 The twelve tracks on the record explore West Africa's groove-heavy assimilation of the psychedelic revolution, albeit a few years (and a couple thousand miles) removed from 1967's Summer of Love.   Spanning countries such as Mali, Gambia, Benin, Nigeria, Ghana, and Cameroon, this collection spotlights a time of incredible creative fermentation, reflecting on colonialism's more fortunate byproduct:   the fascinating and unique intersection of hallucinogenic, distorted Western psychedelia and local, traditional African music.   This phenomenon of Afro-Rock is what lies at the heart of Love's A Real Thing.

No. 1 de No. 1  de Guinea 's elaborates a transcendentally rhythmic groove with Cuban-influenced trumpet and Hendrix-styled guitar, and, given the time, an unusually restrained and effective use of the wah-wah pedal in ìGualira Ven.î   From Nigeria, Lagos-based William Onyeabor 's ìBetter Change Your Mindî juxtaposes politically conscious lyrics condemning the imperial powers of the time with a thumping bass and soaring keyboards. A frequent collaborator with ex-cream drummer Ginger Baker in the early 70s, Nigeria's talking drum specialist Gasper Lawal concocts a dreamy percussion-heavy chorus-chanting paean with ìAwon-Ojise-Oluwa.î Closing out the record, ten-piece Malian band Orchestre Regional de Kayes, led by Harouna Barry, hint at yet another cultural transmigration with the Arabic-tinged vocal rounds of ìSanjina.î 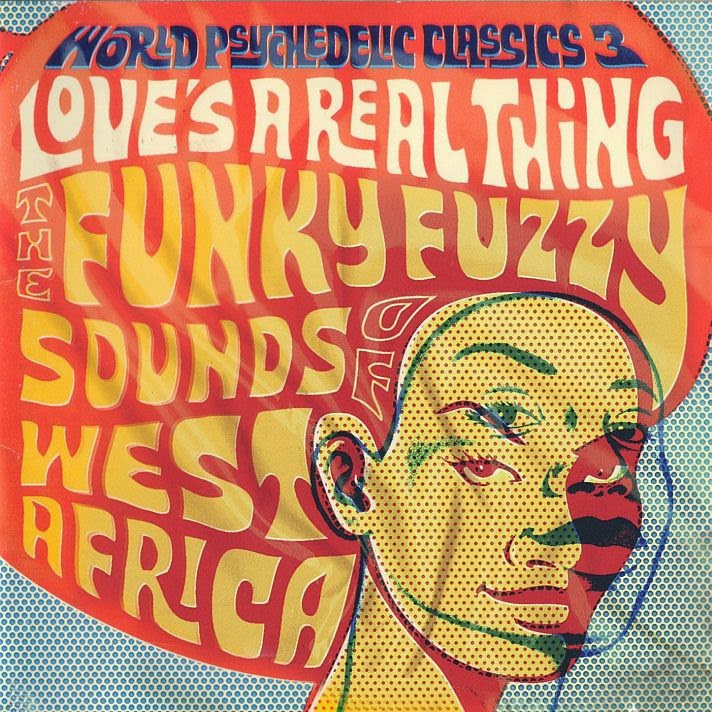