Hello as the news is currently all over Robin Williams suicide at 63, he as so many comedians suffered from depression and substance abuse, his latest tv show was cancelled (it was awful). The usual punters talking about his best movies and once again they omit the one he was most proud of, a brilliant movie "What dreams may come"  completely miss marketed at the time but absolutely worth checking out, hopefully it will be picked up by tv programmers now but these people are like the 'critics' a herd of nincompoops. Meanwhile those crazy Shia Iraqis are trying to run down the country some more opening the door to those insane Isis egomaniacs, there's just 5,000 of them but they scare millions.

A mixed roots bag today quality stuff from Nigeria when the world there was somewhat less of a mess as it is today. ... N'joy

Orlando Owoh (February 14, 1932 – November 4, 2008) was a highlife musician and band leader. He was a member of the Owo people ethnic group Owoh was born Stephen Oladipupo Owomoyela in Osogbo, Nigeria, but he later became known to his fans as Chief Dr. Orlando Owoh. As a young man Owoh initially entered into the carpentry trade until 1958, when he was hired by Nigeria's Kola Ogunmola Theatre Group to play drums and sing. Owoh went on to form Dr. Orlando Owoh and his Omimah Band in 1960, and over a musical career of forty years became one of the leading proponents of highlife music. With bands such as the Omimah Band and later the Young Kenneries and the African Kenneries International, Owoh remained popular in Nigeria, even as tastes moved to the newer jùjú and fuji styles. Orlando Owoh died on November 6, 2008, in Lagos, Nigeria. He had over 45 albums to his credit. 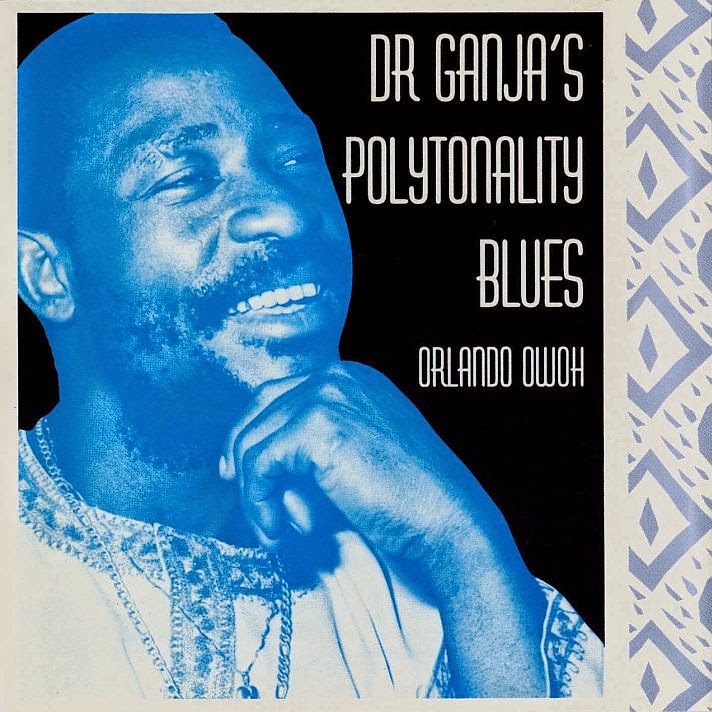 It might seem hard to imagine Nigeria as a country that produced convincing psychedelic rock in the 1970s, but the evidence is right here. Fifteen tracks that stand out against the best garage psych to come out of America or England -- although just a decade later. In fact in some ways it's even better, because of the polyrhythmic percussion on each track that gives it a swing rather than the leaden beat that sometimes weighs down Western psychedelia. The linchpin was Cream's Ginger Baker, who used Nigerian musicians in his Airforce group and exposed them to this music, which they disseminated when they returned home. But the Nigerians certainly lapped it up, and there's a wonderful wildness to this, with funky Hammond organs and guitar solos that owe more than a passing debt to Carlos Santana. Kudos to Miles Cleret who put this together with scholarship and joy, and included the biggest names like BLO and Mono Mono. A warning, though: this is dangerously addictive, one of those pleasures that you'll repeat often! The booklet puts it all in context, but the music, ultimately, speaks for itself. 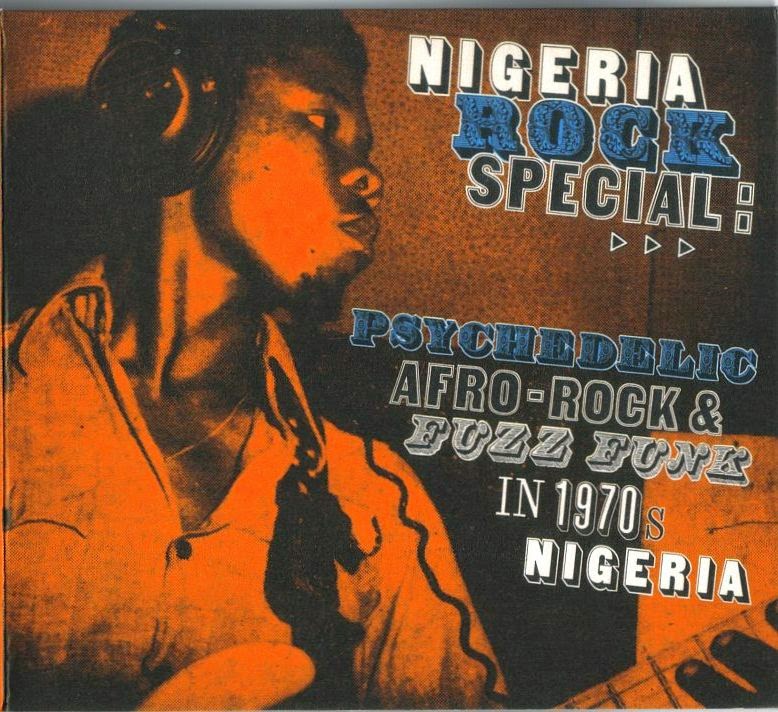 In some ways, Fela is to Afrobeat what Bob Marley is to reggae: The outsize figurehead who frustrates serious fans by being the genre's alpha and omega to musical tourists, the father of an ongoing bloodline and franchise. While Fela Kuti is the undisputed father of Afrobeat, the many other recordings on this 11-track release showcase many interpretations of his creation. Most of these sides were issued by Universal Music Group-owned labels: Philips, Decca, Polydor, etc. A few come from EMI and HMV as well. Still others were on African-owned independents such as Tabansi and Ashiko. The array of artists here is also remarkable. It ranges from the well-known -- Fela, Orlando Julius, Saxon Lee, Segun Lee, Bob Ohiri -- to more obscure ones to Western ears. The titles however, are all killer. Standouts include the 7" version of Fela’s “Who’re You.” This version was recorded in Nigeria and later appeared in a much longer one re-recorded at Abbey Road on his London Scene album. It’s this version -- with its insane tempo and full drum and bass assault, and the folk song played as Fela’s keyboard solo -- that is far preferable. Equally intense is “We Dey Find Money,” a ten-minute burner by Eric Showboy Akaeze & His Royal Ericos. This adheres to the Afro-beat formula but moves into hard Southern funky soul grooves as well; it includes chanted highlife choruses, too. Guitars and keyboards are in full-on distortion mode to make this one narcotic, sweat-inducing track. Lee’s “Mind Your Own Business” is a snaky, winding, hypnotic number that reflects Afrobeat’s trippier side. The jazzy, more North African-sound of Afrobeat is reflected by Andrew “Madman” Jaga's “Hankuri," and features him fronting Sir Victor Uwaifo's Titibitis. (That’s Uwaifo on guitar.) The amazing dub-like reverb effects on Julius' “Afro-Blues” are remarkable for the time period, and the calypso influence on the music on Godwin Omabuwa & His Casanova Dandies' “Do the Afro Shuffle” is undeniable. Compiled, annotated, and sequenced by the irrepressible Miles Cleret, this is arguably the finest volume in the series thus far. 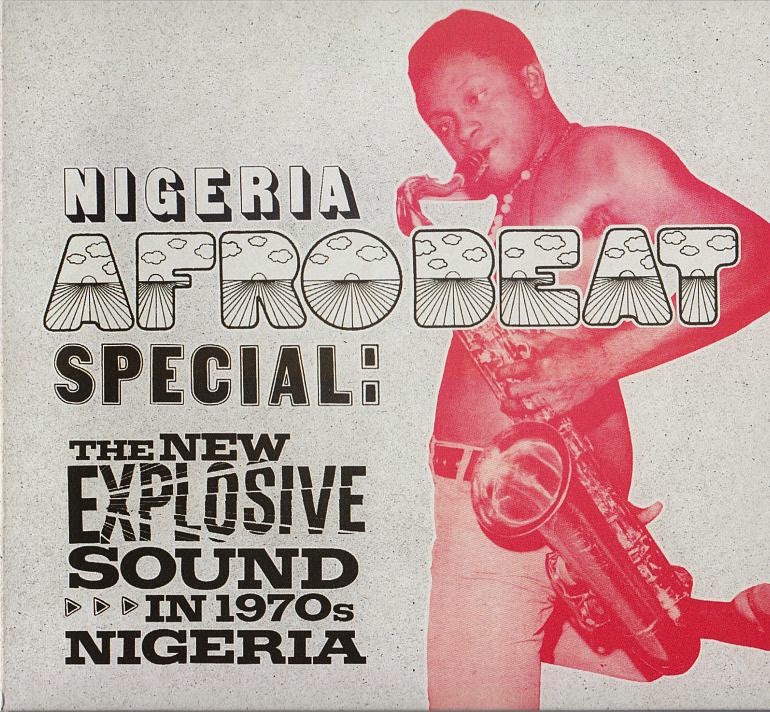 Hi, thanks for the many posts I got from you! Unfortunately Psychedelic Afro-Rock... is not available, please re-up. Greetings Chris

Hello Chris, well it's odd i get the same server nono, this when a dozen downloads have registered... Well ive re-upped to filefactory not as fast but reliable...N'Joy

Hi Rho!
I also get a message from File factory saying it is not available - tried on different machines (2 pc and 1 android tablet) plus different providers with no joy - any chance you could try another host?
Thanks for all the great Nigerian music you have been posting lately!
Mike

Hello Mike this is most odd because it's available to me and there have been several downloads where are you located and have you had more problems with filefactory ?

Hi Rho,
Thanks for the reply - FF started working after a few days of error messages - got it thanks!
Mike