Hello, today the 175th post of GoldyRhox, classic pop rock in the darklight is an English singer-songwriter, musician, and humanitarian activist (born 13 February 1950), who rose to fame as the lead vocalist and flautist of the progressive rock band Genesis. After leaving Genesis, he went on to a successful solo career.

More recently, today's mystery artist has focused on producing and promoting world music and pioneering digital distribution methods for music as well as his involvement in humanitarian efforts. Our man has won numerous music awards throughout his career, including three Brit Awards—winning Best British Male in 1987, six Grammy Awards, thirteen MTV Video Music Awards, the first Pioneer Award at the BT Digital Music Awards, and in 2007 he was honoured as a BMI Icon at the 57th annual BMI London Awards for his "influence on generations of music makers". In recognition of his many years of human rights activism, he received the Man of Peace award from the Nobel Peace Prize Laureates in 2006, and in 2008, TIME magazine named Gabriel one of the 100 most influential people in the world. He was also awarded the Ivor Novello Award for Lifetime Achievement in 2007, and the Polar Music Prize in 2009. Inducted into the Rock and Roll Hall of Fame as a member of Genesis in 2010 and he is to be inducted as a solo artist in 2014. 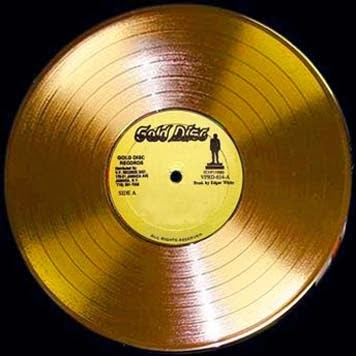 Today's mystery album is the fifth studio album by today's English rock musician, released on 19 May 1986 by Charisma Records. After working on the soundtrack to the film Birdy (1984), producer Daniel Lanois was invited to remain at Gabriel's home during 1985 to work on his next singing project.

Today's mystery album is the artist's first non-eponymous album. Hehas noted his dislike for titling albums, mainly because it distracts from the sleeve design. In an interview for Rolling Stone, he commented, "I decided to go for the anti-title ... It can be more a piece of graphic, if you like, as opposed to something with meaning and intention. And that's what I've done ever since". The sleeve design is a portrait of the artist photographed by Trevor Key, who was then most famous for capturing the bell artwork for Mike Oldfield's Tubular Bells (1973). It was then designed by Peter Saville and Brett Wickens, the former of whom had designed several sleeves for Factory Records artists.

At the 29th Annual Grammy Awards, today's mystery album was nominated for Album of the Year, losing to Paul Simon's Graceland (1986), while "Sledgehammer" received nominations for Record of the Year, Song of the Year and Best Male Rock Vocal Performance.

Today's mystery album is often regarded as today's artist best album, as well as one of the best albums of the 1980s. Rolling Stone placed So at 187 on its 500 Greatest Albums of All Time and at 14 on its 100 Best Albums of the 1980s, noting that "despite its mass appeal, however, the album also presented compelling challenges." It has been profiled in the Classic Albums series and featured in 1001 Albums You Must Hear Before You Die. It is the artists' best-selling album, it has been certified fivefold platinum by the Recording Industry Association of America and triple platinum by the British Phonographic Industry. It spawned five singles, "Sledgehammer", "Don't Give Up", "Big Time", "In Your Eyes" and "Red Rain". "Sledgehammer" received particular success, reaching number one on the Billboard Hot 100 and winning a record of ten MTV Video Music Awards.It was remastered in 2002 and it's available here.