Hello, well today James Brown biopic was released in the US, obviously compiling the life of the hardest working man in showbusiness in 138min will always have it shortfalls, but initial reviews give a big thumbs up specialy towards Chadwick Boseman who plays James Brown.

Get On Up Official Trailer


James Brown: Before the Movie 'Get On Up'


What the flick gives an indepth review


These weeks it's all about "Soul Brother Number One," "the Godfather of Soul," "the Hardest Working Man in Show Business," "Mr. Dynamite" -- those are mighty titles, but no one can question that today's artist earned them more than any other performer. James was a guy who had self motivation written all over his back and front. And it came out of every pore of his music. The J.B.'s were the legendary supporting cast of musicians behind James Brown, earning a well-deserved reputation as the tightest, best-drilled instrumental ensemble in all of funk. The name J.B.'s is most often associated with three hornmen in particular -- saxophonists Maceo Parker, Alfred "Pee Wee" Ellis, and trombonist Fred Wesley, all of whom originally joined Brown's backing band at various points during the '60s.  trombonist Fred Wesley was the world's most famous sideman, orchestrating the sinuous grooves and contributing the bold, surgically precise solos that defined the language of funk. ......N'joy

As the longtime musical director for soul legend James Brown's renowned backing unit the J.B.'s, trombonist Fred Wesley was the world's most famous sideman, orchestrating the sinuous grooves and contributing the bold, surgically precise solos that defined the language of funk. Born July 4, 1943, in Columbus, GA, Wesley was raised in Mobile, AL. At age three, he studied classical piano under his grandmother, a music teacher, but much preferred the big-band music played by his father, Fred Wesley, Sr., who also chaired the music department at Mobile Central High School. Wesley, Jr. remained with the piano until middle school, first adopting the trumpet before moving to the trombone. He made his professional debut at age 12 in a big band led by his school's music teacher, E.B. Coleman, and soon was sitting in with local R&B acts as well. While studying music at Alabama State University, Wesley briefly tenured with the Ike & Tina Turner Revue as well as Hank Ballard & the Midnighters before serving in the U.S. Army, playing with the 55th Army Band and graduating from the Armed Forces School of Music. After returning from military duty in 1967, Wesley formed his own project, the Mastersound, fusing R&B with hard bop. The group splintered within a year, however, and when he received a phone call from J.B.'s trumpeter Waymon Reed, who told him Brown was seeking a new trombonist, Wesley accepted the offer.

Brown's infamously dictatorial approach wore greatly on Wesley, and the two men clashed often. After appearing on landmark singles including "Say It Loud (I'm Black and I'm Proud)," "Licking Stick," and "Mother Popcorn," the trombonist even quit the J.B.'s in late 1969, briefly gigging with Sam & the Goodtimers before returning to Brown's camp in early 1971 and assuming the role of musical director and arranger. Wesley's contributions to classic funk outings including Black Caesar, Slaughter's Big Rip-Off, and The Payback cannot be overstated: alongside bandmates including Maceo Parker and Bootsy Collins, he spearheaded Brown's groundbreaking transformation from soul to funk, establishing the template for the R&B of a new decade. "I completed [Brown's] creations, I followed his blueprints," Wesley later said. "He would give me horn things to write, but sometimes maybe it would be incoherent musically and I would have to straighten it out, so to speak. When it came out of my brain, it would be a lot of James Brown's ideas and my organization." Wesley even wrote a handful of Brown hits including "Doin' It to Death" and "Papa Don't Take No Mess," and headlined several J.B.'s records including the classic Damn Right I Am Somebody and Breakin' Bread. But creative and financial differences again forced him to part ways with Brown in 1975, this time for good.

Wesley signed on with George Clinton's Parliament-Funkadelic in time for their seminal Mothership Connection LP. And unlike Brown, Clinton encouraged his collaborators to pursue their own projects, even co-writing most of the songs comprising the trombonist's 1977 official solo debut, A Blow for Me, a Toot for You, credited to Fred Wesley & the Horny Horns. After a second solo disc, 1979's Say Blow by Blow Backwards, Wesley exited the P-Funk sphere to return to his first love: jazz. He joined the Count Basie Orchestra, and also moonlighted as a producer, helming the self-titled debut LP by R&B group Kameleon. After settling in Hollywood in 1981, Wesley assumed the role of hired gun, playing on studio sessions headlined by Earth, Wind & Fire, Barry White, and the Gap Band, and also arranged records by Curtis Mayfield and Terry Callier. He re-ignited his solo career with 1990's jazz date New Friends, and continued recording straight-ahead jazz LPs throughout the decade to follow. As his unmistakable syncopated style became a crucial component of hip-hop via endless sampling of his vintage James Brown sides, Wesley also toured with fellow Brown alums Maceo Parker and Pee Wee Ellis as the JB Horns before forming his own Fred Wesley Group in 1996. In 2002 he published his memoirs, Hit Me, Fred: Recollections of a Sideman. Wesley followed it with a new album, With a Little Help from My Friends, in 2010 from BHM Records. He concurrently served as an adjunct professor of jazz studies at the University of North Carolina at Greensboro.

Trombonist Fred Wesley, best-known for his long-term association with James Brown, has long expressed the desire to play jazz. This is mostly a jazz-oriented CD although he hedges his bets a little with "Honey Love" (which has a cute vocal by Wesley over a calypso groove), an R&B-ish Carmen Lundy vocal on "Love We Had Stays On My Mind," the ballad "Eyes So Beautiful" and the funky "D-Cup And Up." But on the other six numbers Wesley plays in a boppish style influenced most by J.J. Johnson and there is a suitable amount of solo space for altoist Maceo Parker (heard at his best when trying to emulate Hank Crawford), trumpeter Stanton Davis and a restrained but tasteful Geri Allen on piano. Highlights include "Rockin' In Rhythm," Thelonious Monk's "Bright Mississippi" and "Birks Works" on the mixed but generally enjoyable bag. 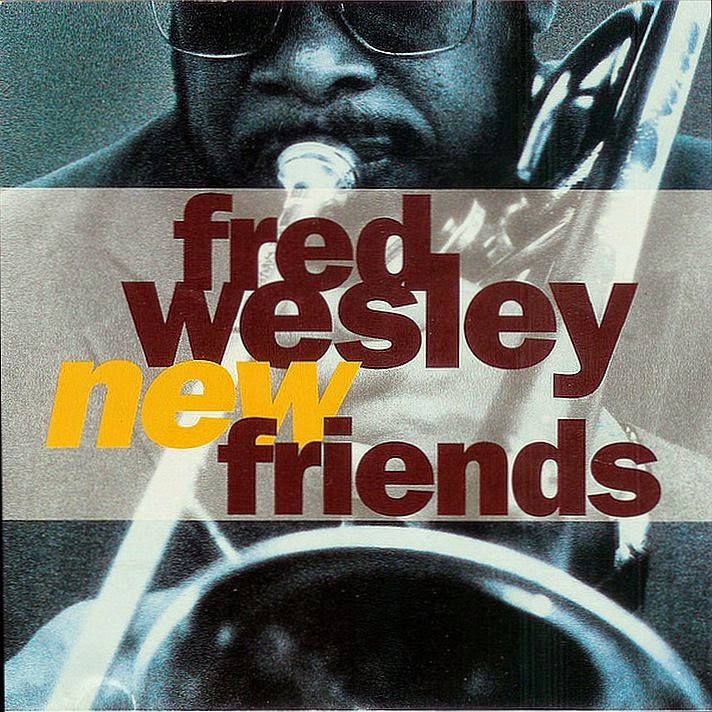 Recorded during a European tour in the fall of 2002, Fred Wesley's Wuda Cuda Shuda is a typical collection of funk tunes from the trombone-playing bandleader who is a former member of James Brown's JB's and George Clinton's Parliament/Funkadelic. Anyone who has heard Wesley's horn work in those former associations will know what to expect here in music that retains the funky rhythms (courtesy of drummer Bruce Cox and bass player Michael Mondesir) in a somewhat more stripped-down form than they were heard in Wesley's earlier bands. This time, the focus is on the horns -- Wesley, saxophonist Ernie Fields Jr., and trumpeter Gary Winters -- and that gives the tracks an unfinished feel to those who are accustomed to thinking of the horns as one element in an overall arrangement to be topped off by the focus brought by a Brown or Clinton. Without such a star player, the sidemen shine, but they don't draw the spotlight like the absent leaders. This is especially noticeable when Wesley, Cox, or guitarist Reggie Ward takes the microphone for a vocal turn. Wesley's music, like Brown's and Clinton's, is built up out of riffs and rhythms, but without a strong frontman it is left to lean toward jazz without really getting there. The playing of Wesley and his mates is always tasty, but it is more of an appetizer than a full meal. 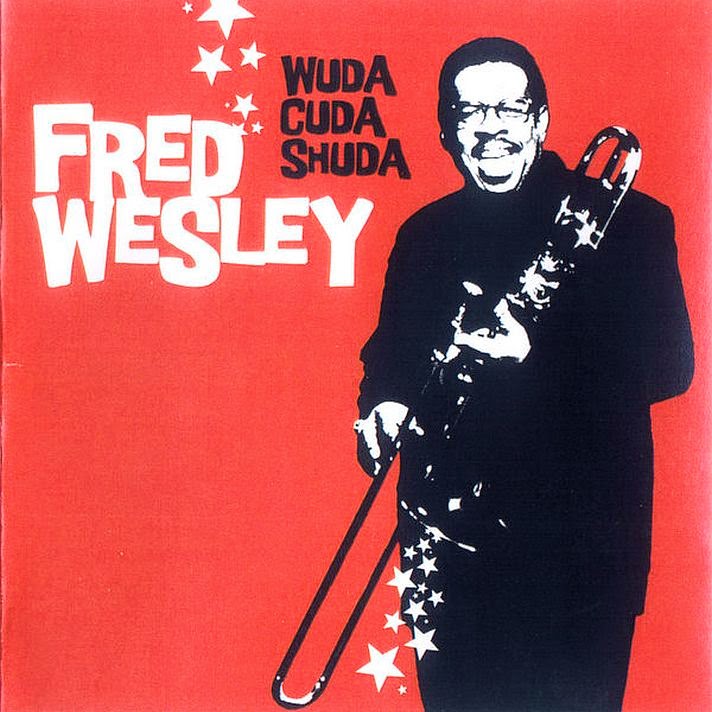 Fred Wesley featuring Jab’o Starks & Clyde Stubblefield with Bootsy Collins – most of the material here was produced by Fred Wesley and it is classic old-school J.B.’s sound at their best. All them guys are here, including both funky drummers.
And of top of it we have a few tracks (2, 5, 9, 12, 16) produced by Bootsy Collins which of course sound typical recent Bootsy and add contemporary R&B-ish flavor to the whole album. 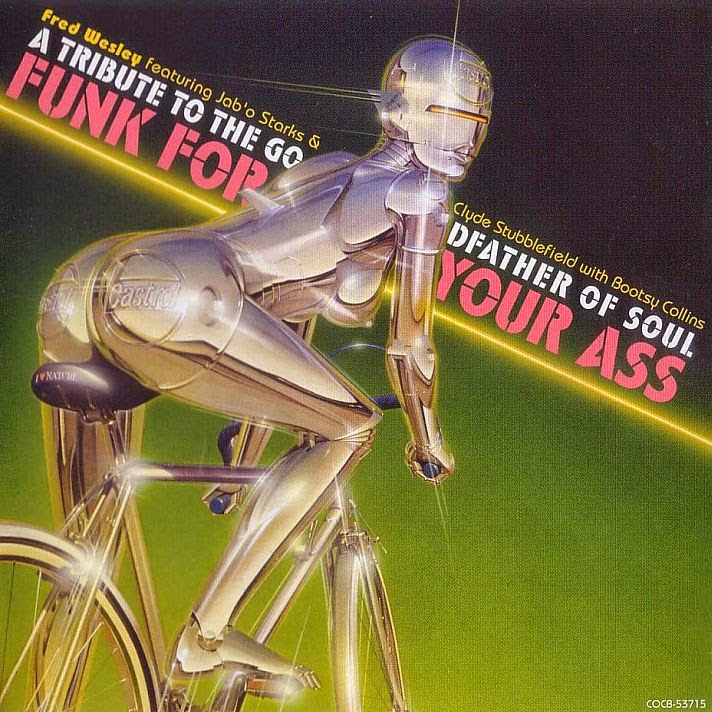 Hi mate, could you please re-up the files - please!
Cheerz!