Hello, well talk of lucky Brazil a slightly less forcefull strike in the last minute of extra time had seen the ball in the net and Brazil exit, as it happens it hit the crossbar, the sidebar didn't want to be left out and bounced out Chile's final penalty. To me Chile would have been deserved winners they outplayed Brazil for large parts of the second half. I doubt very much Columbia, that beat Uruguay thanks to James Rodriguez who scored both goals, will make life as difficult for the Brazilians as Chile did, no it's up to France or most likely Germany to block it's path to the final.

Today we remain in one of our worlds coldest countries, best known for it once world dominating mobile phone until Apple muscled itself in, Nokia. It's the source country for one of the worlds best operating systems (and free ) Linux. They produce coolheaded racing drivers.  Born 1985 in Finland, and curretly living in Amsterdam, Netherlands. "I try my best to capture moments and spaces. Subtle melodies and progression, sense of space, and warmth are close to my heart." .....N'Joy

Vladislav Delay is one of the pseudonyms of Sasu Ripatti (born 1976), a Finnish electronic musician. A Helsinki producer whose "clicks + cuts" style of ambience under the moniker of Vladislav Delay he has recorded excellent work for three of Europe's most challenging electronic labels: Chain Reaction, Mille Plateaux, and Thomas Brinkmann's Max.Ernst. He grew up trained in jazz and still counts Philly Joe Jones -- the fiery drummer for the first Miles Davis Quintet -- one of his prime influences. Also before entering the world of electronics, Delay took side trips through the music of the globe (Brazilian, Cuban, African). After a few failed experiments with fusing electronics in a band environment, he began producing on his own and grew to love the mid-'90s developments by German labels Chain Reaction, A-Musik, Mille Plateaux, and others. Sasu has been involved in the ambient music, glitch, house, and techno genres. His method of track production involves a mixture of synthesizing, vocal recording and live reprocessing. Many tracks have an organic feeling that pervades through rolling, dubby basslines and vocal snippets. His partner is Antye Greie, with whom he has collaborated. Their daughter was born in 2006.

It would be hard to overstate the importance of dub in electronic music, but it's also easy to take for granted. Part of that owes to how literally dub gets invoked by those most closely associated with it: When the likes of Pole or Rhythm & Sound show their devotion to the dub methodology they hold dear, it tends to come out sounding more or less like re-versioned reggae. Drums fan out over bulbous bass-lines, tempos skew slow, melodies grow lazy and warm, and so on. Sasu Ripatti is less literal. Under his working guises as Luomo, Uusitalo, and Vladislav Delay, the Finnish producer has allied with dub as both a method and a mindset. It starts with the interrelation of his three personae, which itself functions as a sort of dub gesture. But it's most evident in the way he trips and rubs each and every element of his sound as it transpires, whether under the schedule of house (cf. Luomo), techno (Uusitalo), or dub that wanders out of line.

After a series of experimentations during 1996-1997 (later released, as by Conoco, on the Kemikoski full-length), his first release was the Kind of Blue EP, released in 1998 on his Huume label. During 1999, Delay released singles on Max.Ernst and Chain Reaction, leading to his album debut, Ele, on the Australian label Sigma Editions. In early 2000, two more full-lengths followed; first, Chain Reaction released Multila, then Entain appeared on Mille Plateaux. Before the end of the year, Delay had debuted a housier incarnation, Luomo, with the Vocalcity LP for Forcetracks. Anima (2001), Demo(n) Tracks (2004), The Four Quarters (2005), and Whistleblower (2007) were followed by two 12" remix singles based on the album track "Recovery Idea." He also released another Luomo album called Convivial, as well as its follow-up remix 12" for "Love You All." To top it all off, Delay issued a new recording of his propulsive tech-house project Uusital entitled Karhunainen.

Vladislav Delay's Tummaa full-length was released in 2009, as well as the final part of the "Recovery Idea" series of remixes and the "Tessio" single from Convivial; a subsequent remix of the track by Ramon Tapia was released later in the year. Ripatti's 2011 was no less prolific. In May, the full-length self-titled band recording Vladislav Delay Quartet was issued on Honest Jon's, followed by the solo Delay release of Vantaa later in the year on Raster-Noton. He also appeared on the Moritz Von Oswald recording Horizontal Structures, and released another Luomo single entitled "Good Stuff."

Ripatti's music is renowned for its sophisticated textural qualities. His sonic approach relies heavily on a semi-random element, and many undulating, complementary and sometimes conflicting layers interplay throughout most of his music. A de-constructive element is sometimes detected within the music as Ripatti makes comment on established genres within his various releases. Characteristic traits within Ripatti's music are sometimes a deep or bubbling synth-bass line, fractured and syncopated percussion - often placed freely within the music, long delay repetitions of various sounds, syncopated use of vocal samples, and complicated digital effect processing techniques. Generally, the music has a very spacious and organic sound, and albums such as "Anima" feature a very simple theme repeated with an array of musical and rhythmical interjections.

Originally released in 2001 with the legendary Mille Plateaux label, Vladislav Delay’s Anima marked a shift for the noted electronic whiz kid with the many monikers. Gone, in large part, were the well-choreographed, sequencer-led compositions of old, replaced by live instruments, long takes, and a minimum of post-production and overdubs.

The word 'anima' is a psychological term meaning essentially 'an inner feminine part of the male personality'.  Both the artwork, a pastel enshrouded woman, and music, demure and beautiful, perfectly reflect these qualities.  The disc is indexed as a single 62 minute track, a continuous organic flow that constantly, unpredictably shifts gears while retaining recurrent themes and coherence.  Delay's sound set is a vast, atmospheric sonic sandbox of arctic synth pads, low end blips and throbs, fragments and smears of fractured audio and an expansive selection of percussive minutiae.  Melody and rhythm are sometimes more implied than expressed, allowing for your brain to fill in the blanks, and at other times coalesce effortlessly, flawlessly and gracefully all on their own.  Stagnation is the enemy as a few notes of wash background are about the only element allowed to loop for any great length of time.  The piece ends by gradually, almost unwillingly, dissolving and fading away finally concluding with a crash and sampled dialogue ... "I might never go to sleep again, I might stay awake forever!"  Absolutely gorgeous.  Pure genius.  Yet another masterpiece. 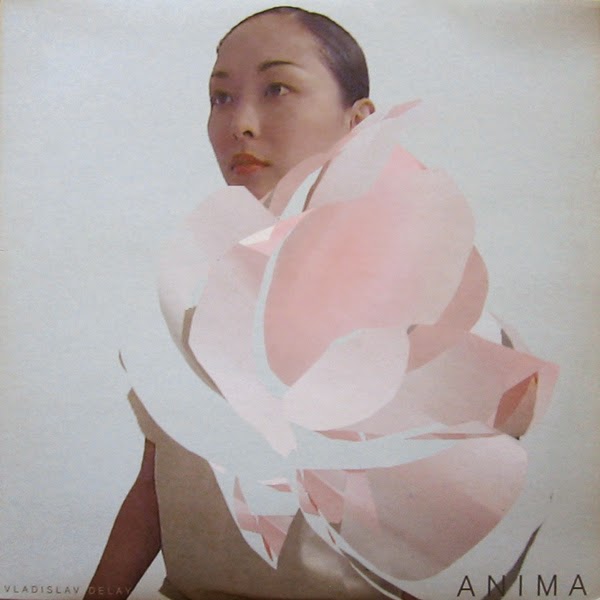 An official live recording released in commemoration of Vladislav Delay's headlining performance at the 2001 Ars Electronica festival (September 1-6), Naima is more fascinating for the moment it captures than the actual musical performance itself. Recorded less than a year after Mille Plateaux had released Delay's sprawling Anima album, this performance purportedly harks back to that piece for its source material. However, you probably wouldn't guess that from listening to the hourlong performance. In fact, there are few overt references to Anima; rather, there are momentary allusions to aspects of Anima, but for the most part, Naima is a drastic reworking (hence the anagrammatic title) that is more notable for its lyrical allusions to Delay's work as Luomo. The Luomo allusions come via guest vocalist AGF (aka Antye Greie-Fuchs, billed here as "Girlfriend"), who highlights Delay's ambient dub ramblings with her trademark spoken word ramblings that uncoincidentally quote freely at times from "Tessio," a much-celebrated Luomo track much at odds with this featured performance. It's this blurring of distinctions that makes Naima somewhat of a puzzling curiosity piece: it's billed as a Delay performance, though it's actually more of an AGF one; it's purportedly based on Anima source material, though that's less than obvious; and the Luomo allusions further blur the line between what you'd expect from this performance and what you're in fact presented with. The end result is less than essential, but Delay completists (as well as AGF ones) will certainly want to seek out this somewhat hard-to-track-down album, which was released by the Cologne-based Staubgold label. As an addendum, it's worth noting that the CD packaging is quite well done, providing ample documentation of the annual Ars Electronica festival that began in 1979 and was held annually at Klangpark, otherwise known as Donaupark, a picturesque park in Linz, Austria, that straddles the Danube River. 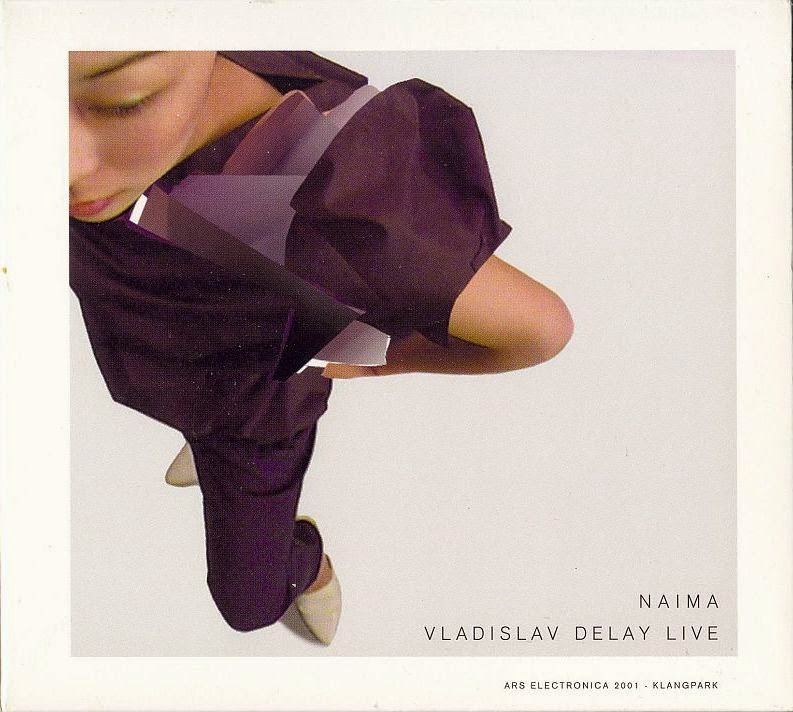 Is there anybody doing as much with dub these days as Sasu Ripatti? The tricks and tenets of the form have been so integrated into different realms of music production that they're simply part of the weather. Disembodied echoes, horizontal smears, transfigurations of details into plot-points and vice versa-- all such things are base elements that owe to the days when reggae producers started wondering what might be hiding between the wires in their mixing desks.

The last one is what plays on Whistleblower, the eighth album credited to Vladislav Delay. The sounds are the same as they've always been: miasmic synth tones, rubbery kick-drums that stutter and tap, weird whirligigs given to tumbling around what could well be a big washing machine filled with an irradiated syrup of significant thickness. They're basically the same sounds that Ripatti mines as Luomo and Uusitalo, minus any veritable rites of rhythm.

As Luomo has grown evermore sensuous and inviting, the common knock against the work of Delay is that it's all a big tease. (Who could resist the desire to hear Luomo when he's so close at hand?) But while the tease does in fact taunt in tracks that rarely build beyond a lumbering yawn, the Luomo aura helps as much as it hurts, mostly by making Delay's dubby hesitations and ambient lack of pacing resonante all the more for the decisions they imply. When a series of pounding sounds wanders into a 12-minute track like “Wanted To (Kill)", what initially scans as arbitrary carpentry noise falls into a hypnotic pulse, in part because you're listening for it. Likewise the barely-suggested sound of a voice cut up in "Stop Talking"-- the mere chance that it might turn into a lush chorus in the fashion of Luomo makes it sneak into an ear all the deeper.

That's not to say that Whistleblower isn't worthwhile on its own terms. Few producers have as varied a store of sounds to draw on as Ripatti. And he never just plugs them in, which proves all the more evident when he's at his slowest and most patient. It's a wonder to hear how he tweaks and customizes every little fidget in "I Saw a Polysexual," just as it's stirring to hear when he pulls back to haunt in "Lumi." You could fashion a Venn diagram to make sense of the effects as they relate to Luomo and Uusitalo, or you could just draw a circle and stay inside. 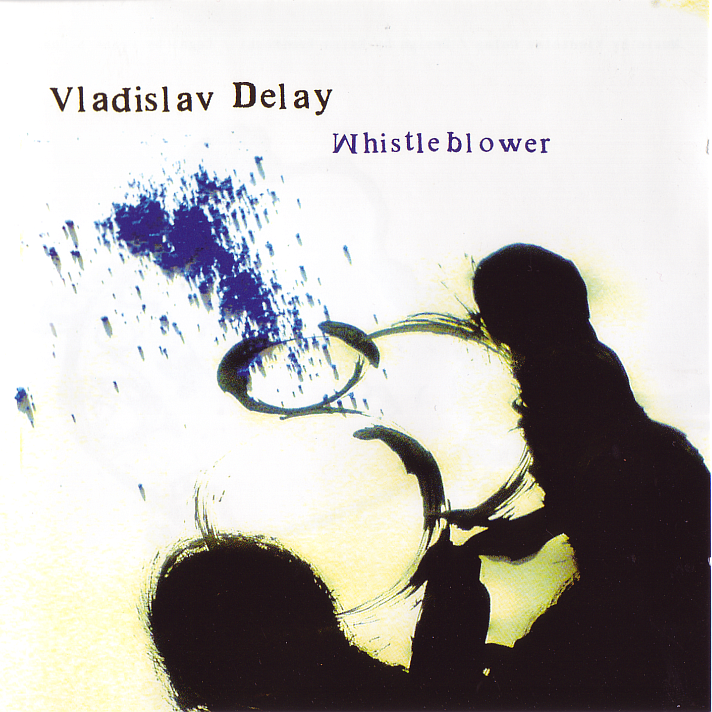 Thank you for Anima.

Hi Rho. Any chance of re-upping Anima and Naima ? Thanks in advance