Hello, as the groups wrap up Argentina's Messi joined Brazil's Neymar on the topscoring list during their win on Nigeria that nevertheless advances to the second round for a meeting with France that seemed uninterested in scoring today so a 0-0 makes them groupwinner followed by Switzerland who's Robben stand-in at Bayern, Shaqiri scored the worldcups first hattrick. Clearly Honduras has been the weakest team in competition, meanwhile Ecuador has been badly punished from that undeserved extra time winner by the Swiss that sees them through and Ecuador home.

Today the 166th post of GoldyRhox, classic pop rock, as the Worldcup plays out these weeks i thought it fitting to show in the darklight today a Brazilian rock/reggae band, begun in 1991, in Belo Horizonte, Minas Gerais. As of 2004, they had sold approximately 5,200,000 copies of their albums. Initially intending to mix dancehall with traditional Brazilian styles, later the band changed its sonority to music closer to pop and local movement Clube da Esquina. In 1983, Samuel Rosa (guitars, vocals) and Henrique Portugal (keyboards) started to play in a reggae band called "Pouso Alto", along with Dinho Mourão (drums) and his brother Alexandre (bass). In 1991, Pouso Alto arranged for a performance in São Paulo, but due to the Mourão brothers not being in Belo Horizonte, bassist Lelo Zaneti and drummer Haroldo Ferretti were called for the gig. The band premiered on June 5, 1991, and due to the performance competing with the Campeonato Paulista final match, the audience was 37 people. After the show, the group changed its name to 'mystery', inspired by Bob Marley's song "Easy skanking", and began to perform regularly at "Mister Beef" churrascaria in Belo Horizonte.

After playing for some time in churrascarias, bars and clubhouses, the band spent US$10,000 in their first album, released as an independent CD in late 1992 with 3,000 copies, fully paid by the band members themselves. In 45 days, 1,200 were sold, and Sony Music signed the band as the first Brazilian act in its Chaos label. The debut album was re-released in April 1993. The singles "O Homem Que Sabia Demais", "Tanto" (version of Bob Dylan's "I Want You") and "In(Dig)Nação" took the group on a 120 concerts tour around Brazil, and the album sold 250 thousand copies. Today's mystery album (1994) was the first record produced by Dudu Marote. "É Proibido Fumar", "Te Ver", "Pacato Cidadão", "Esmola" and "Jackie Tequila" were hits, and it sold around 1,200,000 copies. O Samba Poconé was released in 1996. The album had three big hits, "Tão Seu", "É Uma Partida de Futebol", included by FIFA in the official soundtrack for the 1998 FIFA World Cup, and "Garota Nacional" which topped the Spanish charts for three months. It took the group on tour in Argentina, Chile, United States, France, Germany, Italy, Switzerland and Portugal. The album sold 1.8 million copies.

Siderado, produced by John Shaw (UB 40) and Paul Ralphes, begins the band's movement towards a more rock and roll sound. Released in 1998, it sold 750 thousand copies. Daúde and Uakti participated as guest artists. With Maquinarama, the band begins in earnest its move away from the ska and reggae sound towards a more rock oriented one influence by The Beatles, Clube da Esquina, Britpop and contemporary alternative rock. Maquinarama, produced by Chico Neves and Tom Capone and released in July 2000, sold 275 thousand copies. In 2001, they recorded the first live album in Ouro Preto as part of the MTV Brasil's series "MTV Ao Vivo". MTV Ao Vivo sold 600 thousand copies. Besides a list of hits chosen by fans through their website, the album had the new song "Acima do Sol", a national hit. In 2002 Samuel Rosa played acoustic guitar in "É Proibido Fumar", from the Acústico MTV (MTV Unplugged) by Roberto Carlos.

They've released a steady stream of albums since Cosmotron (2003), Radiola (2004), Carrossel (2006), Estandarte (2008), Multishow ao Vivo (2010) On June 19, 2010, Skank performed a free concert on the Mineirão stadium in Belo Horizonte. It was the last event before the venue was closed to reform in order to accommodate the 2014 FIFA World Cup. The show was recorded for the live album and DVD Multishow Ao Vivo - Skank no Mineirão, which featured two new songs, "De Repente" and "Fotos na Estante" . The band never invested much in its international career. Some songs received versions in Spanish, such as "Chica Nacional" ("Garota Nacional"), and "Respuesta" ("Resposta"), but foreign shows are usually in places with many Brazilians, such as Miami and New York City. 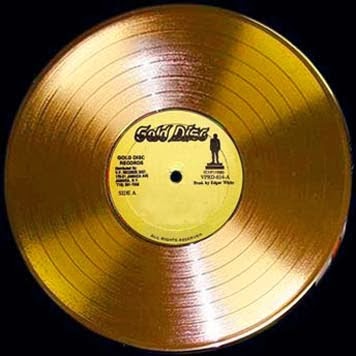 Today's mystery album, the second released in 1994, with its 1,100,000 copies sold, helped them to sell 2.6 million CDs in 1996. The album is named after a folkloric rhythm of the home state of its members, Minas Gerais. The calango is a cutting contest between two singers who improvise verses and is absorbed, amidst liberties, in "A Cerca." The band also re-recorded the Roberto Carlos hit "É Proibido Fumar." Social criticism is present in "A Esmola," one of the songs that had its authorship claimed by the Bahian poet Ajax, who suited the band. The album works wonderfully in the dance tracks mixing rock, reggae, dancehall, and even baião.