Hello, Alexander “Sasha” Shulgin, the pioneering pharmacologist who introduced MDMA to psychologists in the 1970s, has died aged 88 after a battle with liver cancer. Shulgin was famed for having synthesized and tested over 200 psychedelic drugs. He earned the title, the “Godfather of ecstasy”, after developing a new synthesis method for MDMA – the purest available form of ecstasy – in 1976. He passed it on to his therapist friend Leo Zeff, who began using the drug’s effects on an individual’s emotional states during sessions with clients. Shortly after his introduction, ecstasy broke into the mainstream, infiltrating the club culture in New York and Chicago, and hitting the shores of Ibiza.

The first psycho-active molecule he invented for pharmaceutical brand The Dow Chemical Company was an amphetamine slightly milder than LSD, which was sold to biker gangs by a chemist in New York by the kilo, because of the drug’s potent psychedelic highs. However, Shulgin’s relationship with Dow Chemical deteriorated after the origin of the drug was identified, so he parted ways with the company in 1965, and set up his own home lab in Berkley, California to focus his research purely on psychedelic drugs. “Pretty much every psychedelic drug known came from this house,” he said, describing himself as a “personal fan” of “the grandfather of ecstasy”. But beyond mastering the art and alchemy of molecular manipulation, Shulgin was also one of the great psychonauts - an intrepid explorer and experimentalist of the mind who knocked on as many of the doors of perception that he could during his stay on Earth. His conclusion was that psychedelics open us up to a vast repository of knowledge: "I am completely convinced that there is a wealth of information built into us," he once wrote, "with miles of intuitive knowledge tucked away in the genetic material of every one of our cells. Something akin to a library containing uncountable reference volumes, but without some means of access, there is no way to even begin to guess at the extent of quality of what is there. The psychedelic drugs allow exploration of this interior world, and insights into its nature".


Back in the day, before alternative rock was invented and indie rock was still shy of roots music and other folk elements, today's band's merging of punk, folk, ska, and world music was truly a revelation. Singer/songwriter David Lowery's smart-aleck lyrics, delivered in laid-back California style, combined with Jonathan Segel's violin as lead instrument, were the band's instant trademarks. Decades after its inception, the band's sound is still remarkably fresh and their influence on alternative music undeniable and resounding ....N'joy

Self-described as "surrealist absurdist folk," the group had its beginnings in the summer of 1983 when Lowery and boyhood friend Victor Krummenacher (bass) started playing music together around Riverside and Redlands, California. Upon relocating to the Northern California college town of Santa Cruz, they enlisted friends Chris Pedersen (drums) and Chris Molla (guitar) to join the fold; Greg Lisher (guitar) and Jonathan Segel (violins, keyboards, mandolin) were added in 1985, and collectively they created a repertoire built on acoustic and electric, traditional and punky aesthetics. The reissue of the band's self-released 1985 debut, Telephone Free Landslide Victory, which included their signature song "Take the Skinheads Bowling," made the Top Ten in the 1986 Village Voice Pazz and Jop Poll, as did their second album, the confusingly titled II & III, along with their self-titled third album, both released in 1986. In addition to punk and ska, II & III dabbled in lo-fi sounds, with touches of country (as in the original "Sad Lovers Waltz" and the twangy cover of Sonic Youth's "I Love Her All the Time"). The band's forte was its ability to switch styles, from Balkan folk to psychedelic rock on alternate takes and sometimes even within the same song!

The third album, Camper Van Beethoven, continued the thread, as blueprint CVB tracks like "Joe Stalin's Cadillac" and "Good Guys and Bad Guys" fused punk-inspired looseness with more sophisticated melody and rhythm patterns. At the same time, they were blowing minds and ears with their prog rock leanings (check their nearly note-perfect version of Pink Floyd's "Interstellar Overdrive"). By the time of their Virgin Records debut (coinciding with the label's U.S. re-launch in 1988), the band took a more serious tack for its fourth album, Our Beloved Revolutionary Sweetheart. With Molla gone by then, the group was officially a five-piece, though a cadre of friends assisted them at recording sessions, including producer Dennis Herring (eventually, touring guitarist David Immerglück, later of Counting Crows, became an honorary sixth member). Stretching out in larger studio facilities and experimenting with sound, Sweetheart was the first CVB release met with mixed critical response. Following the elegiac Key Lime Pie and amid creative and personal strife, the band (then featuring female fiddler Morgan Fichter in place of Segel) called it a night in 1989.

In the '90s, Krummenacher, Pedersen, and Lisher (with Immerglück) continued to play together in Monks of Doom, a mostly instrumental prog rock concern, as well as in other formations that sometimes included Segel. Segel released three albums as Hieronymous Firebrain from 1990-1994, and two with Jack & Jill for the Magnetic label. In 2005 he collaborated with Dina Emerson in Chaos Butterfly. Krummenacher has released six solo albums and has collaborated with Eugene Chadbourne, Bruce Kaphan, and members of Tarnation, among others, also released through Magnetic. Lisher has two self-released solo albums to his credit. In the wake of the band's dissolution, Lowery formed Cracker, by far the most successful of the post-Camper ventures; it served as a vehicle to keep him on the road as well as a way to keep Camper's name in circulation, though he kept a distance from his bandmates and left California for Richmond, Virginia.

By 1999, Krummenacher, Segel, and Lowery were reunited while compiling an unorthodox rarities collection, Camper Van Beethoven Is Dead: Long Live Camper Van Beethoven, a mash-up of rare cuts utilizing the band's back catalog. In 2002, they officially issued their song-for-song version of Fleetwood Mac's Tusk, recorded on a lark in 1987. In the process of reissuing and archiving, the original members (sans Pedersen) quietly reunited for a handful of live shows and began work on a new batch of songs. In 2004 they released New Roman Times (a concept album about a Texas teen who joins the military then leaves ranks to join an anti-government militia) featuring all-original members including Pedersen on drums and original guitarist Molla sitting in. In 2008 Cooking Vinyl released Popular Songs of Great Enduring Strength and Beauty, a collection of fan favorites, followed by an all-new studio album, La Costa Perdida, in 2013 and its sister release, El Camino Real, in 2014. CVB continue to tour, often in support of alternative acts who've followed in their groundbreaking indie rock footprints. 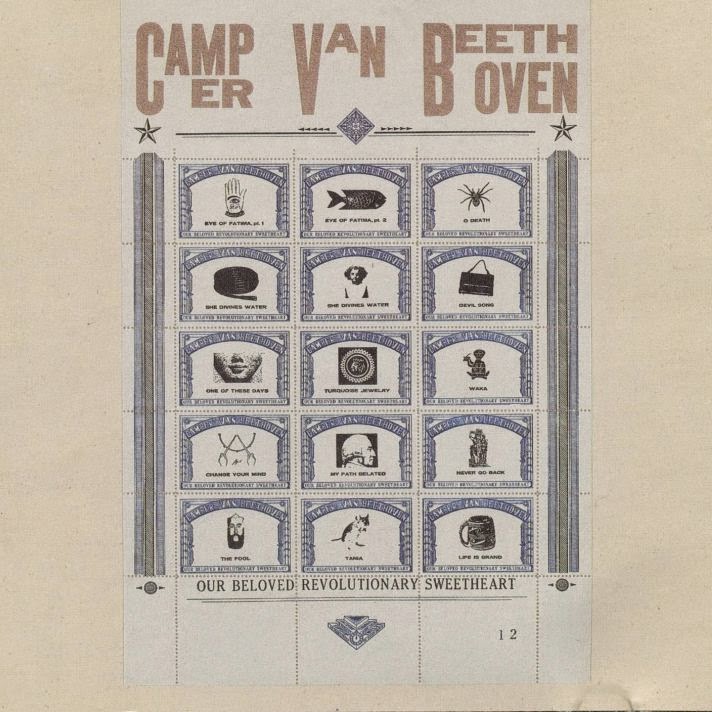 Our Beloved Revolutionary Sweetheart closed with Lowery singing about how "Life Is Grand" in pointed response to "those of you who have appointed yourselves to expect us to say something darker." So when Key Lime Pie came out, its moodier music and imagery, not to mention that soon after the fact the band fell apart on the tour for the album, led more than one person to think those darker times had finally arrived. As it is, the group had already gone through one major shake-up between the two albums -- founding member Segel had taken a powder to concentrate on other efforts, with Morgan Fichter brought in as a replacement violinist. Her abilities were certainly praiseworthy, as the album-starting instrumental "Opening Theme" shows quite well. However, it's definitely not the same band that did Telephone Free Landslide Victory a mere four years previous -- things are more straightforwardly rock here most of the time, perhaps not too surprising in light of Lowery's subsequent work in Cracker. As it is, though, it's excellently conceived rock, with space, moodiness, and more to spare. Consider "Jack Ruby," with its wordless backing vocals, tense rhythms, and thick soloing, or "Laundromat" and its steady but unnerving crunch. It's not all potential melancholia, though -- "June" in particular is an underrated number, celebrating the early summer with sweetness and love (at least up to the increasingly stranger ending). Lowery's singing is his best yet, perhaps a little less prone to wackiness but an emergent, distinct voice all the same, and certainly prone to sing a quirky lyric or two still. The oddest thing of all was that the band actually gained a little mainstream attention on MTV and radio via a cover of Status Quo's psych-era nugget "Pictures of Matchstick Men." 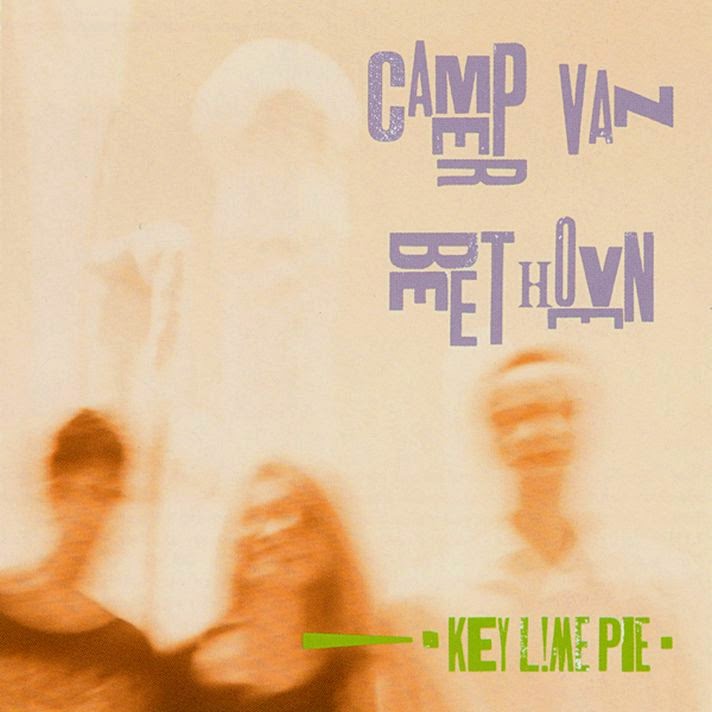 A collection of B-sides, rarities and the entire EP Vampire Can Mating Oven (an anagram of the band's moniker), the disc is essential for the Camper completist, but the songs "Never Go Back" and "Seven Languages" are beauties in their own right and the covers of the Kinks' "I'm Not Like Everybody Else" and Ringo Starr's "Photograph" are a perfect fit for the band who excelled at everything odd and unexpected during their too-brief stay in the late '80s. 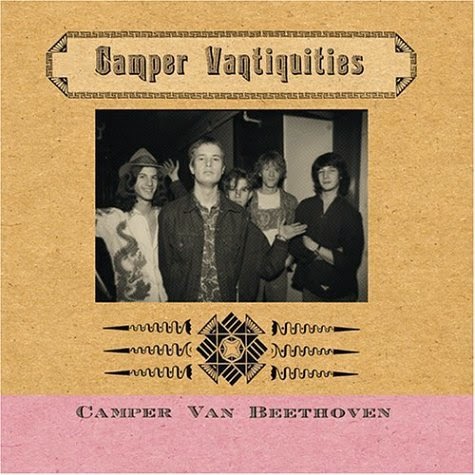 Great band, many thanks! The Flac link for Vanquities is misdirected, though.

Sorry, that should be Vantiquities, of course.

All of the available Vantiquities links on Mirror Creator are actually for Our Beloved Revolutionary Sweetheart (and not Vantiquities).

Thanks Anon you made it clear to me what the real problem was, and its a bizar one i uploaded the same file twice to different hosts and bizarrely entered them in different places. Not sure what I was thinking the other day ..anyway i have posted the real Vantiquities just now N'Joy

Many thanks for all of the recent re-ups.

Could you please re-up Our Beloved Revolutionary Sweetheart and Key Lime Pie?

FLAC link for Key Lime Pie is dead. Would love to find FLAC versions of the other expanded reissues also.

Could you please re-up Our Beloved Revolutionary Sweetheart in flac. Thanking you in advance.

Thanks a lot for the Camper van Beethoven re-ups Rho.

sorry, all good, the links work!