These albums really set the mood for individuals wanting to take that chill-time with that special someone.be it downtime with your companion, or even a simple get together with family and friends. N'Joy

Elektrolux is one of the global top address for ambient music founded by last weeks artists: Alex Azary, Gabriel Le Mar and Pascal FEOS. It has released 194 titles thusfar and has two sublabels Liquid Lounge and Mikrolux focusing on the more club-oriented, electrofied, but also experimental efforts. The company is home in Frankfort Germany, meanwhile they renamed themselves as Elux as some global brands have taken it's internet space, think swedish household appliance company of that name.

Essential to the passion, philosophy and driving purpose of Elektrolux is the unity of sound and vision while demanding and requiring high-quality and innovative music productions. Elektrolux masters Chill Out and its sub-genres, e.g. Ambient, Experimental Electronic, Downbeat, Listening, Lounge, Elektro, Dub and House by creatively mixing the different genres. As of 2000 a dazzling musical library was created with the tracks released on more than one hundred CDs, compilations, maxi singles, ten DVD’s and with licensing all over the globe. Hundreds of national and international producers distinguish Elektrolux a fervent developer of the European music and media scene. Produced together with the British design expert Neville Brody the creative collaborations of artwork set new standards in CD design while being recognized as groundbreaking in design catalogues all over the world.

Five years after it's foundation, Elektroluxbuild up a strong reputation beyond the borders of Germany. The output of the Frankfurt based label ranges from Ambient and Electro to Dub, often incorporating other contemporary musical styles like House, Downbeat/Broken Beats or Drum'n'Bass. Many Elektrolux releases work in the Club while at the same time serving the need for musical experiments. The philosophy of the label, the unity of sound and vision, manifests itself not only in innovative high quality music, but also in the pretentious cover artwork.

The list of artists releasing on Elektrolux is long and incorporates projects from Germany as well as from the UK, the USA, the Netherlands and even Iceland. Acts like Full Moon Fashions (London) or the chill out specialists Aural Float (Frankfurt) have received international acclaim, the US-german experimental outfit Insect Jazz and multi media performers Supreme Particles have also released first class productions on Elektrolux. Germanys leading Electro artist, Anthony Rother, delivered a considerable club hit with his 12" "Redlight District", Dub Mix Convention produced one of the best german Dub longplayers so far. Other milestones of electronic music came from Frankfurt based projects Fresh Moods, Subtonal and Syrinx 2600 as well as Babel from Iceland, Apollo 440s DJ Harry K. and the Netherland's Quantum Leap.

Since 1996, Elektrolux is cooperating with the south german TV station Bayerischer Rundfunk (BR), creating the well known audio visual "Space Night" project. Label mastermind Alex Azary is not only responsible for compiling the various artists series under the same title, he also takes part in the creation of the visual concept. The latest CD-, vinyl- and video-collaboration, "Space Night Vol. V - Earthviews VI", is well received by lovers of electronic music as well as TV night programme watchers. The soundtrack is released by Eastwest and Elektrolux, the tv special is shown every night on BR.

By the end of 1997 Elektrolux started the compilation series Ambient Diary, Elektro Codes and Dub Backups with not only artists from the Elektrolux stable but also associated projects. The success of the Volumes One was even topped by Volumes Two, which were released in late 1998. The whole series (so far six releases with 10 CDs) has become a standard in the collections of electronic music lovers. 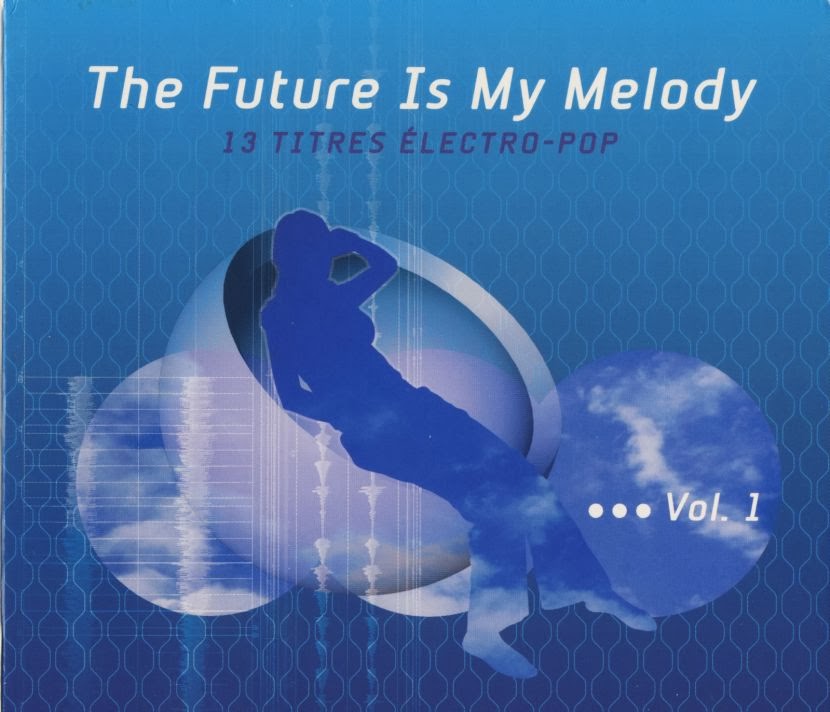 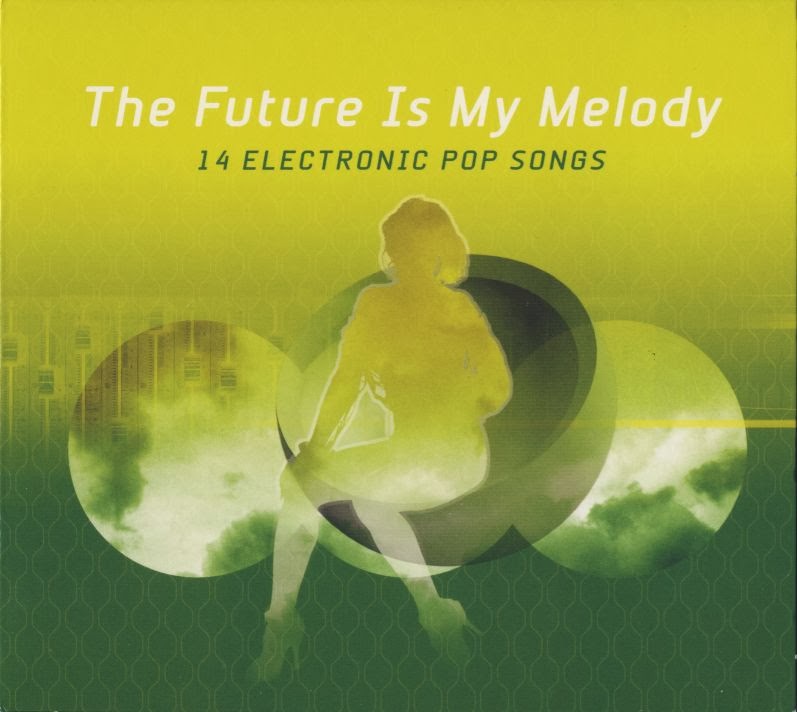 By the first two "The Future Is My Melody" compilations, the german based Elektrolux label, home of well-known and benchmarking compilation series like Space Night or Flowmotion, already proved that Ambient and Pop may be complementary in a most sensual way. Finally, the fascination of the human voice is essential in electronic music as well. Therefore, the third volume of "Future Is My Melody" illustrates the modernity and internationality of a pop understanding which could not be further apart from casting shows and one-hit-wonder-phenomena. The likewise Mediterranean und erotic track “Luces” by Ibiza-based Marko Bussian, Jean-Charles Vandermynsbrugge and Argentina-born Sol Ruiz de Galarreta aka Fous de la Mer is an optimum starter track for the compilation. Moreover, it features two Fous de la Mer productions and three tracks by Ambient masterminds Aural Float (with a Fresh Moods remix of "How deep" which has not been released yet). Together with the intensive sound fantasies of the Anglo-Dutch producer team Groovecatcher and some more well-known Chillout projects such as Genuine aka Chris Zippel (also co-author of the current Robbie Williams/Pet Shop boys single), Fresh Moods or Index ID, "The Future Is My Melody Vol. 3" creates a common language of timeless recreation and feeling good with the sound of a different kind of pop music. This language reaches far beyond differences regarding origin and rhythmic texture of Ambient, Lounge, Jazz and relaxed Drum and Bass. This approach is impressively completed by two tracks of the Icelandic band Worm is Green and Espresso del Lago (the Swiss Flavio Maspoli and André Baumgartner) which are an outlook on their respective albums to be released on Mikrolux soon. The potential of Ambient pop is not exhausted yet - and why shouldn´t future have its very own melody? 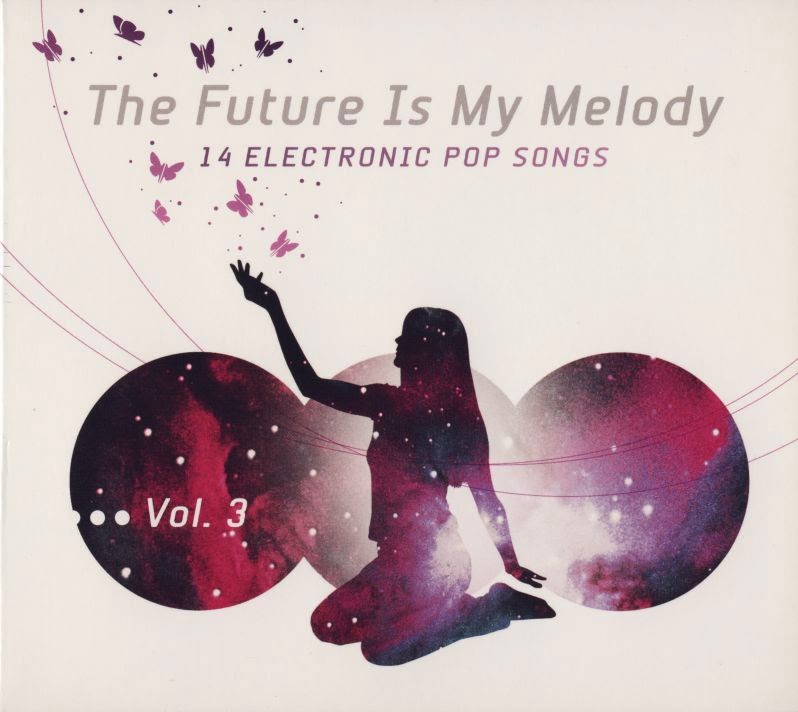 A re-up of these would be much appreciated.