Hello, today the 144th post of GoldyRhox, classic pop rock,  In the darklight a UK band first popular in Europe, the band quickly became successful in North America during the British Invasion of the mid 1960s. Having released 22 studio albums in the UK(24 in the US), nine live albums (ten in the US), and numerous compilations, their worldwide sales are estimated at more than 200 million albums. In 1971 they began a string of eight consecutive studio albums reaching number one in the United States. Their most recent album of entirely new material, was released in 2005. In 1989, the band were inducted into the Rock and Roll Hall of Fame, and in 2004, they ranked number 4 in Rolling Stone magazine's 100 Greatest Artists of All Time. In 2008, Billboard magazine ranked the them at number ten on "The Billboard Hot 100 Top All-Time Artists", and as the second most successful group in the Billboard Hot 100 chart. 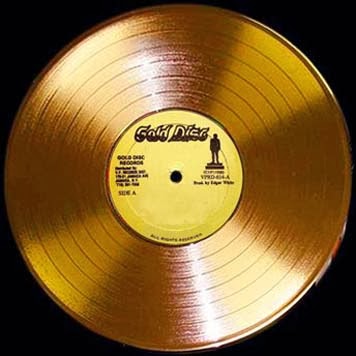 Today's mystery album is is a double album by today's artists was released on 12 May 1972. The album's music incorporates rock and roll, blues, soul, country, and gospel genres. By the spring of 1971 the band owed more in taxes than they could pay and left Britain before the government could seize their assets. Mick Jagger settled in Paris with his new bride Bianca, and guitarist Keith Richards rented a villa, Nellcôte, in Villefranche-sur-Mer, near Nice. The other members settled in the south of France. As a suitable recording studio could not be found where they could continue work on the album, Richards' basement at Nellcôte became a makeshift studio using the band's mobile recording truck.

Today's mystery album is the eighth British and tenth American album of todays artists released in December 1969 by Decca Records in the UK and London Records in the US. Released shortly after the band's 1969 American Tour, it is the last album by the band to feature Brian Jones as well as the first to feature Mick Taylor. Although the Stones had begun the recording of "You Can't Always Get What You Want" in November 1968, before Beggars Banquet had been released, recording for today's mystery album began in earnest in February 1969 and would continue sporadically until early November" Brian Jones performs on only two tracks: playing the autoharp on "You Got the Silver", and percussion on "Midnight Rambler". His replacement, Mick Taylor, plays guitar on two tracks, "Country Honk" and "Live With Me". Keith Richards, sang his first solo lead vocal here with "You Got the Silver".

Released in December, it reached #1 in the UK (temporarily knocking The Beatles' Abbey Road out of the top slot) and #3 on the Billboard Top Pop Albums chart in the US, where it eventually went 2x platinum. The album was the Stones' last to be released in an official mono version, which is rare and highly sought-after today. In 2003, it was listed at #32 on the "List of Rolling Stone's 500 Greatest Albums of All Time". In his 2001 Stones biography, Stephen Davis said of the album "No rock record, before or since, has ever so completely captured the sense of palpable dread that hung over its era." Indeed, the day after its 5 December release is the date of the infamous Altamont Free Concert, but the album was critically well received. Today's mystery album is the second of the band's run of four studio LPs that are generally regarded as among their greatest achievements artistically, equaled only by the best of their great 45's from that decade.

The cover displays a surreal sculpture designed by Robert Brownjohn. The image consists of the record being played by the tone-arm of an antique phonograph, and a record-changer spindle supporting several items stacked on a plate in place of a stack of records: a tape canister, a clock dial, a pizza, a tyre and a cake with elaborate icing topped by figurines representing the band. The cake parts of the construction were prepared by then-unknown cookery writer Delia Smith. The reverse of the LP sleeve shows the same "record-stack" melange in a state of disarray. The artwork was inspired by the working title of the album, which was Automatic Changer. The album cover  was among the ten chosen by the Royal Mail for a set of "Classic Album Cover" postage stamps issued in January 2010.

Most of the re-ups are not working :(