Hello,  for some reason I assumed that Boards Of Canada had already had a Sundaze post, it rather surprised me when I checked that the only time I posted them was 5,5 years ago on the Scotland page, Geogaddi, reupped that one too. Today here Boards Of Canada's nineties work, some rare music on offer. N'joy

Growing up in a musical family, brothers Michael and Marcus Eoin began playing instruments at a young age. They experimented with recording techniques at around the age of 10, using tape machines to layer cut-up samples of found sounds over compositions of their own. In their teens they participated in a number of amateur bands, however, it wasn't until 1986 when Marcus was invited to Michael's band that Boards of Canada was born. In the early 1990s, a number of collaborations took place and the band put on small shows among the "Hexagon Sun" collective. They released four cassettes between 1987 and 1993. Catalogue 3 has three lengthy tracks of rather uneventful ambient electronica and two shorter tracks. Their mellow, disjointed electronica was not particularly revolutionary. Acid Memories, by the time of Play By Numbers with the 9-minute Infinite Lines Of Colourful Sevens they showcased a more creative approach.

In 1995, the band released the first work from the Hexagon Sun studio, the EP Twoism. Like earlier Music70 releases, it was produced in a self-financed limited run and was privately distributed, primarily to friends and labels, it was considered of such high quality to be subsequently re-pressed in 2002.  The precursor to Music Has the Right to Children was released in 1996. Titled Boc Maxima, it was a semi-private release that is notable for being a full-length album. Boc Maxima's work was later used for Music Has the Right to Children (98), considered to be a masterpiece by many. They followed with another EP "In a Beautiful Place Out in the Country"(2000). Boards of Canada's unique sound is a product of their strong use of analog equipment, mix of electronic and conventional instrumentation, use of distorted samples as well as live and radio or film lyrics, and their layering and blending of these elements. They avoid a purely synthetic sound which gives their music a warmer, emotive quality, often meant to inspire nostalgia.

This album Geogaddi was released in 2002. It was described by Sandison as "a record for some sort of trial-by-fire, a claustrophobic, twisting journey that takes you into some pretty dark experiences before you reach the open air again." Geogaddi's development involved the creation of 400 song fragments and 64 complete songs, of which 23 were selected (one of which is complete silence).

Though never an actively touring band, Boards of Canada did perform a handful of shows. Early shows saw them supporting Warp labelmates Seefeel and Autechre in a scattering of UK dates. They also participated in a few festivals and multi-artist bills, including two Warp parties. Until 2005 they kept the fact they were brothers and not just childhood friends hidden from the media, apparently they didnt want to be compared to the Hartnoll Brothers (Orbital). Their third album for Warp Records, The Campfire Headphase, was released on 17 October 2005. The album featured fifteen tracks, including "Peacock Tail", "Chromakey Dreamcoat," and "Dayvan Cowboy". Two versions of "Dayvan Cowboy" — the original and a remix by Odd Nosdam — are on the six-track EP, Trans Canada Highway, which was released on 26 May 2006. Since, nothing much has been heard from the shy brothers...

Closes Vol. 1 is a cassette purportedly created and produced by Boards of Canada, supposedly released in the year 1992 to family and friends and later repressed as a CD in 1997. The purported album has never surfaced publicly, and unlike Acid Memories, Play By Numbers, and Hooper Bay, no audio samples claiming to be from these earlier album were ever posted to the early Boards of Canada website. 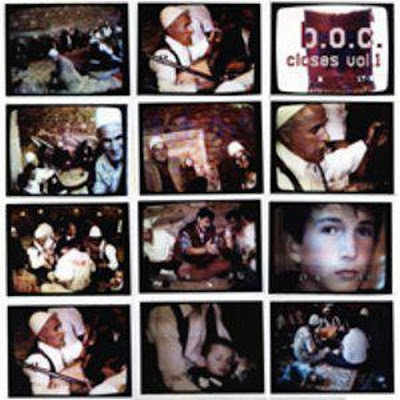 Twoism is an EP released by Boards of Canada on their own Music70 record label in 1995. It was a self-financed cassette and record distributed privately. Major public releases would not happen until 1996's Hi Scores EP on Skam Records. This album was, however, the work which got them noticed by Skam Records. In 2002, this EP was reissued on vinyl and CD by Warp Records.Twoism features the same exquisitely spooky, textured emotronica that fans will want to hear, before Twoism was re-pressed years later, it was a highly sought-after item, being pressed only about 100 times. It would often be exchanged from one person to the next for around £800 (US$1500)

Forget everything you ever thought was dull or ponderous about ambient music, as Boards of Canada return like Aeschylusian heroes -- unbound from a genre that often sounds like a washing machine begging for a swift kick. Boards of Canada traced a disturbed childhood in the arctic, austere Music Has the Right to Children, but here there's a slightly warmer feeling. More central, tweaked vocals add a new dimension to the "hard beats + bittersweet melodies" pattern of the past; songs like the gorgeous, ice-melting "Zoetrope" glide along on simple celestial glimmers without a single bassline in sight. It's as if the band is thawing out in preparation for something. Even when it's hard to tell what that might be. 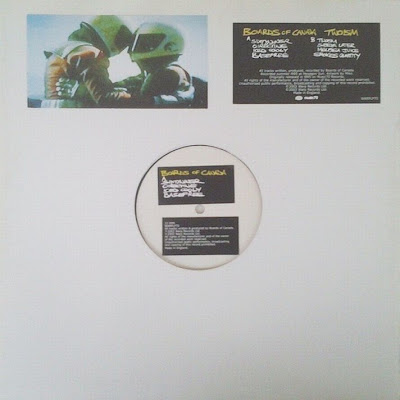 Like Autechre and Bochum Welt, Boards of Canada draw heavily from both new wave and electro in appreciable measures that, when recombined in the context of the group's tugging beats and simple-but-effective songwriting, end up sounding like way more than either. Hi Scores is a near-perfect six-tracker of gorgeous, building ambient electro and loping downtempo electronic breakbeat tracks that are as pleasing to the ears as they are head-bucking funky. 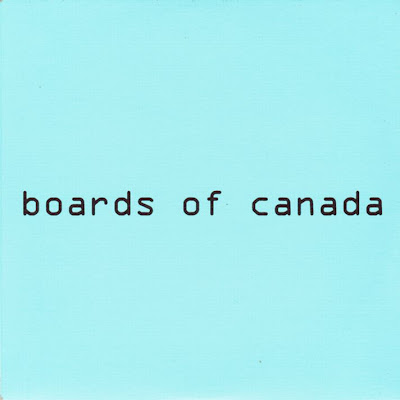 Although Boards of Canada's blueprint for electronic listening music -- aching electro-synth with mid-tempo hip-hop beats and occasional light scratching -- isn't quite a revolution in and of itself, Music Has the Right to Children is an amazing LP. Similar to the early work of Autechre and Aphex Twin, the duo is one of the few European artists who can match their American precursors with regard to a sense of spirit in otherwise electronic music. This is pure machine soul, reminiscent of some forgotten Japanese animation soundtrack or a rusting Commodore 64 just about to give up the ghost. Alternating broadly sketched works with minute-long vignettes (the latter of which comprise several of the best tracks on the album), Music Has the Right to Children is one of the best electronic releases of 1998. 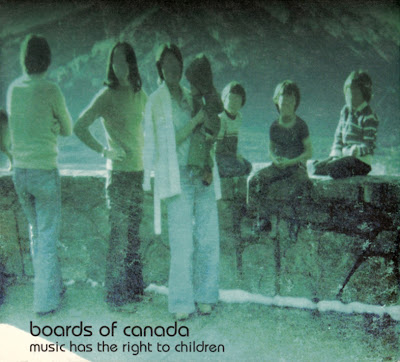 Boards Of Canada ‎- Music Has The Right To Children (flac  310mb)

Hi can you repost the boards of Canada please. Thanks

Can you repost new links thanks!