Hello, Beats is going back to techno with the very versatile spinning of Luke Slater there's more later but I start at his early releases some hallucinating chill out here as well...N'joy

Latest news, last week's spotlight, after his second place last year, he regained his title as # 1 DJ in the world, for the fifth time, congratulations to Armin Van Buren a very nice, hard working guy he'll be on the ASOT600 The Expedition World Tour in the coming 6 months. 1. Armin van Buuren,  2. Tiesto,  3. Avicii (Swede),  4. David Guetta (French),  5. Deadmau5 (Canadian),  6. Hardwell,  7. Above & Beyond (UK),  8. Dash Berlin,  9. Afrojack, 10. Skrillex (US). No less then 5 Dutchmen then in the top ten of DJ Mag 2012 poll. A decade (92-02) with plenty of XTC in the dutch club/festival scene set them up to reap the global benefits as the rest of the world is catching on. Value added to the Dutch economy, half a billion euro's. How times have changed.

Born in Reading (12 June 1968, England) and raised in Horley, Slater's early sound dalliances with his father's reel to reel tape recorder and his drumming stints led to work in local record shops, including Jelly Jam in Brighton. By 1988, Slater was immersed in the embryonic acid house scene, DJing in London's Heaven nightclub.

Luke is generally credited with helping to create a U.K. techno tradition with a strong Detroit foundation. Slater's work is probably the more straight-ahead (although he's released works ranging from tough, banging techno to lush, beatless ambient) and tends to build on the Steel City's ruddy, muscular frame rather than simply repeating it. He has recorded under names such as Morganistic, Clementine, Planetary Assault Systems, and Luke Slater's 7th Plane, and quite often in collaboration with Alan Sage. Slater got his start in music in the late '80s at the Mi Price record store in Croydon (just south of London), working alongside Colin Dale and collaborator-to-be Sage. He soon set up his own shop -- Jelly Jam Records -- in Brighton, and from there began releasing original tracks under a slew of different monikers.

His debut came in 1989 in the form of "Momentary Vision," released on white label under the name Translucent. Arriving at the height of techno's rediscovery of the breakbeat, the track's hard funk and stripped-down, Detroit bristle, like the work of colleagues B12 and Kirk Degiorgio, announced a new, historically rooted direction in U.K. techno. Though silent for two years after "Momentary Vision"'s success, a flood of Slater material began appearing in 1991, including 12"s and full-lengths for his own Jelly Jam label, as well as Dutch label D-Jax Up-Beats, Irdial, and especially Peace Frog, including nearly a dozen singles under his own name ("The X-Tront Trilogy") and as Planetary Assault Systems ("The Planetary Funk Trilogy").

Slater's probably most well-known releases to date have appeared on the renowned GPR label (with Alan Sage and under the names Morganistic and Luke Slater's 7th Plane) and tend to combine an ambient or experimental/textural approach with a more minimal rhythmic framework. Slater jumped back to Peacefrog in 1996, as GPR's continuing organizational problems slowed their release schedule to a halt, releasing his full-length Planetary Assault Systems debut in 1997. He ascended to the majors via a contract with NovaMute that resulted in 1997's Freek Funk; Wireless followed two years later. Alright on Top from 2002 was an "album of songs" with vocals from Ricky Barrows and others featured on every track.

His first volume of the mix series Fear and Loathing appeared in 2001 on the React label, the second volume of Fear and Loathing appeared in late 2004. Slater has released the 32nd volume of the Fabric DJ-mix series in early 2007, and has reinvented innumerable tracks in remixes from artists such as Depeche Mode and Ken Ishii to more recent remixes for Radial and Soul Designer. In 2006, Slater set up his own label, Mote-Evolver, releasing limited 12" records and digital downloads through the Mote-Evolver and N.E.W.S. websites.

A collection of Slater's early work for Peacefrog, 92-94 consists of tracks from three volumes of his X-Tront EPs. Including several tracks unavailable elsewhere on CD, the album including explosive techno stormers like "Quadfonik" (often the A-sides of his singles) as well as more gentle explorations like "The Secret Garden" and "Expectation No. 1." 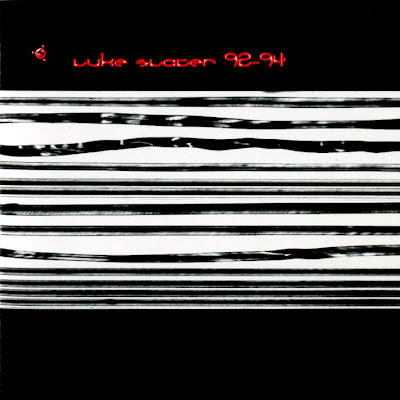 Luke Slater dons his dark techno guise to produce one of the most innovative techno albums out there. Still sounds as good today as it did when it blew me away a long time ago! Very intricate in places with complex layers, every listen brings something new. Finishes with the awesome 'wonder' track, which teases you into wanting more. Intelligent techno plus ambient effects, with a thumping melodic beat.

Note: Amniotic fluid is a clear and slightly yellowish liquid which surrounds the unborn baby during pregnancy. 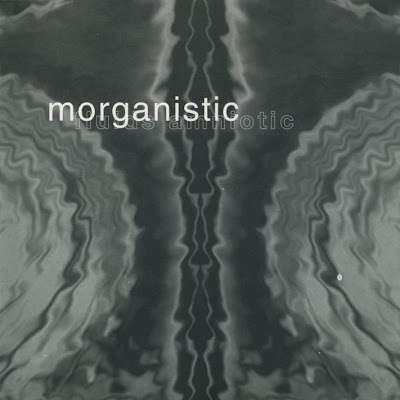 Essentially, it's more of the same beautifully crafted sonic bliss and is an absolute must for IDM/Techno fans....This album really is one of the best idm albums from back in the day. God knows why Slater went back to hard techno when he can craft intelligent downtempo music this well. It's just tragic that this style of music never became bigger than a niche sound, but then maybe that's part of the appeal... Absolutely top draw idm. 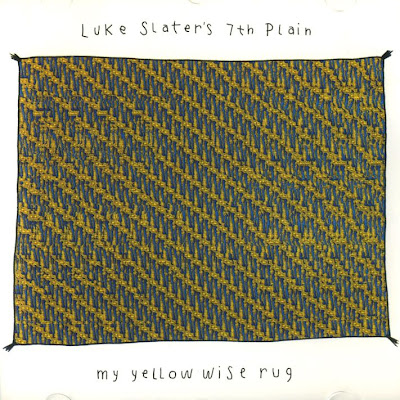 the 7th plain stuff is amazing, easily among the best of 90's idm, and the morganistic album kills it every time (its worth it alone for 'bellows'). great post mate.

Can you kindly repost the album "92-94" and the other Luke Slater albums please. Your work is appreciated. Thank You.

'sandra's favourite' was always a wonderful standout track for me.
i recall drifing off to sleep listening to the album after a friend lent it to me, then waking up half-asleep/awake after sandra's favourite began, thinking..."blimey!"

please reup the Morganistic and the LS albums

Can you please re-up all three albums on this page? Thanks