Hello, well thursday my provider let me down, no Internet, phone or TV, hence no Goldy Rhox but i'll make it up next week with an extensive posting. Beats meanwhile keeps tracking Luke Slater today in his guise as Planetary Assault Systems ...N'joy

Born in Reading (12 June 1968, England) and raised in Horley, Slater's early sound dalliances with his father's reel to reel tape recorder and his drumming stints led to work in local record shops, including Jelly Jam in Brighton. By 1988, Slater was immersed in the embryonic acid house scene, DJing in London's Heaven nightclub.

Luke is generally credited with helping to create a U.K. techno tradition with a strong Detroit foundation. Slater's work is probably the more straight-ahead (although he's released works ranging from tough, banging techno to lush, beatless ambient) and tends to build on the Steel City's ruddy, muscular frame rather than simply repeating it. He has recorded under names such as Morganistic, Clementine, Planetary Assault Systems, and Luke Slater's 7th Plane, and quite often in collaboration with Alan Sage. Slater got his start in music in the late '80s at the Mi Price record store in Croydon (just south of London), working alongside Colin Dale and collaborator-to-be Sage. He soon set up his own shop -- Jelly Jam Records -- in Brighton, and from there began releasing original tracks under a slew of different monikers.

His debut came in 1989 in the form of "Momentary Vision," released on white label under the name Translucent. Arriving at the height of techno's rediscovery of the breakbeat, the track's hard funk and stripped-down, Detroit bristle, like the work of colleagues B12 and Kirk Degiorgio, announced a new, historically rooted direction in U.K. techno. Though silent for two years after "Momentary Vision"'s success, a flood of Slater material began appearing in 1991, including 12"s and full-lengths for his own Jelly Jam label, as well as Dutch label D-Jax Up-Beats, Irdial, and especially Peace Frog, including nearly a dozen singles under his own name ("The X-Tront Trilogy") and as Planetary Assault Systems ("The Planetary Funk Trilogy").

Slater's probably most well-known releases to date have appeared on the renowned GPR label (with Alan Sage and under the names Morganistic and Luke Slater's 7th Plane) and tend to combine an ambient or experimental/textural approach with a more minimal rhythmic framework. Slater jumped back to Peacefrog in 1996, as GPR's continuing organizational problems slowed their release schedule to a halt, releasing his full-length Planetary Assault Systems debut in 1997. He ascended to the majors via a contract with NovaMute that resulted in 1997's Freek Funk; Wireless followed two years later. Alright on Top from 2002 was an "album of songs" with vocals from Ricky Barrows and others featured on every track.

His first volume of the mix series Fear and Loathing appeared in 2001 on the React label, the second volume of Fear and Loathing appeared in late 2004. Slater has released the 32nd volume of the Fabric DJ-mix series in early 2007, and has reinvented innumerable tracks in remixes from artists such as Depeche Mode and Ken Ishii to more recent remixes for Radial and Soul Designer. In 2006, Slater set up his own label, Mote-Evolver, releasing limited 12" records and digital downloads through the Mote-Evolver and N.E.W.S. websites.

Even while productions under his own name have explored electro and listening techno, Luke Slater's Planetary Assault Systems guise remained the home for his productions closest to the percussive, banging techno he produced during the early '90s. The alias began quite early too, with a series of four Planetary Funk EPs recorded for Peacefrog during 1992-94 (collected on 1995's Archives). His first full-length under the guise, Electric Funk Machine, appeared in 1997 and was followed one year later by The Drone Sector.

Archives features nine tracks from Slater's Planetary Funk EP series, including a raft of sleek hard techno classics ("Booster," "In From the Night," "Starway Ritual") as well as (slightly) more atmospheric cuts ("Twighlight," "Flightdrop"). Classic dancefloor techno that will always get you boppin'. 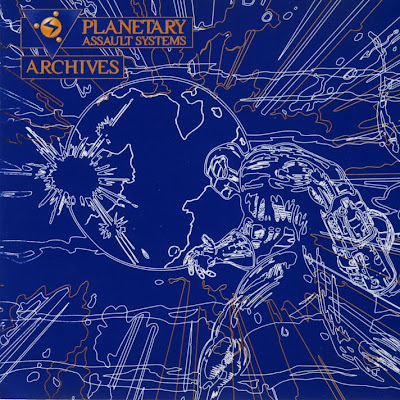 Slater's second full album as Planetary Assault Systems is bookended by five tracks of trademarked tough-as-nails phased techno, akin to his early work. The three downtempo productions in between ("You Thought It," "Jay Track One," and the beatless "Long Lost") lift The Drone Sector to a higher plane altogether, showing Slater with a knack for atmospherics that's just as impressive as the energy of his straight-ahead tracks. Drone Sector epitomizes not only the pioneering sound of mid-90s techno, but also the unique approach to music that characterizes the work of Luke Slater, aka Planetary Assault Systems. 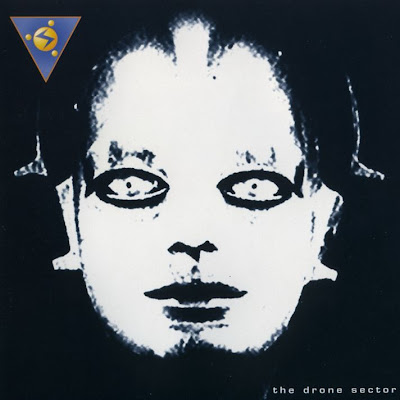 The third album from PAS, no shortage of range on display from Luke Slater. Begin with Dark City and it's dystopian narrative. As the artist name suggests...it's an assault. Moving on with atmospherics and an effective use of claps arrangements I Am The Funkster poses a slippery jack track. Atomic is simply great techno with a sinister twist on themes that may have arrived before...but are arranged and executed tastefully here. Twelve never fails to absolutely delight. Groove For Thought stretches on like a Basic Channel record a tantalising strong piece. Another strong ' Assault' 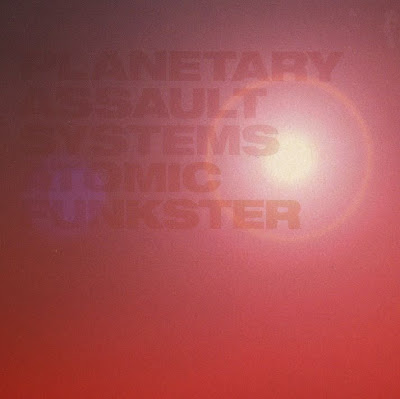 Hello to you, Rho!

Any chance on getting Planetary Assault Systems ‎- Archives 1 reuploaded?

Thanks and have a great day!