Hello, as the pressedential debate rumbles in the background, Obama the smartest but Romney the slickest and as the US likes to be seduced by slick salesmen, I fear the global disaster (financial/military) that is waiting to happen will come sooner rather than later. Most people just haven't got a clue how big the financial mess is (including most politicians) and either mega inflation or killing the creditors makes any sense (wipe east asia of the map), confiscate all church possessions.

We're still on the On U track laid out by dub genius Adrian Sherwood since the late seventies. N'joy

The product of the fertile and prolific British producer, mixmaster, and dub genius Adrian Sherwood, Creation Rebel was one of Sherwood's first endeavors as a producer. Originally the backing group for the late reggae great Prince Far-I, Creation Rebel worked with Sherwood from 1977-1980, recording some of the best reggae dub music this side of Lee Perry during the early English punk era. Languorous, funky, spacy, and totally intoxicating, it's exciting to hear the awesome production/mixing talents of Sherwood in their early days. Similarly, the band (drummers Style Scott and Fish Clarke, bassist Clinton Jack, keyboardist Bigga Morrison, guitarist Crucial Tony, and percussionist Slicker) play with a grace, effortlessness, and power that most studio bands would kill to achieve. With the band's talents so wonderfully used by Sherwood, this is without a doubt some of the best and most important non-rock music to be made in England in the late '70s.

Much of Adrian Sherwood's earliest production work was for Creation Rebel. Its players went on to appear on many of On-U's first wave of releases. Creation Rebel's first album "Dub from Creation" was released in March of 1978.

At this time the group comprised of "Lizard" Logan, "Crucial" Tony on guitar, Clifton "Bigga" Morrison on keyboards and Dr Pablo on melodica - which left an urgent vacancy on drums! Introduced to the band via Far I & Prince Records in Jamaica was a young man who had just completed his stint in the Jamaican army - Lincoln Valentine Scott a.k.a. "Style" - who, over the ensuing few years was to become the most in-demand session drummer in reggae and key member of the Roots Radics whose rhythms would dominate the scene between the end of the golden period of roots through to the digital age of the mid-eighties and onwards. Scotty of course also went on to form the nucleus of Dub Syndicate who have since recorded extensively for Adrian Sherwood and On-U Sound.

In late 1978 Sherwood and Creation Rebel recorded "Starship Africa" . Not released for the first time until 1980 the album still stands alone musically in reggae where it has no cerebral equivalent. "Starship Africa" can be interpreted critically as forming the third point of a sonic triangle equilaterally occupied by the disparate output of Grateful Dead and Tangerine Dream. A magnet for Headz which retains its stoned power today, the album mixed the customary drum and bass with ambient washes and industrial noise - all within a minimal framework.

The album's story goes something like this. Just after the completion of the "Dub from Creation" LP, the young Sherwood found himself with the basic Creation Rebel cutting a bunch of rhythms in the studio for a character with the wonderful name of DJ Superstar - a contemporary of the Mexicano, and also rapping on top of funked up reggae rhythms. Most of these tunes had bass lines from Tony Henry of Misty In Roots. Sherwood had hummed the bass lines and Tony has re-created them - hence the melodic quality of the bass lines on the finished tracks.

The band's album "Close Encounters Of The Third World" on Hitrun had Prince Jammy credited with the mixdown, with Mr Sherwood referred to in the credits as "technician". The release of the "Rebel Vibrations" album in 1979 preceded "Starship Africa" by over a year. Both sets were instrumental dub affairs and can now be appreciated as largely experimental in their approach, described in an unusually articulate phase by Mr Sherwood as exploring:

"...the unique possibilities of space in sound within the disciplined structures of rhythm, using bass line melodies and relying as much on the understated side of the overall result as on the overstated..."

The remainder of 1979 found Creation Rebel as anchor band for Prince Far I, Jah Woosh, Prince Hammer and Bim Sherman, all were featured in a non-stop three hour show which took to the road as the "Roots Encounter" tour. However, with the arrival of the eighties the band's members were to tour less and less and eventually become disentangled as a creative outfit. Part of the explanation is, of course, that a working musician may have to go through many mutations in order to earn a living in the business.

Part of this inevitable phenomenon for members of Creation Rebel was that individually they also contributed to the musical existence of a whole bunch of other bands, most of whom were associated with Adrian Sherwood and On-U Sound - the Maffia, New Age Steppers, Singers And Players, African Head Charge, Playgroup, Noah House Of Dread, Undivided Roots etc as well as the customary stints as backing musicians for visiting stars from Jamaica.

The "Psychotic Jonkanoo" album preceded the band's final set by less than a year ("Lows And Highs" ) on Cherry Red Records in July 1982). The material consists of a fairly standard array of conscious style chants, delivered mostly by "Crucial" Tony in a militant style with harmonies from the band often reminiscent of Black Uhuru - especially on the opening track "The Dope", where we also have the added bonus of "Deadly" Headley's stylish sax intertwining with the vocal lines. The whole feel of the album is raised to a higher creative level by the arrangement and production which is clean, crisp and inventive - especially on the instrumental versions, "African Space" features a wah-wah guitar in almost restrained fashion!

"Threat To Creation" is not only the dub to the preceding "Chatti Mouth" but also provided the title to the band's shared album with the New Age Steppers which appeared in November of the same year. In fact the bass line for "Threat to Creation" slows down to provide the pulse for the most psyched out On-U dub of all time "Chemical Specialist", whereas the title track suddenly assumes a different identity altogether! "Mother Don't Cry" features one Lydon on vocal harmony, a duty for which Johnny Rotten was not renowned, although he had previously assisted the great Dr Alimantado with similar input!

Sherwood’s production debut originally released on a small UK label HitRun. ‘ John Peel said it was the best dub record to come from England. Creation Rebel's first album "Dub from Creation" was released in March of 1978. The original band, featuring the drummer Eric "Fish" Clarke, had been a studio outfit known as the Arabs, now primarily remembered for their work on the classic dub set "Crytuff Dub Encounter Chapter 1. The rhythm tracks for this album had been laid in Jamaica but the overdubs were worked up at the Gooseberry Studios in London. "Fish" left for Jamaica when these sessions were complete, leaving the group of remaining musicians preparing for duty as Prince Far I's backing group for the DJ's tour of Europe scheduled to start later in the year. 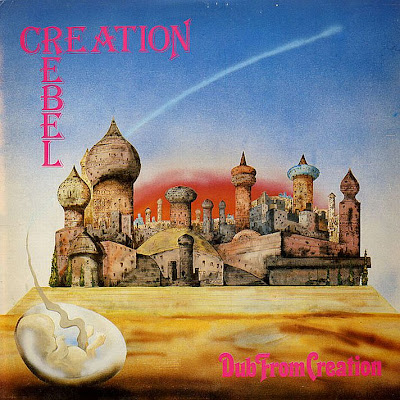 Originally recorded in 1978 (following the recording of Dub from Creation), the mighty Starship Africa was already envisioned as the debut album by one DJ Superstar, toasting over a series of rhythms performed by the basic Creation Rebel unit, with Misty in Roots' Tony Henry on superbly melodic bass. These original tapes have long since vanished -- the project was canceled (Adrian Sherwood declared the results "lame") and it would be another two years before he returned to them, while casting around for the maiden release by a new label he was involved with, 4D Rhythms. Remixing and re-recording the rhythms saw Jamaican drummer Style Scott recruited to play live over Charlie Eskimo Fox's original tapes; an additional half a dozen percussionists, drawn from whoever happened to be in the studio at the time, were additionally overdubbed, with Sherwood camouflaging their basic lack of timing and rhythm by employing some truly wild phasing and echo. Indeed, his 4D Rhythms partner Chris Garland allegedly spent most of the session encouraging Sherwood to take the effects as far from the norm as he could, to the ultimate extent of mixing the tracks blind. The result is an album that has been compared to acts as far afield as Tangerine Dream and the Grateful Dead, a truly spaced-out dub experience that, spread over just two tracks (albeit broken down into five and four movements apiece), stands among the most intriguing of all Sherwood's earliest creations. 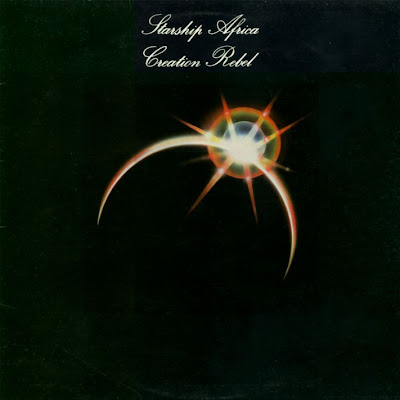 One of the most startling albums in the early Adrian Sherwood catalog, Threat to Creation is nominally a compilation of recent dubs transformed into a pulsating ménage of rhythms and dubs, through which shoot some truly devastating effects -- is there any greater demonstration of the On-U technique than "Chemical Specialist" (itself a mogadon retread of the title track rhythm)? Elsewhere on this remarkable disc, the New Age Steppers' own "My Whole World," "Got to Get Away," and "Guiding Star" all reappear in dub form, as "Painstaker," "Final Frontier," and the echoing, creaking "Eugenic Device," respectively. Other dubs here include Bim Sherman's "Devious Woman" ("Last Sane Dream") and "Satta Massagana" ("Ethos Design"), both chillingly reworked to strip away almost every last semblance of the original. 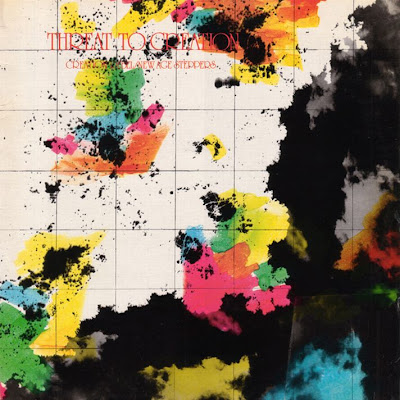 Creation Rebel's penultimate album, Psychotic Junkanoo might not be the most revolutionary collection in the band's catalog, but it is one of the most enjoyable. With Crucial Tony's militant vocals riding on a bed of delicious harmonies and, on the opening "The Dope," a guest appearance from sax legend Deadly Headley. Anthem by anthem, the album takes shape. Reworking Jah Woosh's "Woodpecker Sound" rhythm, "Chatti Mouth" is a frenetic singsong toast laid over a haunted, effects-riven rhythm. With backing vocals from John Lydon, "Mother Don't Cry" echoes Black Uhuru's "Abortion" in its stark delivery, and "African Space" is propelled by so startlingly evocative a wah-wah guitar that one doesn't even realize it's an instrumental till it's over. Across the board, Adrian Sherwood's production and mix are as crisply clean as any "mainstream" roots album -- cleaner, in fact, as the rhythms float in a space all of their own, and the echoes simply ricochet off one another. Anybody searching Sherwood's catalog for an easy point of entry would do well to start here, and everyone else can simply applaud Psychotic Junkanoo as the last truly great roots reggae album of the 1980s. 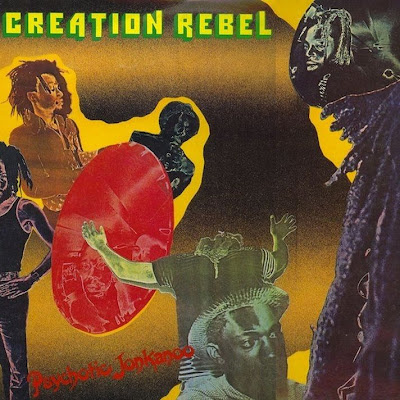 Thank you for these great On U Sounds

Well Anon you're in luck all Creation Rebel flacs have been re-upped now. N'Joy

Please would it be possible to upload Psychotic Jonkanoo again? Thank you so much.

Really appreciated the re up of Psychotic Jonkanoo. Thank you very much.

Outstanding! Love On-U. Thanks so much for the re-ups!

Thank you so much. Wonderful stuff

Hi is it possible to re-up creation rebel? Thanks

Thanks for the re-up, Rho.

Could you please re-post these Creation Rebel albums? Thanks!

Can you please reup. Thanks

thank you for the re-uploads, appreciated!