Hello, been away this week and upon return yesterday was confronted with a sudden relative drop in visitor numbers, maybe you thought there wouldn't be any postings, well blogspot lets one time postings so i had done last week in advance. More confrontational is the fact that i've been infested with a nasty rootkit-physicaldrive0 which isnt dealt with by Avast and bugs me, it seems by crashing my browsers (Mozilla & Opera) whilst i'm downloading, initially i thought it was the latest flash plug in, but that wasn't it. Meanwhile i've read how clever this shite was created, makes you wonder about the mentall state of those responsible, it fails in the percieved intention of popping up (gaming?) websites but does manage to crash downloading browsers. Well Kaspersky seems to have a solution i'll let you know tomorrow, didn't fancy doing anything before posting today...if all else fails it's format and finally install windows 7..

Ok, so tonights band in the spotlight is on hold after 19 years of releasing 11 albums and 7 compilations ( EP's) and lot's more, in short they've been very active in recording and meanwhile toured plenty aswell. Admittedly they edge the Sundaze concept but to me they certainly project a certain relaxation, calmness aswell. Find out yourselves...

In 1985, Tim Gane formed McCarthy, a band from Essex, England known for their left-wing politics. Gane met the French-born Lætitia Sadier at a McCarthy concert in Paris and the two quickly fell in love. The musically-inclined Sadier was disillusioned with the rock scene in France and soon moved to London to be with Gane and to pursue her career. After three albums, McCarthy broke up in 1990 and Gane immediately formed Stereolab with Sadier (who had also contributed vocals to McCarthy's final album) and ex-Chills bassist Martin Kean. The group's name was taken from a division of Vanguard Records demonstrating hi-fi effects.Gane and Sadier, along with future Stereolab manager Martin Pike, created a record label called Duophonic Super 45s—which, along with later offshoot Duophonic Ultra High Frequency Disks, would be commonly known as "Duophonic

The band originally comprised songwriting team Tim Gane (guitar/keyboards) and Lætitia Sadier (vocals/keyboards/guitar), both of whom remained at the helm across many lineup changes. Other long-time members include Mary Hansen (backing vocals/keyboards/guitar), who played with the group from 1992 until her accidental death in 2002, and Andy Ramsay (drums), who joined in 1993, and who is still in the official line-up.

In 1992 Stereolab's first full-length album, Peng!, and first compilation, Switched On, were released on independent label Too Pure. Around this time, the lineup coalesced around Gane and Sadier plus vocalist Mary Hansen, drummer Andy Ramsay, bassist Duncan Brown, keyboardist Katharine Gifford, and guitarist Sean O'Hagan of the 1980s famed Microdisney duo. Hansen, an Australian, had been in touch with Gane since his McCarthy days. After joining, she and Sadier developed a style of vocal counterpoint that distinguished Stereolab's sound until Hansen's death ten years later in 2002.

Beginning with their 1993 EP Space Age Batchelor Pad Music, the band began to incorporate easy-listening elements into their sound. This release raised Stereolab's profile and landed them a major-label American record deal with Elektra Records. Their next album, 1993's Transient Random-Noise Bursts with Announcements, was their first American release under Elektra, and became an underground hit in both the U.S. and the U.K. On 8 January 1994, Stereolab achieved their first chart entry when their 1993 EP Jenny Ondioline entered at #75 on the UK Singles Chart.

With their 1994 full-length, Mars Audiac Quintet, Stereolab focused more on pop and less on rock, the album makes heavy use of vintage electronic instruments, and also contains the single "Ping Pong", which gained press coverage for its allegedly explicitly Marxist lyrics. After releasing a 1995 collection of singles and B-sides called Refried Ectoplasm: Switched On, Vol. 2. Stereolab's 1996 album, Emperor Tomato Ketchup, was a critical success and was played heavily on college radio. A record that "captivated alternative rock", it represented Stereolab's "high-water mark". Krautrock techniques were still present, but the band stirred the pot with hip-hop sounds and complex instrumental arrangements. John McEntire (Tortoise) assisted with production and also played on Emperor Tomato Ketchup, while Katharine Gifford was replaced by Morgane Lhote before its recording, and bassist Duncan Brown by Richard Harrison afterward.

Dots and Loops was released in 1997, and was Stereolab's first album to enter the Billboard 200 charts, peaking at #111. Stereolab transformed the harder Velvet Underground-like riffs of previous releases into "softer sounds and noisy playfulness". Contributors to the album once again included John McEntire, along with Sean O'Hagan of The High Llamas and Jan St. Werner of German electropop duo Mouse on Mars. A Nurse With Wound collaboration, Simple Headphone Mind, appeared in 1997, and the third release in the "Switched On" series, Aluminum Tunes, followed in 1998.

The band then took a break from traveling while Gane and Sadier had a child. In 1999, Stereolab's next album appeared, titled Cobra and Phases Group Play Voltage in the Milky Night. Co-produced by McEntire and American producer Jim O'Rourke, the album earned mixed reviews for its lighter sound, and peaked at #154 on the Billboard 200. The full-length Sound-Dust followed in 2001, and rose to #178 on the Billboard 200. Again featuring producers McEntire and O'Rourke, it was more warmly received than the previous album with the emphasis less on unfocused experimentation and more on melody.

In 2002, Stereolab began to plan their next album, and started building a studio north of Bordeaux, France. In October 2002, the band released ABC Music: The Radio 1 Sessions; a compilation of BBC Radio 1 sessions. The year also saw Gane and Sadier end their romantic relationship. On 9 December 2002, longstanding band member Mary Hansen was killed when struck by a truck while riding her bicycle. Born in Maryborough, Queensland, Australia, Hansen earned the most attention for her vocal work with Stereolab, although she also played the guitar and keyboards. For the next few months, Stereolab lay dormant as the members grieved. They eventually decided to continue; as Sadier explained in a 2004 interview: "Losing Mary is still incredibly painful ... But it's also an opportunity to transform and move on. It's a new version. We've always had new versions, people coming in and out. That's life."

The full-length album Margerine Eclipse followed in 2004 to generally positive reviews, and peaked at #174 on the US Billboard 200.[34] The track "Feel and Triple" was written in tribute to Hansen; according to Sadier "I was reflecting on my years with her ... reflecting on how we sometimes found it hard to express the love we had for one another. It was Stereolab's last record on their American label Elektra Records, which closed down in 2004. The album was followed by Oscillons from the Anti-Sun; a 2005 three-CD and one-DVD retrospective of the group's rarer material. In 2005 and 2006, Stereolab released six limited-edition singles which were collected in Fab Four Suture, and contained material which Mark Jenkins thought continued the brisker sound of the band's post-Hansen work.

Serene Velocity, a "best-of" compilation focusing on the band's Elektra years, was released in late 2006. By June 2007, Stereolab's lineup comprised Tim Gane, Lætitia Sadier, Andy Ramsay, Simon Johns, Dominic Jeffrey, Joseph Watson, and Joseph Walters. The band had finished the production of their next album, entitled Chemical Chords, which was released in August 2008 on the 4AD label. The release of the album was followed by an autumn tour of Europe and the United States. In April 2009, manager Martin Pike announced a pause in the band's career together for the time being. After 19 years, he stated they felt it was time to take a rest and move on to new projects.

Though it was the group's major-label debut, Stereolab's Transient Random-Noise Bursts With Announcements showed no signs of selling out. If anything, it's one of the most eclectic and experimental releases in Stereolab's early career, emphasizing the group's elongated Krautrock jams, instrumentals, and harsh, noisy moments. The softer, more accessible moments surround complex and varied compositions The single "Jenny Ondioline." is a hypnotic, 18-minute epic encompassing dreamy yet driving pop, a Krautrock groove, forceful, churning guitars, and a furious climax, it's the most ambitious -- and definitive -- moment of Stereolab's early years. 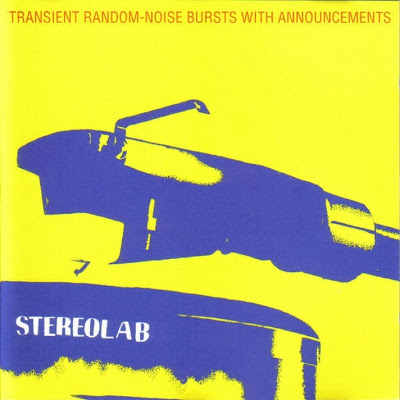 Stereolab was poised for a breakthrough release with Emperor Tomato Ketchup, their fourth full-length album. The group certainly hasn't backed away from pop melodies on Emperor Tomato Ketchup, but just as their hooks are becoming catchier, they bring in more avant-garde and experimental influences, as well. Consequently, the album is Stereolab's most complex, multi-layered record. The music is melding electronic drones and singsong melodies with string sections, and scores of interweaving counter melodies. Even when Stereolab appears to be creating a one-chord trance, there is a lot going on beneath the surface. Furthermore, the group's love for easy listening and pop melodies means that the music never feels cold or inaccessible. 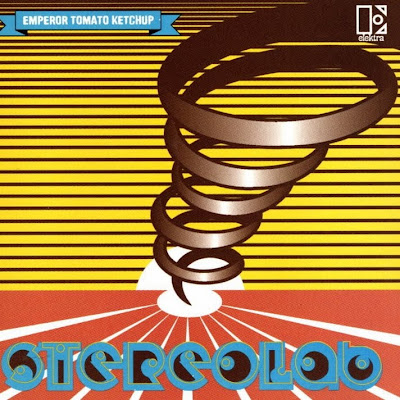 Could you please re-up the Sterolab? Thanks in advance.

Many thanks for these Rho.