Hello, i'm rather miffed about my visitor numbers currently, these have been growing steadily since i picked up posting again in october last year, even during the time that i stopped posting numbers declined steadily over the 20 months during which i just did two specials. However since late March numbers have suddenly gone down by 20% now, i can't help but wonder, haven't seen anything like this in the past 5 years. Ideas and suggestions are welcome...
Todays post is all about what was at the time the new sensation, a creative burst that lasted a little more then a year before the band split bevause their 1+1=3 moment had gone A wise decision because seperately they achieved new heights..

Andrew Weatherall's own C.V. is nothing to laugh at. Born in 1963, he was dee-jaying by age 14 and a professional behind the decks when 1987 clicked over. During the next five years he grabbed the nascent UK acid house movement by the scruff of the neck, first remixing New Order and The Happy Mondays and then producing Primal Scream's opus 'Screamadelica'. The album turned out to be one of the most influential releases of the 1990s. "I'm proud of that piece of work," Weatherall admits. "I'm still chuffed when people come up to me and say it's their favourite album, or it changed the way they listen to music."

Andrew Weatherall's Sabres of Paradise were one of the U.K.'s most celebrated experimental techno groups. A combined effort of Weatherall and collaborators Jagz Kooner and Gary Burns, the group released a flood of singles and EPs, many of which were collected on compilations released by Warp and Weatherall's other main focus: the Sabrettes label, with releases from Plod and Slab, among others. Born in Windsor, Berkshire, Weatherall considers himself a DJ first, and his exhausting schedule of deckwork has been arguably as influential as his records, inspiring scores of other DJs and anticipating trends in trance-techno, inelegant dance, and even trip-hop. Still, tracks such as "Smokebelch," "Theme," "Wilmott," and the expansive Haunted Dancehall did much in helping to push the post-techno envelope beyond the often staid conventions of the dance floor. Weatherall also gained visibility through remix and production work, working with Primal Scream and Scottish ambient-pop group One Dove, and reworking tracks for James, the Orb, Bjork, Therapy?, Happy Mondays, FSOL. Andrew's remixing skills can be sampled firsthand via the three-CD collection Cut the Crap..

Realizing he was becoming an overexposed remixer du jour, Weatherall went underground. Would that Junior Vasquez and Peter Rauhoffer had similar integrity! Weatherall founded the Sabres of Paradise label and studio project and sought to mesh his predilection for urban fear with skunk-fuelled hip-hop and dub. Sabresonic can boast one of the finest remixes of all time-- David Holmes' acidic percussion workout of "Smokebelch" more than rebuffs any criticism that remixing is just a waste of time and marketing budget (which in many cases it is). Holmes became a part of the Sabres system and his breath- taking debut album This Film's Crap, Let's Slash the Seats teams him up with Jagz Kooner and Gary Burns of the Sabres of Paradise.

Weatherall wittily located his Sabresonic club in a disused railway arch under London Bridge station, the area best known as the former prowling ground of Jack the Ripper. Weatherall would DJ his dubby hip-hop before guest DJs like Dr. Alex Paterson would knock clubbers out of their stoned groove with cyborg blasts.

Sabresonic (the album) was followed by Haunted Dancehall on which Weatherall pushed into prominence his love of Jamaican musical styles (reference "Wilmot" and "Theme" if you think I'm crazy). He layed down the blueprint for big beat ("Tow Truck") in addition to producing skeletal techno similar to the ossified forms that Plastikman was putting out at the same time.

Before long, Weatherall killed of the Sabres of Paradise, the Sabresonic club, and established the short-lived Emissions labels. But more lastingly, he teamed up with former Emissions engineer Keith Tenniswood; the phoenix rose majestic once again as Two Lone Swordsman. Jagz Kooner and Gary Burns went on to form The Aloof.

A classic warp records release...Sabresonic is a unique wonderful musical experience through deep hypnotic melodies, club friendly electro/techno/house beats and chilled soundscapes of ambient. Each track adds to the whole album with atmosphere evoked by moody grooves, ambiance & textures making the whole album a joy to listen and totally involving. This album came out before the AI series on Warp: 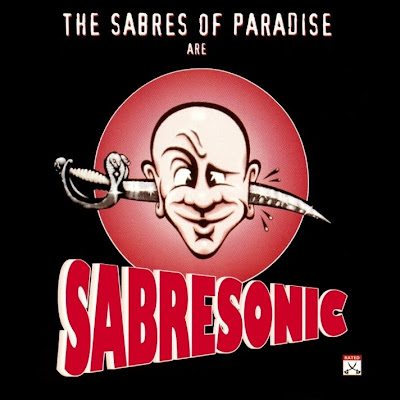 The Sabres' second album is a conceptual manifesto of sorts, accompanied by a loose song-by-song narrative of descriptions written by the group. According to Weatherall, they initially hired Scottish novelist Irvine Welsh (Trainspotting) to pen the notes, but, unhappy with the results, threw together their own versions minutes before the record was shipped off to be pressed. Lots of thin, bubbly, minimalist ambient and mid-tempo breakbeat, with quirky tracks aided by production assistance from Geoff Barrow (Portishead) and A. Carthy (Mr. Scruff). 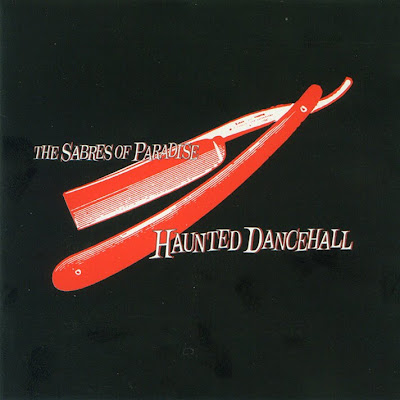 These remixes are themselves classics and define ambient techno and their 'warped' approach to dance music. More uptempo than their album "Haunted Dancehall" Sabresonic demonstrates how the Sabres tested the conventions of techno, much in the way fellow Warp artists did and still do. Great album to get you in the mood for a night clubbing but conversely you could quite easily just stay in and enjoy. 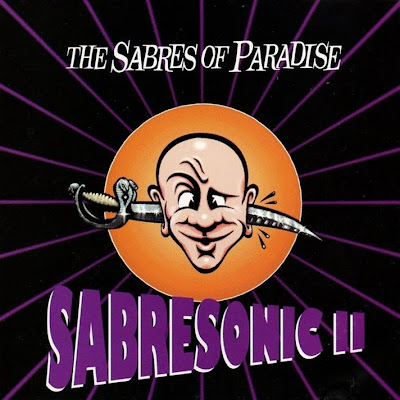 elsewhere on this blog (Rhotation 14)

Frankly, any (or even all) of The Sabres Of Paradise releases on this page in FLAC would be great!

Thank you so very much!

Thank you for the Sabres of Paradise FLAC.

This must be one of the best Blogs anywhere in the known (or Unknown) Universe.

Thank you again for the excellent Music.

Could You Please Re Up This?
Thanx
Carlo

Hi - I'm new to your blog. Any chance on re-upping these again?
Thanks

Hello, Could you please re-ups these files. Thanks so much in advance.

Hi Rho, thanks for your post...
Please Re-Up the album Sabresonic II (95), thanks so much!!