Today, widely regarded as one of the most respected and sought-after producers in the music world, Brazilian-born Eumir Deodato has racked up 16 platinum records to his credit as artist, arranger or producer with combined sales of well over 25 million records in the USA alone. His discography, including compilations and all his work as arranger, producer and keyboardist, surpasses 450 albums......N'Joy

Born in Rio de Janeiro, Brazil, from Italian and Portuguese origin, Eumir Deodato got his start by playing the accordion at age 12. Shortly thereafter, he started studying piano as well as orchestration, arranging and conducting. Strictly self-taught, he immersed himself in theory books while spending countless evenings sitting behind orchestras and carefully observing how they played. His first break came at age 17 when he arranged and conducted his first recording session for a 28-piece orchestra. It wasn’t long before Deodato became one of the most active and respected arrangers and pianists in Rio's busy music scene, recording for such artists as Milton Nascimento, Marcos Valle, Elis Regina and Antonio Carlos Jobim.

In 1967, Deodato moved to New York and began working with Luiz Bonfa, the legendary composer of “Black Orpheus,” while also doing extensive studio work for Astrud Gilberto, Walter Wanderley, Antonio Carlos Jobim, Marcos Valle and many other Brazilian artists who were living in the Big Apple at the time. When writing the arrangements for Astrud Gilberto's Beach Samba, he became acquainted with producer Creed Taylor, who hired him to arrange for other CTI artists like Wes Montgomery, Ray Bryant, Stanley Turrentine, George Benson, Paul Desmond and Tom Jobim. His reputation in the fields of pop and black music was strengthened by his arrangement work for Frank Sinatra ("Sinatra & Co."), Roberta Flack ("Killing Me Softly,” "Chapter Two,” "Quiet Fire") and Aretha Franklin ("Let Me In Your Life").

Following a performance at the Hollywood Bowl with the CTI All-Stars Band in 1972, Deodato formed his own group. His debut appearance as a leader, billed as "2001 Space Concert,” was held at the Madison Square Garden in New York City in 1973. After seven years of worldwide touring (including Australia, Japan, China, South America, Europe) and eight coast-to-coast tours of the States, Deodato decided to concentrate on studio work once again. Besides highly successful solo albums for the CTI, MCA, Warner And Atlantic labels, his work as a producer/arranger earned him several more laurels. One of his first productions was Kool and The Gang's #1 pop single "Celebration." He followed that success with production work for Earth, Wind & Fire, Michael Franks, Gwen Guthrie, Chuck Mangione, Breakfast Club, The Dazz Band, One Way, Con-Funk-Shun, Pretty Poison, Kevin Rowland (Dexy’s Midnight Runners), White Lion and Brenda K. Starr, for whom he produced the pop hit "I Still Believe" in 1987.

Deodato also had three other multi-platinum albums for Kool & The Gang -- Ladies’ Night, Something Special and As One. In the 90's, Deodato continued to be a vital force on the pop scene through his work with Icelandic singer Bjork. In addition to arranging her last three albums -- 1995’s Post, 1996’s Telegram and 1997’s Homogenic, Deodato produced a highly praised acoustic version of Bjork's Isobel, sub-titled Deodato Mix, which became a club scene favorite. He has also produced material for French singer Clémentine (also touring Japan with her as a special guest in 1994), arranged and produced a top 10 single for Brazilian singer Gal Costa (1996) and has performed as guest conductor with Bjork both in Brazil (1996), and in the States at the Tibetan Freedom Concerts at Downing Stadium (1997). In 1998, Deodato arranged for Brazilian pop acts Titãs ("Vol.

In spite of all of his varied triumphs, honors and distinctions over the years, the multi-talented, and multi-instrumentalist will probably forever be associated with one song -- his funky rendition of Richard Strauss’ classical opus “Also Sprach Zarathustra. That single compelling tune, which first appeared on his 1972 debut album for CTI Prelude, sold five million copies and earned Deodato his first Grammy Award, instantly catapulted him to international stardom and setting a course for his remarkable ongoing journey in music.

"Os Catedraticos 73" was the name used in Brazil but internationally the album was issued under the title "Skyscapers". Deodato is certainly one of the finest arrangers and composers in the World Music idiom, if not in the entire world of music. Here, he combines the beauty of classic Brazilian Samba and Bossa Nova melodies with a very hip early 70's groovy, somewhat funky arranging approach. Several compositions are Deodato originals. All the tracks are just filled with great horn riffs, dense percusssion, and funky electric piano and organ. Very similar to Deodato's hugely popular album "Prelude", without being quite as highly produced. It's a shame more people don't know about this album. If you are into this kind of music, it is definitely worth spending your cash on. 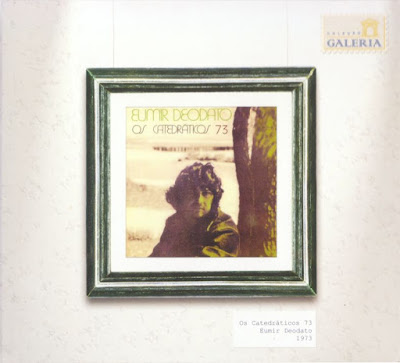 Having signed a presumably lucrative deal with MCA, Deodato took with him the jazz- Latin-funk-with-a-taste-of-the-classics formula that he perfected with CTI. But there was a sonic price to pay, for MCA's flat, lackluster sound takes a lot of the sheen and color away from Deodato's arrangements and the sound of his electric piano. As a result, this record sounds like a washed-out, black-and-white facsimile of a Deodato CTI record, with one classical adaptation (Schubert's "Ave Maria"), a fairly good reworking of Glenn Miller's "Moonlight Serenade," and three Deodato originals, of which only "Whirlwinds" has a headful of steam. The large orchestra and band are populated by the usual mid-'70s assortment of New York sessionmen and women, along with the ubiquitous John Tropea, but there are few solos worth mentioning outside of Deodato's own funky Rhodes displays. Still available on CD, but not essential. Deodato's Knights of Fantasy, released in 1979, contains trace elements of the Brazilian producer and composer's fusion persona while melding them with disco and lite funk -- as many other jazzmen were also doing at the time, from Lonnie Liston Smith to the Crusaders. The album is a thoroughly kitschy sci-fi affair with some very fine playing and horn and string arrangements, particularly on the bass- and ARP-driven "Space Dust/Sherlock," which goes on for nearly eight minutes. Here, funk grooves are allowed to find their way and wind out while a popping bassline holds down the fort even as Deodato goes ape on the synth for his wildly improvisational solo. "Shazam" is another case in point, though it contains some smoking Brazilian polyrhythms undercutting the basic disco funk groove and a slight riff cop from Talking Heads' "Life During Wartime." The weirdest thing here is one of Deodato's trademarks -- taking classical themes and weaving them together in some "futuristic" way. In this case it's Bach, as he combines the composer's Jesu, Joy of Man's Desiring with Andre Popp's "Love Is Blue" (a huge easy listening hit in the 1960s by Paul Mauriat & His Orchestra) and his own "Whistle Bump"! The bottom line is that while it's somewhat shocking, it doesn't really work at all -- there are too many variables and too many instruments layered in, and when the disco groove tropes are added on top it falls far short of the mark. The title track is a handclap-saturated lite dance tune with a killer guitar solo by John Tropea. 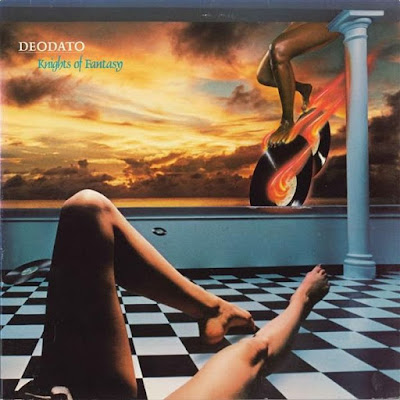 Eumir Deodato has long been hailed for his smooth jazz/fusion blend. And although he had moved closer to a disco-pop sensibility by the time of this release, at least some of the early, cohesive elements of his trademark sound remain. Night Cruiser is smooth, studied, and packed with those moments that scream disco-lite, pop nightmare, and '70s television show soundtrack. But, as mediocre as some of these songs seem, bizarrely it's hard not to at least tap a toe on "Skatin." Where this album takes an interesting turn is at the opening of side two, as "Uncle Funk" finds Kool & the Gang's saxophonist, Ronald Bell, guesting. Deodato and Kool & the Gang had formed a productive partnership for the Gang's hit single "Ladies Night," and here Bell returns the favor. "Uncle Funk" is a juicy blend of fusion and classic funk sax that puts the rest of the album to shame. Clocking in at over six minutes, the song is allowed to find a groove and follow it through. "Love Magic" and "Groovitation" try to follow on from there, but they fall short, proving that although Deodato was capable of turning in a set that was musically perfect and flawlessly arranged. 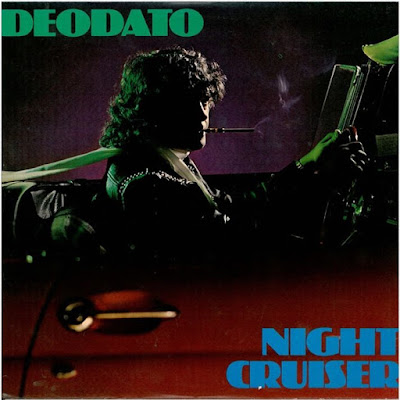 Hi, the flac line to Eumir Deodato - Os Catedraticos 73 seems to be down.

Thanks for all the music

many thanks I have only one album in flac