Hello, the meteorological summer starts today nw Europe has had a very cool spring and the rest of Europe saw lots of rain, rain which has been pooring down in southern Germany these last days and still, meanwhile Northern Europe is baking in the sunshine. The weather is confusing to say the least, arctic icecap melting and we get clouds and rain wonderful..

Meanwhile we're here for some beats, we've been getting serious and clinical and it should hardly be a surprise we turned to Germans for that, the coming Beats we remain in Berlin as it is such a cosmopolitan city where creativity /art is highly regarded, it's evident that there's much more to be explored and we just look at beats here. Today, he has been a restless force in contemporary electronic music for a decade, inspires a passionate following ...... N'joy

If you’ve placed a finger on the pulse of electronic music at any point over the last five years, it’s safe to say you’ll have encountered Apparat in one form or another. Sascha Ring, the Berlin artist who records under that name, has been a restless force in contemporary electronic music for a decade. In that time he’s released three acclaimed Apparat albums – the fourth, The Devil’s Walk, arrives in the autumn of 2011 – and performed his intense live show in front of thousands at clubs and festivals around the world. Apparat inspires a passionate following.

Broadly speaking, Sascha, a tousle-haired, slightly dandyish figure and an expert programmer, produces richly textured, emotional electronica and heavy sci-fi soul. The missing link between Steve Reich and Radiohead, Apparat brings the kind of euphoric melancholy that impels you to punch the air with joy while tears stream down your cheeks. “The only thing you can do with the records I make is to try to somehow move people, to make them feel something,” says Sascha.

Apparat co-founded the German imprint Shitkatapult with Marco Haas (aka T. Raumschmiere) in early 1999. However, it wasn't until two years later that he would release his full-length debut, Multifunktionsebene, which quickly caught the attention of IDM fans worldwide. Known for his prolific output, he quickly followed this up with Tttrial and Eror no less than six months later and another full-length, Duplex, followed shortly after that. A slew of remixes and collaborations would follow for a wide variety of artists both experimental and dancefloor-friendly. He released the double EP Silizium in 2005, which took the Apparat alias in a decidedly different direction. He collaborated with BPitch Control labelhead/DJ Ellen Allien on the full-length Orchestra of Bubbles, which was released in 2006. The following year's Walls was his most creative and singular full-length.

In 2010 a lifeline of sorts came in the form of an offer to put together a mix for K7’s DJ Kicks series. For this, Sascha could at least be creative with his mixing and he had a legitimate excuse to scour Beatport for the latest tracks, hoovering up new jams by the likes of Joy Orbison and Ramadanman. What’s more, nestled among cuts by Burial, Thom Yorke and Pantha De Prince was a new Apparat track, “Sayulita”, reworked from the Mexican session. “This was the first mix I’d done since I was 16,” he says, “it’s a résumé for the club chapter in my life.”

To some, Sascha will be better known as a member of Moderat, the gonzo electro supergroup consisting of him and his maverick pals from Modeselektor. Their longheld Berlin bromance produced an acclaimed album in 2009, and in March this year Moderat played the last show of a riotous world tour at the Bloc Weekend festival. Thom Yorke adored that record and invited Moderat to support Radiohead. Others might recall, back in 2006, the dizzy synths of Orchestra of Bubbles, Sascha’s tuneful collaboration with fellow Berlin producer Ellen Allien.

For someone whose first love is techno – as a teenager in small-town east Germany he dived headfirst into the mid-’90s rave scene and never looked back – Sascha’s most trusted instrument was the computer. “I was always on the hunt for interesting sounds, electronic sounds,” he says. “But at some point, when everything got computerised and there was a plug-in for every sound, it felt like this whole thing is done and there isn’t much new sound to experience. So I started getting more interested in the old-school ‘songs’ thing.”

And so Sascha’s learned to compose on a wider range of ‘real’ instruments, which partly accounts for the traditional feel and undeniable warmth of The Devil’s Walk. “There’s a lot of computer stuff on the record, but it didn’t start in an electronic way. I have a piano and guitar at home, which I don’t play well, and sometimes the songs appear and so I record a crappy version at home and then I go to the studio and start working on it on a computer. In the past when I used real instruments it was the other way around.”

The Devil’s Walk, its title a nod to Shelley’s 1812 satirical poem of the same name, is the album on which Sascha grows up and raises his game. Having released his earlier records on cult electronics label Shitkatapult, where he worked for a number of years, this album is his first for Mute. And if his last one, 2007’s Walls, hinted at a move away from the heat of the dancefloor, The Devil’s Walk, with its cool, contemplative dream-pop and bruise-tender Sigur Rós texture, makes that explicit. His latest full-length work was 2013's Krieg und Frieden, made with a 30-piece orchestra to accompany a stage production of War and Peace.

In the past, Sascha has been an outspoken voice online. Would he describe himself as a political artist? “Of course, I have opinions and I get upset when I read newspapers, but I’m trying to keep that out of my world. I wouldn’t write lyrics about political topics. For this record, I wanted to have it somewhere in the artwork, but not in an obvious way.” You prefer to express yourself on Twitter? “Well, I’m trying to not use that too much because a lot of times you regret it. You get angry and instantly write something, which is good because its true, but it always causes a lot of discussion and sometimes you don’t want to discuss everything.”

Apparat' (German for 'apparatus') is a mathematic device to produce musical structures. Random modulation algorithms manipulate audiodata in varying intervals. The boundery conditions have been given though, like with Mozart's musical dice game. Thus the chaos that develops still forms an organic world, which might remind you of a jungle, where in the chirring of insects, the chirping, the knocking and dropping, there seems to be an inscrutable logic. Multifunktionsebene translated as "Multi-level" is lavish in its sparseness, crystalline textures hanging like early mist under serrated rhythmic tessellations and electronic flotsam and jetsam. Apparat's thoughfulness is evident in his music; nothing is out of place. There is an economy of expression in these cold, stark soundscapes that is gorgeously minimal and utterly enchanting, a masterpiece... 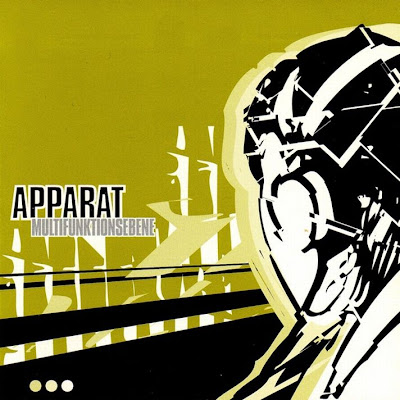 You have to give a nod of the head to Apparat for Duplex. In a year when the market has been flooded with glitch madness, Apparat offers up a full length that stands apart from most in terms of sheer quality. Duplex is melodic and emotional like Telefon Tel Aviv, but without the cleanliness for which TTA is known. This is dirty and raw without all of the digital fuss that most IDM producers toil long and hard to achieve, and Apparat pulls it off with deceptive simplicity. Digital mosquitoes flickering and fluttering throughout the opening track ("Granular Bastard") and haunting vocals that recall classic Peter Gabriel on "Contradiction" help to drive home that this is going to be anything but predictable. It's glitchy, but doesn't subscribe to many of the basic tenets that plague the glitch/microhouse subgenres, and listening to the album in its entirety can be an exhilarating and inspiring listen, or a completely exhausting one depending on your state of mind before popping the CD in the tray. But either way, Duplex stirs the gamut of emotions so deeply and honestly that it's hard to walk away and not feel something. And after all, isn't that what of the core principles music (and art) are supposed to provide? 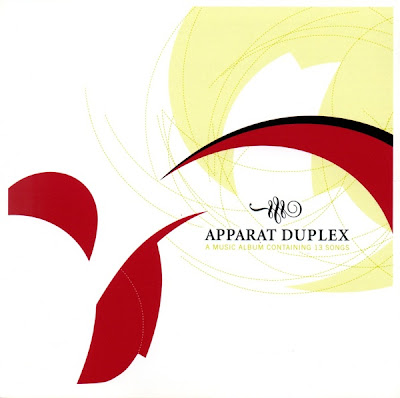 Fractured, punchy beats mingle with wistful synth-strings and stray samples of children's voices before bending to the breeze of a lone saxophone on "Pressure". It's a stirring piece of music, not to be outdone by "Nato"'s galloping bass kicks and diced melodic detritus. These are easily the most impressive tracks on Apparat's second album, but nothing on "Tttrial and Eror" really disappoints. In 2004, Apparat appeared at a John Peel session. The tracks from this session were rerecorded and reworked in the studio and released as Silizium EP in 2005, as a tribute. This is as long as an album, but there are nearly as many remixes as original mixes, so it appears to be designed more like an EP of stray tracks or a brief compilation. It's neither. Instead, the first five tracks work together as a single piece. For this part of the disc, producer Sascha Ring is joined by vocalist Raz O'Hara as well as a cellist, a violinist, and a clarinetist. As a whole, it brings Apparat closer to the kind of emotionally incisive chamber IDM nearly perfected by Telefon Tel Aviv on Map of What Is Effortless. 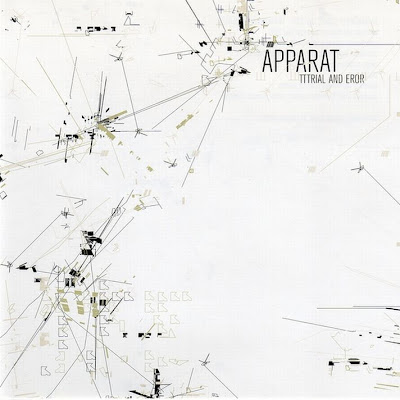 I didn't know you had posted on Apparat until your reuploaded several of his albums last week. Can you reupload these ones too? His music is very melodic and emotional and, after several years working with Modeselektor, he is back with a new solo album, LP5.

He is a great artist, that have explored several genres and is able to work well with other artists, something that is not always easy to do.