Hello, ready for some more Future Sound, yesterday not enough? You want that Sundaze brain stimulated electronically ? Be my guest and... N'Joy

Future Sound Of London (FSOL) was formed in Manchester, England, in the mid 1980s. Dougans had already been making electronic music for some time when they first began working in various local clubs. In 1988, Dougans embarked on a project for the Stakker graphics company. The result was Stakker Humanoid. Cobain contributed to the accompanying album. In the following three years the pair produced music under a variety of aliases. Stakker Humanoid re-entered the UK chart in 1992, followed by the breakthrough ambient dub track "Papua New Guinea" featuring a looping Lisa Gerrard vocal sample, which was their first official release. Virgin Records looking for electronic bands and quickly signed them. With their newfound contract they immediately began to experiment, resulting in the Tales of Ephidrina album, released in 93 under the Amorphous Androgynous moniker. Thus preceding FSOL 's first album release Lifeforms (94)

The second installment of the ongoing series. From The Archives is a collection of songs spanning the duo's 25 year recording career including rarities, remixes and previously unreleased recordings from FSOL's archives. Future Sound of London are one of the most respected international experimental ambient outfits, incorporating elements of many styles into their musical stew: Techno, Classical, Jazz, Hip Hop, Electro, Industrial and Dub are just a few of the aural touchstones that are often felt if not heard in their expansive, sample-heavy tracks. 21 tracks including 'Brujo', 'Fractional Difference', 'Distant Nebulus' and many more. 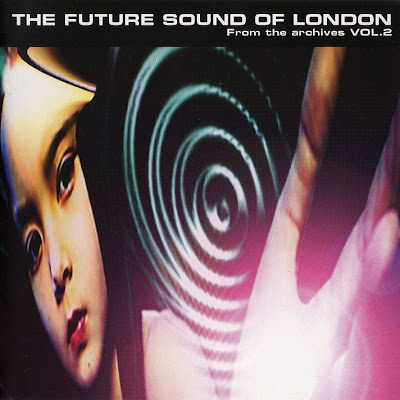 The third installment in an ongoing series. From The Archives is a collection of songs spanning the duo's 25 year recording career including rarities, remixes and previously unreleased recordings from FSOL's archives. Future Sound of London are one of the most respected international experimental ambient outfits, incorporating elements of many styles into their musical stew: Techno, Classical, Jazz, Hip Hop, Electro, Industrial and Dub are just a few of the aural touchstones that are often felt if not heard in their expansive, sample-heavy tracks.17 tracks including the highly sought after 'Space Squids' and many more. 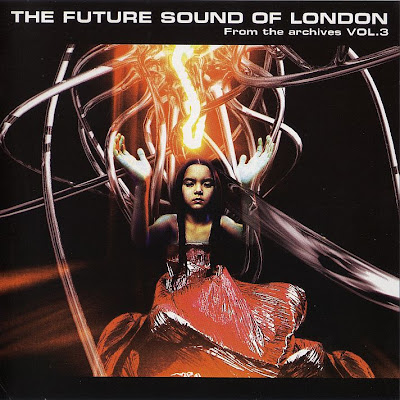 Yage, better known as producers of Ambient/Electronica duo Future Sound OfLondon. They have stepped out of the shadows to front this album, which sounds like World Musicmeets Psychedelia. From the deserts of the Middle East to the rain forests of Brazil, Woodsman Of Oldcontains odd rhythms and melodies like you have just entered a hashish bar in Morocco. The albumfeatures Propellaheads' Will White on three tracks. This is extremely good music, to be played when you have time to savor it, because there is a lot going on and too many opportunities to hear a track without really "hearing" it. Yeah it's dark and, at times, VERY dark. But this is not what I would consider a bad thing by any stretch. 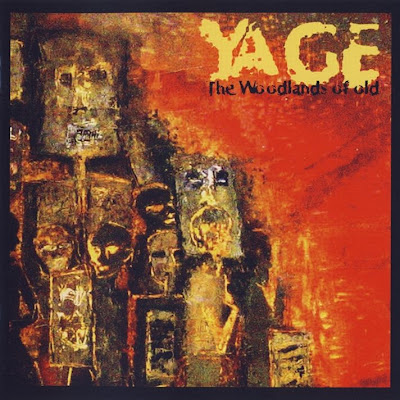 just a heads up:
all the 'Amorphous Androgynous' links are dead.
i'm very interested to try out some of there archive stuff. i haven't heard any of their material for a while.

Hello Peter
Ah well i didn't check them, didn't add re-up before it, now I have as all have been re-upped just now, so take them when they are hot...

As an avid follower of your blog, I was not at all surprised, but a wee bit disappointed to see the AA links had died again.

Would it be a massive ball-breaker to ask you to put them up again? Don't worry if so.

I've been reading your posts pretty much since you started posting and your taste remains as excellent as ever, so thank you!

Hi Rho, Inertia from Oz again! Would love a re-up of flac versions of The Future Sound Of London Life Forms and Life Forms II please.

Confusing requesnt here Inertia,what is it that you want, please from the original posting page to avoid confusing

Hello Rho,
would you please re-up the AA in flac if possible.
Thank you very much for your phantastic work!!!

There's no AA on this page Elmar, i don't re-up previously listings so if you want AA go to the page i posted these

I know it's been less than a year, but would LOVE to see more FSOL re-ups, particularly the "From the Archives" - much love and thanks in advance

I also would love to see more FSOL... and since it's now much more than one year, please re-up these. Thanks in advance.

Many thanks for the re-up!
Did you also re-up the Yage album? That link doesn't work for me.

for info, the Yage re-up gives file not found. Thanks

Many thanks for the Yage re-re-up. And a Merry Xmas!