Hello, well winter is slowly retreating but not without dropping a shitload of snow over NW and middle Europe as final goodbye for this year, those global warming 'profits' are in danger now. Even the windfarm and solarindustries are under pressure from the energy giants pushing their fucking fracking solution and now the Japanese look to have found a way to harvest the "immense carbon reservoir", sizewize twice all other known fossil fuels on earth, looks like the bad old boys are hell bent to keep the earth burning, fuck those clean renewables, new age hippie shite, meanwhile those dummy politicians will do anything to please their nasty multinational paymasters. My advice, do as much as you can do to become energy independent there's options for every wallet.

Last week I introduced Adham Shaikh, that was his early work, this week his more mature work.  ..N'joy..

Adham Shaikh is a composer, producer and sound designer currently living near Nelson, BC. He has released 10 albums and many individual compositions, among them the 2004 release, Fusion, which was nominated for a Juno Award (Canadian Grammy) in the World Music category. Music labels from around the globe have released his music, recently, Shaikh co-produced and mixed the award-winning debut CD for global fusion group Delhi 2 Dublin, and has finished re-mixing tracks for internationally renowned world fusion artists Nickodemus, Deya Dova, Kaya Project, Tripswitch and David Starfire.  Operating from his Sonicturtle Music Studio, he is currently at work on a number of multimedia projects while actively recording and composing his next albums. In 2010 he released Universal Frequencies followed by Resonance - Selected Ambient Works later that year. In 2012 Refractions - Universal Frequencies Remixes Vol. 1  ‎saw the light.

Working from his mobile Sonicturtle Studio as a sound designer / composer Adham has worked on Disney's IMAX film, 'Sacred Planet' as well as on the CBC's Passionate Eye documentary, 'Secrets'. In addition, Adham has done multimedia work on a number of projects including ones for a Texas Water Rehabilitation Project, BC Fisheries, Hedley Mine (Cone House) and the Vancouver Opera. His music has also been featured in the CBC documentary with Canadian environmental scientist David Suzuki called 'Suzuki Speaks'; in the feature film, 'Let It Ride', about world-renowned snowboarder Craig Kelly; in Greg Stump's 'Aspen Snowmass' film; as well as in several episodes of Fuel TV (USA).

Ekko is lead by Adham Shaikh, Centripetal is an incredible disc of audio bliss where organic blends with synthetic--from soothing atmospheric passages to delicious tabla workouts. Most striking about this release is the amount of care that has obviously gone into it. Notable first is the packaging, complete with detailed liner notes, but it's the music itself that matters most. Ekko initially came together in the spring of 1997 and impressed Interchill founder Andrew-Ross Collins so much that he knew they had to record an album. The musicians-A. Larouche (with his unique 37 string Stikharp), E. Shankar (who studied tabla for 3 years in India), Kenyon Fields (guitar, bass, and a plethora of percussion), and Shaikh (the "Gizmo Guru"; keyboards, sampling, and programming)-started by jamming and improvising for a week, then Shaikh spent many months thereafter honing the 18 hours of recorded material down to the length of a CD. The result is an essential release for anyone into ambient, dub, downtempo, world, or even experimental music. 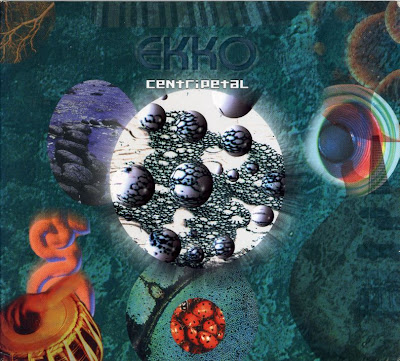 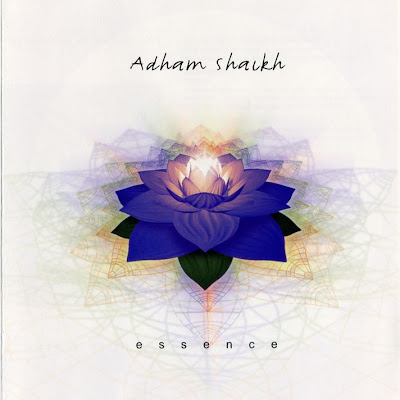 Actually, “ascent” makes a better adjective – Shaikh’s dancefloor is sacred space. Creating credible loops is a difficult chore for software-derived rhythms. He does an amazing job at making them worthwhile, even at such drawn-out lengths. Repetition, as he knows, is the key to trance; to engage fully in the ritual of music, a base foundation must be declared by drums. This element is derivative of most international folk forms: qawwali, gnawa, santeria, dub, rituals of varying shades dependent on extensive, extended forays into architectural cadence.

This album will please psychill, chillout, ambient and maybe even trance fans with a great mix of all these genres. The great thing is that unlike the majority of producers Shaikh uses real instruments on most of these tracks and mixes them in with the rest. 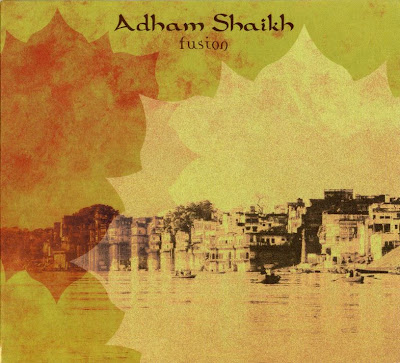 Hey Rho - a re-up of Adham Shaikh would be brilliant if possible. Thanks and many thanks for your efforts. Cheers.