On a side note how are my hosts, Netkups, Filecoud.io and for ogg, Smashupload serving you ? Any problems i'd like to know.

The birth of his path dates back to the vibrant cultural paroxysm that was Detroit in the mid to late 80′s which choreographed a timeless blueprint thats true soul is easily recognisable in any performance or release that’s made its way from his world.

Now even though he’s confessed that much of that segment in his life has been pseudo-erased, unintentionally or otherwise, it delivered the infrastructure that supported the exposure for ‘The Autonomous Music Project’, sub explorations with Echospace/CV31

I think that viewing my sound outside of a musical context was profound and liberating.  I don’t consider what I do music.  Maybe more sound design.  I really never wanted to create music.  In fact… I always pondered if I was a music hater, or a music lover.  Probably a music hater.  I view what I do as creating soundscapes for stimulating higher thinking.

20 years ago, I was involved with the Hare Krishna’s.  I would chant at the temple everyday.  I loved this and looked forward to it.  It’s all I wanted to do.  I would go into the temple, and start chanting the mantra, and about 10-15 minutes into it, something would snap in my brain.  Chanting this loop over and over caused a profound positive change in my head.  My system was flooded with endorphins, and I had a euphoric sensation like floating in space.

Honestly, right now I’m most into field recordings.  It’s almost all I play in my home.  I carry a small wav recorder with me everywhere, and record whenever I can.  I like playing these all day around the house while doing other things.  Like the Tokyo recordings in Liumin and the Amsterdam recordings in Hash Bar Loops.  It’s better than photos for recalling a place.  But it’s an acquired taste.

So, with all this in mind, Modell’s interest in a wider world of audio and inclination towards analogue processes can be seen as properly “organic,” sprung not from passing fad but from enduring love of sound in itself, miles from the abstracted template fetishism of minimal.

Channel Modell: in the 80s/90s there was electro-acoustic experimentation – musique concrète, 4-track adventures in lo-fi and field recordings, dabblings in industrial soundscapes and installation work. This issued in the likes of v1.0-1.9 (Silent, 1996), which explored the impact of sound on the human psyche using earth frequencies from NASA, microwave, paranormal recordings, field recordings and both analogue and digital synths to create an esoteric dark ambient opus. 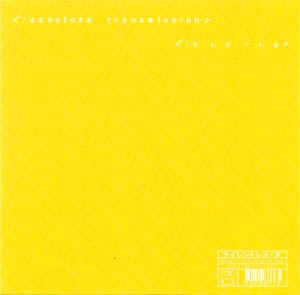 Sonic Continuum is a set of deep, lush minimalism from Rod Modell and Michael Mantra. The CD has two long-form compositions, each over 35 minutes. This is a different kind of organic ambience. Modell and Mantra build dense atmospheres from walls of sound. The walls consist of drones and samples interwoven with atmospheres. It is an exponential sound design; Modell and Mantra are using the atmospheres to build the atmospheres. This somewhat enigmatic soundworld is hypnotic and psychoactive. The disc is "an auditory gradient for changing states (and) is dedicated to the spiritual liberation of all sentient beings." This is best when experienced in solitude with headphones. 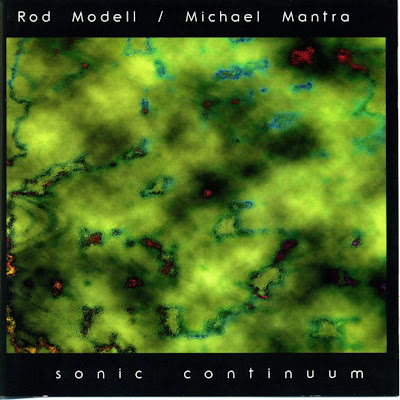 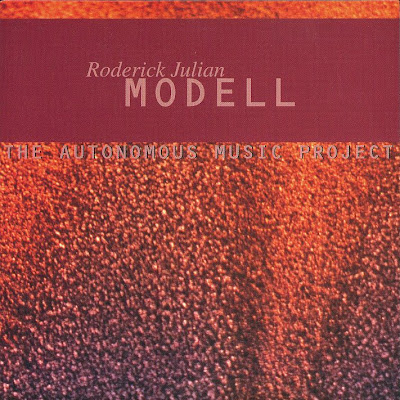 Netkups working fine for me, actually. Since you asked. Thanks for all you do.

The Waveform Transmission links are down, (the flac one due to inactivity). Could you please, please reup them. This would be very nice of you.

Your Blog is wonderfully rich in astounding discoveries, thank you a lot!

Hello Daniel, glad to hear you enjoy discovering music here. I suspect it comes as no surprise that this page gets some feedback after linking to it last week. Anyway i decide to re-up the other 2 postings here to, so N'Joy !

Any chance I could request that you re-upload Rod Modell's 'The Autonomous Music Project' in FLAC?

Thank you for everything, Rho!

please rer-up these when you have a chance. best regards, thank you.

Can't get enough of this stuff... last one, please re-up these as well (sorry to seem greedy). Cheers!

Just a single re-up request this time, Rho - many thanks again

I like Rod Modell's music a lot. Can you possibly reup the expired links again? The last request was done a year ago. This is my second request of the week.

Thank you and have a good rest of your weekend.

...I have listened to these ones on youtube before and they are amazing too. So thank you for sharing them.