Hello, Aetix time in the spotlight today a very busy body who has produced 30 something in albums in the 34 years he's been on the scene, clearly the man doesn't need any extra stimulus and i suppose he ain't someone to chill out with. Elvis Costello, to be honest here, after his first four albums that came in rapid succession I kinda lost sight of him as there was so much more and I dislike those intellektual fans that made him their hero, never liked pretentious people waring those silly glasses either. Anyway here today are his first albums, that said i deliberately omitted the best seller, This Years Model, who wants to go to Chelsea anyway ?   Njoy...

Elvis Costello was as much a pub rocker as he was a punk rocker and nowhere is that more evident than on his debut, My Aim Is True. His sensibility is borrowed from the pile-driving rock & roll and folksy introspection of pub rockers like Brinsley Schwarz, adding touches of cult singer/songwriters like Randy Newman and David Ackles. Then, there's the infusion of pure nastiness and cynical humor, which is pure Costello. That blend of classicist sensibilities and cleverness make this collection of shiny roots rock a punk record -- it informs his nervy performances and his prickly songs. Of all classic punk debuts, this remains perhaps the most idiosyncratic because it's not cathartic in sound, only in spirit. Which, of course, meant that it could play to a broader audience, and Linda Ronstadt did indeed cover the standout ballad "Alison." Still, there's no mistaking this for anything other than a punk record, and it's a terrific one at that, since even if he buries his singer/songwriter inclinations, they shine through as brightly as his cheerfully mean humor and immense musical skill; he sounds as comfortable with a '50s knockoff like "No Dancing" as he does on the reggae-inflected "Less Than Zero." Costello went on to more ambitious territory fairly quickly, but My Aim Is True is a phenomenal debut, capturing a songwriter and musician whose words were as rich and clever as his music. 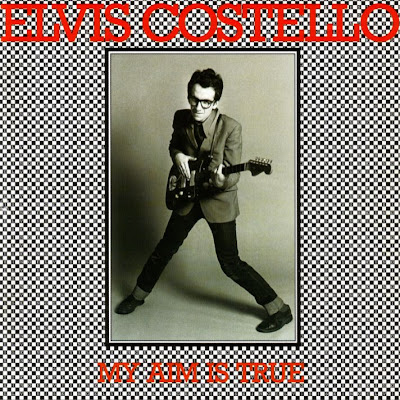 After releasing and touring the intense This Year's Model, Elvis Costello quickly returned to the studio with the Attractions to record his third album, Armed Forces. In contrast to the stripped-down pop and rock of his first two albums, Armed Forces boasted a detailed and textured pop production, but it was hardly lavish. However, the more spacious arrangements -- complete with ringing pianos, echoing reverb, layered guitars, and harmonies -- accent Costello's melodies, making the record more accessible than his first two albums. Perversely, while the sound of Costello's music was becoming more open and welcoming, his songs became more insular and paranoid, even though he cloaked his emotions well. Many of the songs on Armed Forces use politics as a metaphor for personal relationships. It's a dense but accessible pop record and ranks as his third masterpiece in a row. 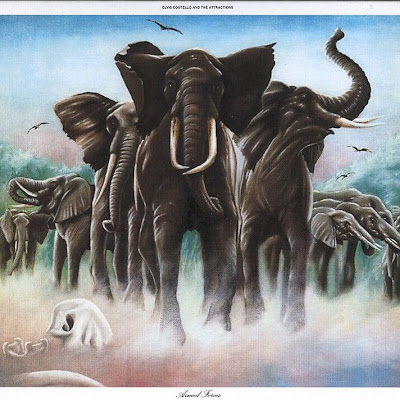 Get Happy!! was born as much from sincere love for soul, it resulted in a 20-song blue-eyed soul tour de force, where Costello doesn't just want to prove his love, he wants to prove his knowledge. So, he tries everything, starting with Motown and Northern soul, then touching on smooth uptown ballads and gritty Southern soul, even finding common ground between the two by recasting Sam & Dave's "I Can't Stand Up (For Falling Down)" as a careening stomper. What's remarkable is that this approach dovetails with the pop carnival essayed by Armed Forces, standing as a full-fledged Costello record instead of a genre exercise. As it furiously flits through 20 songs, Costello's cynicisms, rage, humor, and misanthropic sensibility gel remarkably well. Some songs may not quite hit their targets, but that's part of the album's charm -- it moves so fast that its lesser songs rush by on the way to such full-fledged masterpieces as "New Amsterdam," "High Fidelity," and "Riot Act." Get Happy!! bursts with energy and invention, standing as a testament to how Costello, the pop encyclopedia, can reinvent the past in his own image. 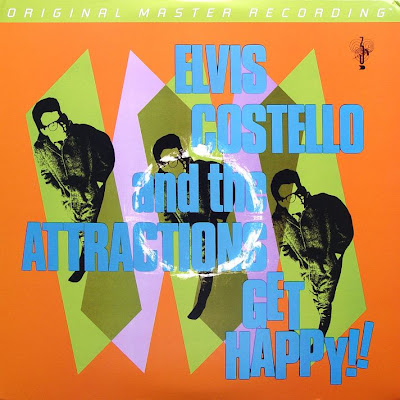 Elvis Costello and The Attractions ‎- Get Happy!! (flac  280mb)

Hi Rho,
I would really appreciate you update the links to Elvis Costello's "Get Happy".

Thanks a lot in advance ...

Hi Rho,
thanx for the music. And please re-up our friend Elvis.
Coolio

Isn't Green Shirt one of the great underrated rock songs?

Perhaps a re-up of these as a compliment to the recent EC post?

Inspired by the recent re-up of some of Elvis Costello's albums, I'd like to ask for a re-post of these ones please!
Thanks.