Hello, today the 75th post of Goldy Rhox, classic pop rock. In the darklight today a UK seventies prog rock band, their name was derived from the "ship of the desert". As a result of a business agreement between the band and a cigarette company, the 2nd album's cover art very closely resembles the cover of its cigarettes packet.  Later it got them into some trouble as smoking got increasingly frowned upon, specially in the US and the writer Paul Gallico actually sued them after they used one of his stories as inspiration to their 3rd and instrumental concept album.

The band has seen many changes and by 81 the only one left of the starting line up was guitarist and flutist Andrew Latimer who has been the only constant factor in the decades that followed. 2003 saw their farewell tour , Latimir meanwhile had been falling ill preventing release of new material, these days he's doing better again so who knows... The band has spawned plenty of tribute bands. 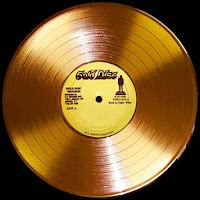 Todays mystery album was released in March 1976 . It was their fourth album and the last to feature the band's original line-up (Latimer, Bardens, Ferguson, Ward). After the success of the instrumental The Snow Goose in 1975, the band added vocals to their music again.

The album has an overall theme, just as their previous one did, but doesn't follow a storyline since it's mostly based on the band members themselves. Overall, the tracks comprising the album were conceived as a loose concept based on the individual personalities that made up Camel; "Air Born" about Andrew Latimer, "Lunar Sea" about Andy Ward, "Chord Change" about Peter Bardens and "Another Night" about Doug Ferguson. It's cover was designed by Field. It was to be the last album recorded by the original line-up.

In the Q & Mojo Classic Special Edition Pink Floyd & The Story of Prog Rock, the album came number 23 in its list of "40 Cosmic Rock Albums". Here in the remastered extended version.

I am a great fan of classic pop rock.Thanks for sharing!

Ah yes Camel it is!
No butts about it.
Regards
ED