Hello, Beats is having a Chilean German in the spotlight today, Ricardo Villalobos. Njoy !

I Think I should leave the introductions over to the artist himself..

“At the age of three I moved to Germany. There was a military coup [General Augusto Pinochet overthrew the democratic government of Salvador Allende in 1973] and we had to go, it was a forced situation. My mother is German so that was an easy decision. I found Germany to be very nice. For sure it was complicated, and I had problems with the culture and the language at first, but after a while I found out how to behave in Germany, how to fix those problems, and then it was really cool. My whole family is extremely musical. My Uncle, my Grandma, my step-Mother… it is called a family parra; a traditional, musical family. Also around me was a collection of scientists, mathematicians; my Father and Grandpa. It was a complete division between mathematics and music. Now, I hear some people saying that music is like ‘the mathematics of feelings’. I believe there is something like a brotherhood between music and mathematics.”

As far back as the early '90s, Ricardo Villalobos began building an impressive discography of 12" releases on respected dance labels like Playhouse and Perlon, and around the turn of the decade he was one of the most revered producers and DJs in dance music. In his youth, the Chilean-born Villalobos moved with his family to Germany in order to avoid the military dictatorship of Pinochet, and he eventually fell in with the country's fertile house community. A minimalist at heart, he trotted the globe to study percussion in order to apply his knowledge to his productions, which almost always sound remarkably expansive despite their simplicity. In addition to his own solo material, he has recorded with fellow expatriate Dandy Jack as Ric y Martin and with Luciano as Sense Club; additionally, he has taken part in Markus Nikolai's Hombre Ojo project. Two excellent mixes -- 2002's Love Family Trax and 2003's Taka Taka -- were released as his profile was significantly increasing, but the apex of his career was Alcachofa, a 2003 full-length released on Playhouse. A second full-length, Thé au Harem d'Archimède, arrived on Perlon in 2004 and was nearly as astonishing as its predecessor. Long-form releases that followed include the double 12" Achso (Cadenza, 2006), the two-track/72-minute Fizheuer Zieheuer (Playhouse, 2006), the compilation Salvador (Frisbee Tracks, 2006), the Villalobos-production-centric mix Fabric 36 (Fabric, 2007), and Vasco (Perlon, 2008). In 2011, Villalobos released Re:ECM, in which he and fellow electronic producer Max Loderbauer rework tracks from such artists as Arvo Pärt, Miroslav Vitous, Bennie Maupin, John Abercrombie, and others.

It's wholly appropriate that this album is titled Alcachofa (artichoke). Ricardo Villalobos is like an artichoke -- a more subtle fruit that's consumed by peeling off its fleshy leaves and delicately skimming the pulp off the inner surface. Out of all the microhouse producers, Villalobos is the one who has thrived the most on skeletal structures and the slight but all-important subtleties that accompany them. That continues here, with burbling, spacious constructs swarming all throughout your headspace. Unlike most house, there isn't a great sense of redemption, spirituality, or joy in Villalobos' productions. Besides as tracks that are destined to be caned during DJ sets, they are also more likely to be utilized in home-listening settings. Villalobos could've easily thrown together a compilation of previously vinyl-only highlights -- from releases on Perlon, Playhouse, Lo-Fi Stereo, Frisbee Tracks, and others -- that would've made for one of the best dance full-lengths of 2003. Instead, he came up with this almost entirely new set, and the result is exactly the same. He is in complete control of his machines at all times, and he makes them do strange things that no one else can. Pitchfork Media placed Alcachofa at #165 on The Top 200 Albums of the 2000s. Resident Advisor voted Alcachofa at #1 on the Top 100 Albums of the 2000s. Stylus Decade placed Alachofa at #73 on the Top Albums of the 2000s 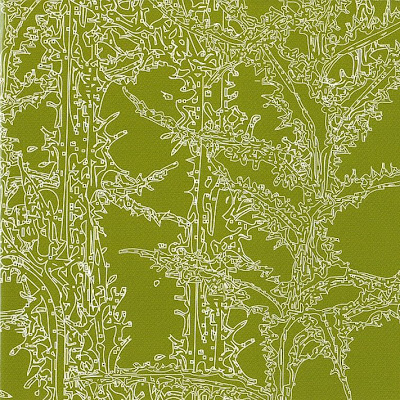 Thé Au Harem d’Archimède feels like a baffled-hand answer to the anthemic status of Villalobos’ 2003 tracks “Easy Lee” and “Dexter”. There’s nothing here that’s quite as catchy or instantly navigable - and that’s not negative. On Thé Au Harem d’Archimède, Villalobos shifts from overt to covert. He’s still the master of the slow crawl, but everything’s under water or glass. It’s an album that plays more with the soft impact of slowly mutating percussive patterns, bowel-tremor bass that spreads like an oil slick over the surface of your body, and the occasional odd flash of colour: In “Hireklon”, pattering handclaps and a moody set of pulsations are interrupted by the ill-logic of atonal acoustic guitar that sounds. It’s a startling moment precisely because it works so well.

There’s a real pleasure in these gelatinous, liquefied forms, even at their most reduced and flushed-out. At its weakest, Thé Au Harem d’Archimède sounds like crib-notes for Alcachofa  but more often than not, it extrapolates other fields of possibility, stringing together a series of plateaus, extending the ideas that Villalobos sent forth in his early 12”’s for the Perlon label. For all the tension built into Villalobos’ music, it rests perfectly. 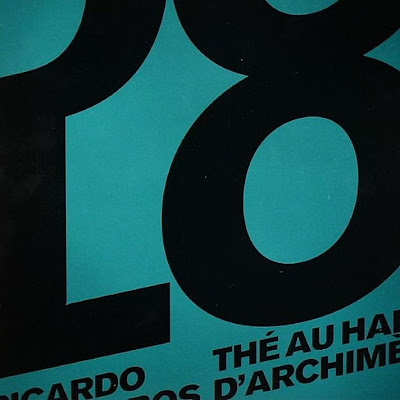 The 36th volume in the popular Fabric series of DJ-mix CDs is unique. Mixed by Ricardo Villalobos, the CD is comprised entirely of new, nowhere-else-available tracks produced either by the iconic Chilean/German DJ alone or with a collaborator. So, in a way, Fabric 36 serves as both a DJ mix as well as a new studio album. The tracks are spare, multi-layered, and ever-changing. In fact, without the track numbers it can be tricky to pinpoint where the transitions are from one to the next -- a very fluid, engrossing mix this is, to such an extent that the entire CD feels like one long track that ebbs and flows (and unfortunately growing quite dull during the seemingly never-ending 12-minute "Andruic and Japan" halfway through). Fans of Villalobos (especially cultists) will find plenty to enjoy here; on the other hand, fans of the Fabric series (rather than of Villalobos himself) may find this particular volume too esoteric for their taste. Either way, Fabric 36 is a welcome entry in the discography of Villalobos, whose studio output had slowed considerably in recent years as his renown grew to iconic status and his in-person DJing consequently grew in demand. While Fabric 36 is neither on a par with Villalobos' best DJ mixes (Taka Taka, 2003) nor his best studio albums (Alcachofa, 2003), it's an outstanding effort nonetheless and should be of interest to anyone who enjoys creative electronic dance music, particularly of the minimal variety. 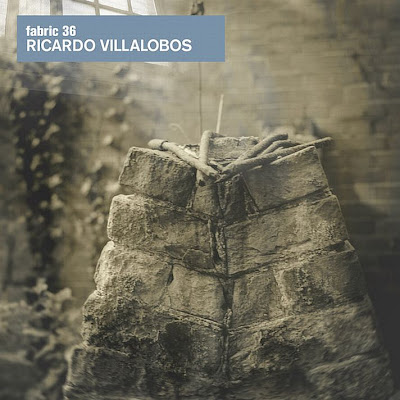 Just a couple months prior to the release of Alcachofa, his first production-oriented full-length, Ricardo Villalobos put out his second mixed set of lustrous house goodness. Much more varied but just as steadily flowing as Love Family Trax, Taka Taka is as winning as Dan Bell's The Button-Down Mind Strikes Back!, and it also sits alongside that disc and Tobias Thomas' Smallville as glowing showcases for microhouse circa 2003. Like those mixes from Bell and Thomas, Taka Taka is rooted in a particular production style, and throughout, that style is linked to a series of minor but unexpected deviations that make for some of the most exciting moments. Take, for instance, the way Brothers' Vibe's "Años Libre"  is melded into the cold metallic waves of Vainqueur's "Elevation 2" for over four minutes. Shortly after "Años Libre" evaporates, Walter Jones' deep house track "All God's Children" rolls in with a punishing human-drummer beat that's eventually joined in tandem by a programmed one. This frenetic shake-up eventually gives way to another brick of quirked-out microhouse, including tracks from Villalobos, False, and Luciano, but the set winds up being capped off by a trio of productions that fall in line with more traditional, full-bodied, less-clipped house -- all without falling victim to overtly sophisticated smoothness. Those who have been privy to Villalobos' turntable performances should be easily won over by this natural display of slick selection-making and mixing. There are few in his realm. 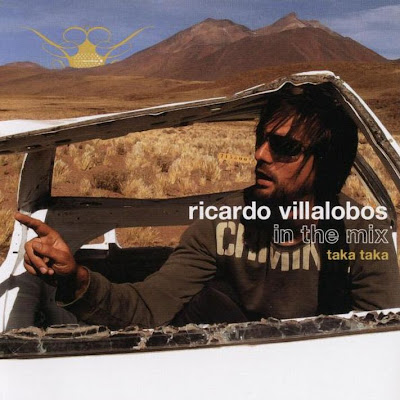 Sure Zarapastro it's back up now. N'Joy

Hello again, Rho! I hope you're having a good day!

Would it be possible to re-up Villalobos ‎– 'Alcachofa' in FLAC, please?

Thank you for your consideration!

Thx u guys , I need to know ur attitude about this dj pack
have someone ever used packs from them?
www.lucidsamples.com

Dear Rho, would it be possible for you to re-upload this wonderful collection of Ricardo Villalobos from way back in 2012? (Or, if at all possible, the "Alcachofa" work alone?)
Would you have resource to Villalobos' work "Fizheuer Zieheuer" (2006)?
Once again, thank you kindly for all of your lovely, admirable work!

Wow nice blog, thanks for sharing this article, i will bookmark this website so that i will read some posts again.

ALSO SEE:
How Katsina
Was
Originated
From Nupe
People


SEE ALSO:
Top 10 Richest Kids In
Nigeria And Their Net
Worth