Hello, ready for some oxygen ? Some recycled CO2 ? Those trees really have it in for us, previously they controlled the world and had us in the shade and ensnared between their branches until..grass came along. It learned how to cut the competition for sunlight back a hole lot of nodges and then there was room to roam across our Earth. Without grass..no humans so why can't we smoke it ?

From Africa or Eastern Europe, from pygmies to nomads, the human visions brought to us by Deep Forest have helped greatly in narrowing the musical gap between the hemispheres. In the North of France, Deep Forest's homeland, sheltered from sight and far from worldly concerns, a true communion has sprung up between ethnic songs and instruments on the one hand, and accordion, piano, synthesisers and high technology on the other.

Michel Sanchez came up with the idea of mixing the native Baka pygmy spoken word with modern music after hearing on-site recordings of these tribes conversing. Along with Eric Mouquet they created the project Deep Forest. Their first self-titled album (nominated for a Grammy) was released in 1992, with "Sweet Lullaby" being the smash single which would put Deep Forest on the musical map (UK Top 10 hit). The song "Sweet Lullaby" is adapted from a traditional song from the Solomon Islands. The album Deep Forest was dance-driven and the samples were heavily digitised and edited. It was re-released on a limited edition in 1994 as World Mix.

For their second album Boheme, Eric and Michel left behind the sounds of the forest and ventured into Eastern Europe bringing tender, lonesome Hungarian and Gypsy chants with upbeat, yet sad, music. Due to this shift, Dan Lacksman (from Telex, producer and sound-engineer of the first album) decided to go his separate way and continued working on other projects like Pangea. The chants were no longer brief, instead extended phrases had been sampled from Hungarian, and Russian. Hungarian singer Márta Sebestyén and Kate Petrova performed on this album.

The follow-up third album, Comparsa, contained Spanish chants and sounds. The music is often upbeat and celebratory. The last song from the album Media Luna, which was also released as a single, features a duet of Syrian and Spanish singers Abed Azrei and Ana Torroja.The duo collaborated with Joe Zawinul on the song Deep Weather during the recording of the album. Also Jorge Reyes (late Mexican musician), collaborated in this album with percussion, vocals and the flute.

A recording of their live concert in Japan was also released on a CD called Made in Japan. Although all the songs featured in the show are from the previous three albums, they have new often-longer arrangements and all the chants are performed and reinterpreted by live performers. In December 2000, Deep Forest composed a soundtrack for the French film Le Prince du Pacifique. The album, entitled Pacifique, is a return to a more ambient and melancholy sound, with piano themes riding above moody synth textures, Pacific Island chants, scratchy synth-leads and electronic drumming.

Music Detected was the title of their fifth much-anticipated official Deep Forest album which saw the duo turn its attention to the Far East and the Orient for inspiration. It also signalled a change in musical style for Deep Forest, from dance to a more rock-influence. In 2004 the duo composed a soundtrack for the Japanese film Kusa No Ran. A remix of "Sweet Lullaby" was also used for the viral hit "Where the Hell is Matt?"

Both Sanchez and Mouquet have worked over a variety of side-projects and solo albums. Sanchez has two solo albums out and produced Wes' successful debut album; while Mouquet created the group Dao Dezi, collaborated with Catherine Lara and arranged Thorgal, he composed and produced songs for Ana Torroja (Mecano), Jean Sebastien Lavoie, and composed and produced songs for Josh Groban. In 2008, while Michel Sanchez decided to run his own career as a singer, Eric Mouquet decided to continue to compose and to keep Deep Forest alive. He is now preparing three albums in the Deep Forest first album style, Deep Brasil (2008), Deep Africa and Deep China. All these albums are grouped under the generic name of Deep Projects. 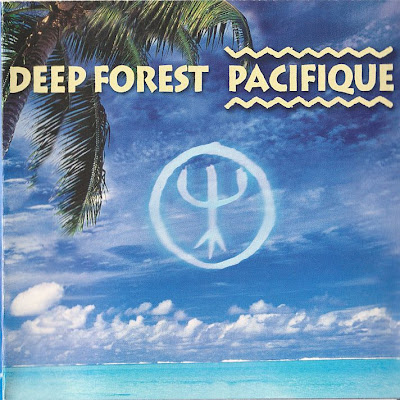 On this Music Detected their trademark samples are nowhere to be heard; the group have worked in live conditions, giving priority to lyrics, David Fall's solid drum work and raging guitars. While their powerful electro world-beat is still in evidence, it now provides a driving force for genuine songs. There is still plenty of experimentation, especially on "Elemental", where the Southern accent of blueswoman Beverly Jo Scott blends admirably with the lyrical flights of a Turkish singer. Another example of cross-fertilisation is provided by "Will You Be Ready", where the voice of Angela McCluskey (Telepopmusik) merges with the delicate tones of Chitose Hajime's Okinawa. On "Endangered Species" (the first single taken from the album), Eric Mouquet's vocoderised vocals pay tribute to Kraftwerk in yet another cross-genre experience where his robotised voice joins with singing from Bulgaria's Stefka Iordanova. 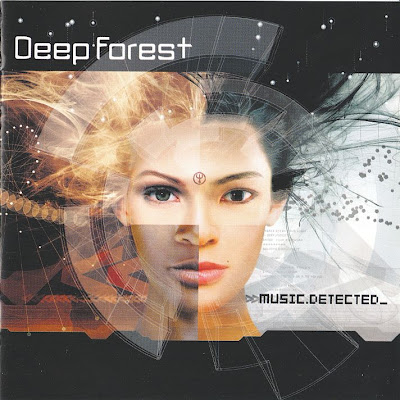 Deep Forest make a return to film scoring for ‘Kusa no Ran’ (Rebellion of the Grass), a historical account of the 1884 revolt in the Chichibu region of Japan. The soundtrack was released August 21st, in Japan only, followed by the first public screenings of the movie, September 4th.

The album is very instrumental, with the piano being the instrument of choice, found in over half of the songs. The only song with vocals is the theme ballad, Eternal Dream. The beautiful melody of Eternal Dream, which can also be heard on the opening track Haruko Haru Chichibu, includes the soft Japanese vocals of Lyrico. This song more than any of the others, is reminiscent of Mouquet’s pop projects with Ana Torroja and Chitose Hajime.
The remainder of the soundtrack is very different, there are small elements of classical, pop, and new age music. The ethnic presence that Deep Forest followers have come to expect is not nearly as salient as in past albums. What Indigenous influences are there can be heard in the bass, and many times dark, tribal percussion on tracks like Kusa no Koe, the faster tempoed Kusa no Koe II and Konran.

A majority of the songs are interludes, one to two minutes on average, with the sense that each song was created for a specific scene rather than to be listened to alone. In contrast with Pacifique, where the songs were developed beyond the movie to the point that one might not have even realized it was a soundtrack, the Kusa no Ran soundtrack is much more dependent on the imagery of the film. 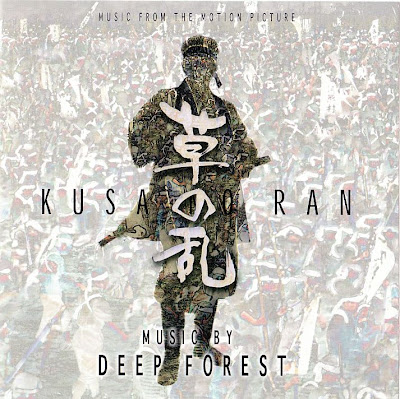