Hello, Aetix time again with a band who really made the eighties core of their existance, releasing ten albums and ten singles in ten years between 79 and 89 and then disbanded. Which band am I talking about, well Felt and in two posts I will honour their existance

The first Felt single, "Index," was produced by Hayward alone in his bedroom on a portable cassette player; released in 1979, its primitive, impressionistic sound stood in stark contrast to the sleek solemnity of the new wave (as did Hayward's much-discussed "new puritan" stance, a rejection of alcohol, smoking and drugs), and as a result the record became the subject of lavish critical praise, leading to a contract with the Cherry Red label. Hayward then set about assembling a band, although Felt was clearly his project and his alone; in fact, his control was so absolute that according to legend, original drummer Tony Race was fired primarily because he had curly hair. After a series of roster shuffles, a steady group including guitarist Maurice Deebank and drummer Gary Ainge began to take shape.

The first string of releases through Cherry Red Records featured soundscapes dominated by the playing of classically trained guitarist Maurice Deebank and audible influences by Television and the Velvet Underground. For some reason despite critical acclaim and a #1 indie single ('Primitive Painters') they never made it big but even were denied major support from Wea Records (through Blanco Y Negro). In March of 1982, Cherry Red released Felt's debut full-length album Crumbling The Antiseptic Beauty. While the album received little notice commercially, it received high marks from the independent music press. Despite the critical success, the band underwent personnel changes. Tony Race, who had joined the group after it signed with Cherry Red, left Felt and was replaced by Gary Ainge.

The Splendour Of Four sound is mellow, melodic, understated, lovely . . . it's the instrumental passages that work best, not to detract from Lawrence 'Lawrence' Hayward's breathy, (Lou) Reedy vocals and beautifully imagistic lyrics. In March of 1982, Cherry Red released Felt's debut full-length album Crumbling The Antiseptic Beauty.In 1984, Maurice Deebank released a full-length solo album titled Inner Thought Zone also released on the Cherry Red label. Deebank, like Gilbert, did not like to be directed by Hayward. Their relationship as Felt group members had always been difficult because of their musical differences. Deebank decided to produce the solo effort to allow an outlet for some of the music he was forced to hold back while with Felt

Ignite the Seven Cannons was the follow-up LP to "Primitive Painters." The full-length LP was released in September of 1985. Guthrie produced the album with the 4AD formula, and The Cocteau Twins were at the controls. Afterwards, Deebank left the group, but Hayward found another skilled musician to replace him. Martin Duffy had filled in on keyboards for the album and joined Felt full time in 1985. While Felt played a few shows in support of Ignite the Seven Cannons, Cherry Red was busy releasing a compilation album. Felt's next album, Let the Snakes Crinkle Their Heads to Death, was issued in September of 1986 on the Creation label. Duffy's organ added a '60s sound that worked well with Hayward's songs.

Forever Breathes The Lonely Wordfound Hayward back at writing lyrics and crafting some of his best Felt songs. The album was released in fall 86 on the Creation label. The song "All the People I Like Are Those That Are Dead" became a favorite on college radio and is now considered a classic to Felt fans. Felt followed with two more LPs in 1988 on the Creation label: The Pictorial Jackson Review released in March, and Train Above The City in July. Felt's swan song was the full length LP Me and a Monkey on the Moon released in November of 1989 on the El label. Hayward had to move to Mike Always' El label because Creation was not able to release the album before Hayward's self-imposed deadline of ten years, ten albums.

On Crumbling the Antiseptic Beauty, there are hints of Felt's later English pop grandeur -- on the instrumental opener "Evergreen Dazed," for example, which (sans rhythm section) pits guitarist Maurice Deebank's cascading, euphoric noodlings against Lawrence Hayward's clear acoustic strums -- but overall this is a fairly primitive affair. There is a stripped-down psychedelic feel to certain tracks, with drums pounding out a tribalistic, rolling beat beneath Deebank's complex guitar runs and Hayward's obtuse vocals. Later in their career, particularly on 1985's The Strange Idols Pattern and Other Short Stories, Felt would finally curb all that minimalist atmosphere into three-minute pop gems (while maintaining their skewed, unconventional palette); here, however, the pieces are in place but the overall vision is still rudimentary. 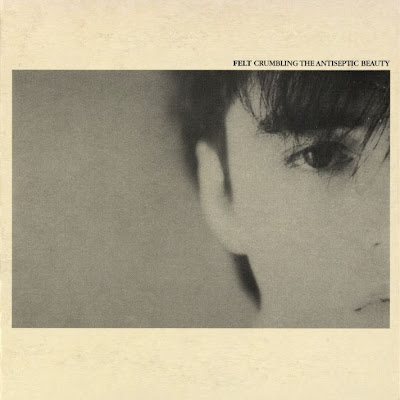 On The Splendour of Fear, the classically trained Maurice Deebank can unravel glistening guitar scales like nobody's business -- and Lawrence's obtuse vocal delivery certainly possesses an uncanny charm -- but this release can be monotonous at times, lapsing too often into meandering guitarscapes. The tone of the album is set on the first track, which opens with an extended dirge-like instrumental that finally gives way to Lawrence's vocals. The eight-minute-plus track "The Stagnant Pool" is a highlight here, simply because it seems purposeful -- with Lawrence's ominous vocals giving way to an emotional, melodic guitar jam that anticipates the later work of the Smiths' Johnny Marr. The cover art is taken from the poster for the 1966 Andy Warhol/Paul Morrissey film Chelsea Girls. 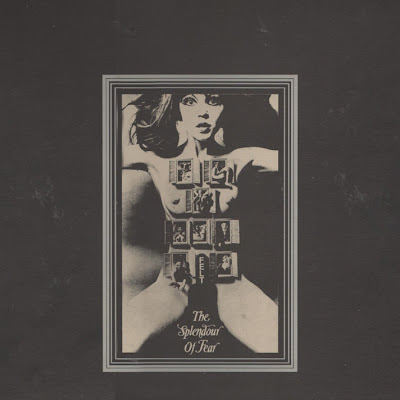 On The Strange Idols Pattern and Other Short Stories, Felt finally displays the band's own, distinctly English brand of elegant guitar pop. Guitarists Lawrence Hayward and the classically trained Maurice Deebank work against each other in breathtakingly cascading figures while Hayward drapes his deadpan vocal delivery across some shimmering bliss of tracks like. This is the pinnacle of Felt's Cherry Red catalog, evolving from the starker stance of the group's first two releases to a skewed yet gorgeous pop vision that eludes comparison. Producer John Leckie (XTC, the Stone Roses, the Fall) understands the source of the group's power and highlights the crisp, effects-free guitars chattering incessantly beneath Hayward's poetically charged lyrics. 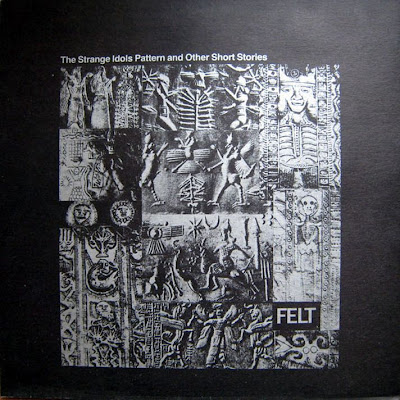 On Ignite the Seven Cannons, Felt brings in Cocteau Twin Robin Guthrie to produce, he brings along bandmate Elizabeth Fraser to add her typically ethereal vocals to "Primitive Painters" -- earning Felt a minor U.K. hit -- the collaboration doesn't work as well as one would hope. John Leckie's clear, simple production on the group's previous album, The Strange Idols Pattern and Other Short Stories, highlighted the shimmering guitar work and infused the album with odd yet breathtaking beauty. However, the guitars are deeper in the mix here, at times buried beneath Guthrie's atmospheric production and the addition of keyboardist Martin Duffy (later of Primal Scream). Lawrence Hayward has noted that this album sounds different than other Felt albums because Guthrie simply did what he did with the Cocteau Twins. 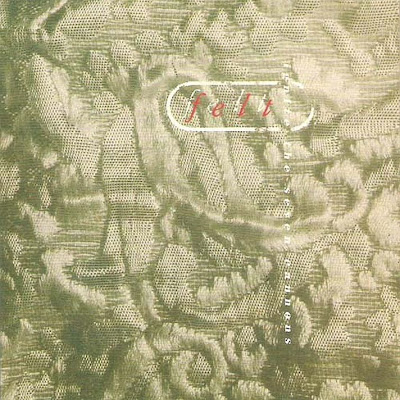 searching hi and low for these and they are gouging on amazon. any chance of a re-up for the flac of *crumbling beauty *strange idols & *seven cannon?

strange idols and 7 cannons links are dead...any chance of re-up?thanks in advance!

Hi Rho, please re-up Stone Roses and Felt in one of your next posts - thanks!