Hello, Aetix time again with a band who really made the eighties core of their existance, releasing ten albums and ten singles in ten years between 79 and 89 and then disbanded. Last week i posted 4 mini/albums and this week I do the same measning that 2 88 albums, Train Above The City and The Pictorial Jackson Review will have to do with just the mention here, the rest is all there to 'test'.

Forever Breathes the Lonely Word is almost too perfect a pop masterpiece -- upbeat, succinct, and wildly catchy -- with the only out-of-place element being Lawrence Hayward's vocals. That's not a drawback, though -- the imperfect vocals give the album just the kick it needs to stand apart from the rest of the flock. It may be overstating the case to say that the album laid the groundwork for a lot of pop music that followed, but the sound was certainly influential in certain quarters, and considering the success of some of those followers, the fact that this album wasn't a hit may be all the proof you need of the injustices of the music industry. 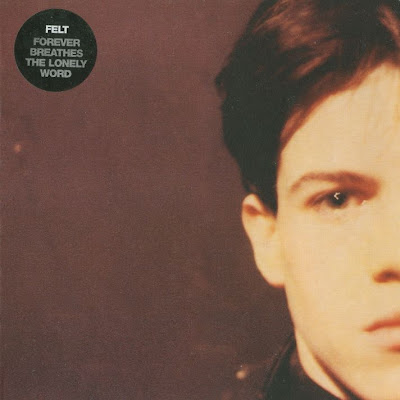 Felt's other instrumental album, Train Above the City, was created without the involvement of frontman Lawrence (beyond the naming of the songs), but with Let the Snakes Crinkle Their Heads to Death Lawrence got in on the act, authoring or co-authoring nine of the ten brief instrumental tracks and playing guitar. Without a doubt the most minor, record in Felt's catalog, Let the Snakes... sounds like backing tracks awaiting vocal overdubs. No memorable melodies or interesting textures fill the void created by the absence of vocals, and as a result most of the compositions seem unfinished. 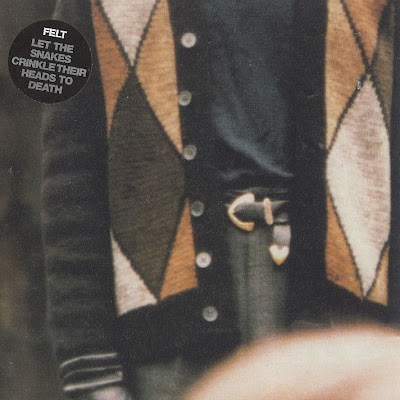 Red Krayola leader Mayo Thompson took over the producer's chair for this mini-album, but the sound was very similar to Felt's masterwork of the year before, Forever Breathes the Lonely Word. Focusing on the contributions of keyboardist Martin Duffy (who'd become singer Lawrence Hayward's main instrumental foil after the departure of guitarist Maurice Deebank), Poem of the River once again offered rich, organ-enhanced folk-rock topped with Hayward's droning but expressive vocals. It's a successful combination, especially on short, sharp tracks like "Stained Glass Windows in the Sky." The seemingly endless organ solos on "She Lives by the Castle" and "Riding on the Equator" dilute the impact somewhat, although the tunes themselves are attractive. Meanwhile, though Hayward drops an evocative line here and there, there's nothing as front-to-back strong lyrically as "All the People I Like Are Those That Are Dead," a gem from the previous album. But overall, Poem was far more than a stopgap between albums. 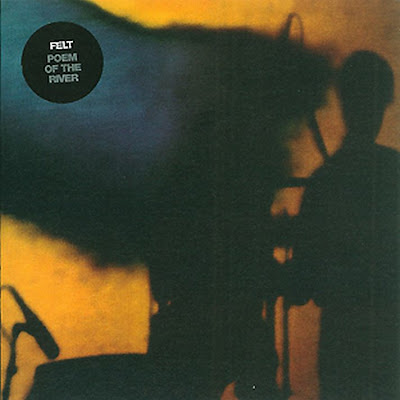 Felt's main man, Lawrence, had a plan. Ten years, ten records, then break up the band. This is that tenth record and Felt goes out on a high note. Me and a Monkey on the Moon is the most musically accomplished and personal record of the band's career. It is emotional, funny, and loaded with memorable melodies, some of Lawrence's best. Felt always came across as incredibly remote and icy. The sound was sparse and jagged, the lyrics -- when not vague -- were hostile and acerbic. The album is so intimate and personal that it almost sounds like a different band. It sounds like Lawrence's autobiography, with songs about childhood, family, lost love, and the end of Felt; eight of the ten songs have "I" in the first line and they are all sung in a voice aching with loss and regret. The emotional nature of the lyrics and singing is bolstered by the lush and autumnal musical backing provided by the band. Martin Duffy is amazing here; he plays a wide range of keyboards from piano to mellotron to ARP string ensemble with just the right notes and feeling. The record is filled with instrumentation that was totally new to Felt, like long rock & roll guitar solos, pedal steel guitars, and female backup vocals. It all works to create a rich and heartfelt farewell to Felt, full of sentiment but not sentimental -- the sound of a band reaching its potential and kissing it goodbye. 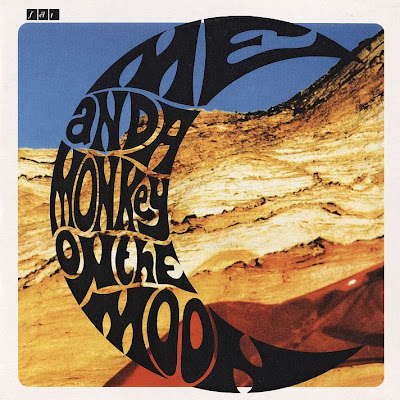 Poem of the River was another piece of vinyl that I sadly gave away due to the hassle of repeatedly moving in the 90s.

Can you re-up this one please

Hello anon simply forgot to enter the new link, it's there now N'Joy

Is anyone else having problems with the 1filesharing link for Poem Of The River?

Many thanks Rho. All is forgiven. Now for the N'joy!

Rho, thanks for the re-ups. Any chance for 'Crumbling The Antiseptic Beauty', 'The Strange Idols Pattern..', 'Ignite The Seven Cannons' in the future? Didn't like Lawrence's Denim project that much but all Felt's albums are so significant and influential.

Hello Isabelino, I assume here you want the previous Felt post at 12-12 Aetix re-upped. Could be in 2 weeks....

Can you please re-up Felt - Poem Of The River? I thought I'd heard all their albums but must have missed this. Thanks.

Another request to re-up these, espec. Poem of the River. Thx

Hello Rho, you could re-upload the album "Let The Snakes Crinkle Their Heads To Death" the link has expired and can not download it.
Thanks so much,
José O.

Can you please re-upload forever breathes the lonely word.Would be very grateful.Thnx