Hello, we're still on that island with a huge place in the global music catalogue, Jamaica. A production hothouse and they say the Weed makes you slow and lazy-go figure. Without the ganja driven reggae music Jamaica would have remained a Caribbean backwater and dare i say would never have given us Bolt, the fastest man in the world.

Jacob Miller was born in Mandeville, Central Jamaica on May 4, 1952 to Joan Ashman and Desmond Elliot. At the age of eight he moved to Kingston, Jamaica where he grew up with his maternal grandparents. In Kingston, Miller began spending time at popular studios including Clement Dodd’s Studio One. There's no doubt though that Miller was a handful, star struck, and desperate to be a star himself. Coxsone Dodd gave him his first shot in 1968, when the youth recorded a few songs for the producer, including the single "Love Is the Message." It barely caused a ripple, but did catch the attention of Augustus Pablo, who gave the song airing at his Rockers Sound System. That wasn't enough to keep Dodd's interest, and Miller's career seemed to be over before it had even begun. However, Miller continued practicing, hanging around the studios, watching the stars, and jovially boasting about his talent to anyone who would listen.

In 1972, Pablo and his brother Garth Swaby launched their own Rockers label, initially a home for Pablo's own instrumentals, but soon branching out to vocal cuts. In 1974, Pablo brought Miller into Dynamic Studios to re-record "Message," resulting in the phenomenal "Keep on Knocking," one of the foundation stones of the new Rockers style. Over the next 18 months, the young singer cut five more songs for Pablo, each one a Rockers classic -- "Baby I Love You So," "False Rasta," "Who Say Jah No Dread," "Each One Teach One," and "Girl Named Pat" -- and all boasting seminal dubs from mixer King Tubby on the flip.

It was with these early singles, most deeply dread in theme, that Miller established his reputation. However, Rockers' finances precluded the constant recording that the young singer craved, and thus when he was approached by Inner Circle, Miller jumped on board. Circle already had a few singles to their credit, and had backed several singers in the past, before folding then rising anew in 1973 as a Top 40 covers band, plying their reggae-lite arrangements around the resort circuit. And then Miller arrived, creating the heaviest frontline in Jamaica's history, and some of the heftiest roots around.

It's difficult to draw a distinct line between Miller's solo career and his work with Inner Circle, virtually all were backed by at least some of Circle, with the lineup enhanced by members of the Revolutionaries. Miller preferred Rockers style, while Circle indulged in experimentation, delving into pop, soul, funk, and even disco.

Across 1975, the singer struck a deep chord with such classics as "Forward Jah Jah Children," "Tired Fe Lick Weed in a Bush," the Gussie Clarke-produced "Girl Don't Come," and "I Am a Natty" (a Joe Gibbs' produced cover of Bob Marley's "Soul Rebel"), even as Miller and Circle worked on their Trojan album Blame It on the Sun. The following year, Miller took second place at the Independence Song Festival with "All Night Till Daylight," and turned the soul masterpiece "Dock of the Bay" into a dread classic, amongst a slew of other fine releases.

Circle signed to Capital Records in 1976, unleashing Reggae Thing, and Ready for the World the following year. Miller's own solo album debut, Dread Dread, also appeared in 1978, showcasing both the lighter and heftier sides of the singer's oeuvre. Miller was featured in the film Rockers, alongside many other musicians including Gregory Isaacs, Big Youth and Burning Spear. In the movie, he plays the singer of a hotel house band, (in reality Inner Circle), who are joined on drums by the film's hero, Leroy "Horsemouth" Wallace and play a live version of Inner Circle's hit "Tenement Yard".

Before '76 was out, Miller had released two further solo albums, the crucial Killer Miller and the festive Natty Christmas. The former included a slew of classics, including "Forward Ever," "80,000 Careless Ethiopians," "Lamb's Bread Collie," and "Shaky Girl," the latter cut for Joe Gibbs. 1979's Wanted included another clutch, including such dread masterpieces as "Standing Firm," "Healing of the Nation," "Sinners," "Peace Treaty Style," and the smoky love song "I've Got the Handle."

Miller was now at the height of his powers, and with his charismatic stage presence, had even supplanted Marley as the island's most popular singer. Circle's phenomenal performance at the One Love concert brought the band a contract with the Island label, who released the hugely popular Everything Is Great, which spun off two British hit singles. In March 1980, Miller accompanied Marley and Island head Chris Blackwell to Brazil, to celebrate the opening of the label's new offices there. Meanwhile, the rest of Circle were preparing for their forthcoming American tour in support of the Wailers. The trio returned to Jamaica on the 21st, two days later on Sunday, March 23, 1980 Miller was killed at age 27 in a car accident on Hope Road in Kingston, Jamaica. Miller and Inner Circle had been preparing for an American tour with Bob Marley and the Wailers, and the next album, Mixed Up Moods, had been recorded before his death. Jamaica had lost one of the greatest singers of the age, long before his time.

There are those who argue that all reggae sounds the same, and that roots reggae, in particular, consists entirely of minor variations on a very small set of musical (and, Jah knows, lyrical) themes. Who Say Jah No Dread consists of the six songs Jacob Miller recorded with legendary producer Augustus Pablo, and the dub versions of those tunes, all of which were mixed by King Tubby; talk about a triple threat. This album is one of a few hard, compact gems of roots reggae, a classic so inarguable that even the most intransigent reggae skeptic might be won over by its dark, mystical charms. All of the rhythm tracks on this album have become classics, none more deservedly than the one on which "Baby I Love You So" is based, which also forms the basis of "King Tubby Meets Rockers Uptown," a dub version generally considered to be the finest example of dub ever created. Amazingly, every track lives up to that high standard. If your reggae collection consists of only five titles, this should be one of them. 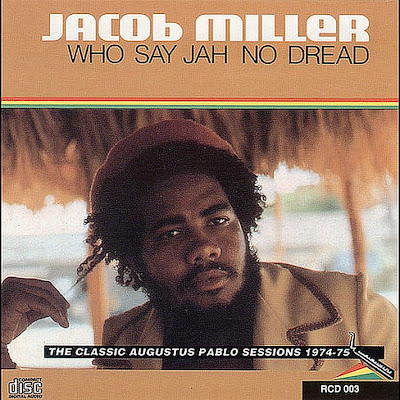 ***** ***** ***** ***** *****
Released the same year the reggae singer's life was cut short by a car accident, the 1980 set Jacob Miller Lives On is one of those hastily thrown-together compilations that can't help but succeed thanks to the rich source material. At least that's the way the reggae faithful will see it, since almost everything here is pulled from the 12" releases Miller recorded for producer and label owner Joe Gibbs. . classics like "I Am a Natty," "I'm Just a Dread," and "Keep on Knocking" get to stretch their legs and extend their winning grooves. 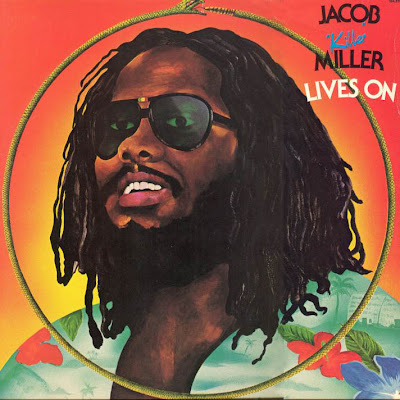 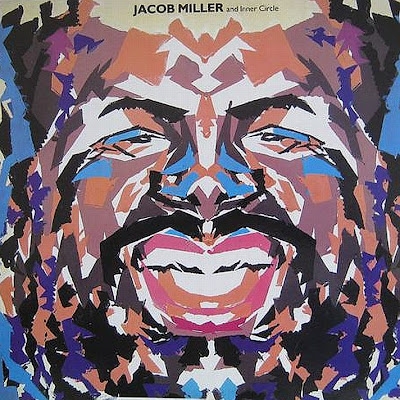 Any chance of a reup of Who Say Jah No Dread,Rho?

Hi Rho, can you please re-up Who Say Jah No Dread. Thanks!