Hello, after a small break Rhotation returns with Alphabet Soup, down to L today. Its a very mixed bag of 3 here, the alternative rap-rock of Luscious Jackson, girls that make a point that they care a little more then just about fun. Fun that certainly doesnt describe the industrial punk music from Lard, a side project of two big names in the angry music scene, no fun then, but Jello Biafra certainly has a sense of humor. A sense of humor is all over my last deal, Lemon Jelly this british duo more then surprised the music scene with their beautifully packaged first 3 EP's that coalesced into their first album, Ky. Serious sillyness and wicked fun (in two rates).

The core of Luscious Jackson -- Kate Schellenbach (drums), Jill Cunniff (vocals, bass), and Gabby Glaser (vocals, guitar) -- all met as teenagers on the New York post-punk scene of the early '80s. Schellenbach was the drummer in the original hardcore punk incarnation of the Beastie Boys; she met Cunniff when she interviewed the Beasties for her fanzine,. When the members graduated from high school, they went their separate ways. Schellenbach stayed in New York, where she drummed with Hippies with Guns and attended college, while Cunniff and Glaser attended art school in San Francisco, where they both played in a punk band called Jaws; Cunniff continued to edit her fanzine.

In 1991, Cunniff and Glaser returned to New York and began writing songs. Eventually, the duo recruited Schellenbach and Jill's friend Vivian Trimble to form Luscious Jackson, taking their name from a ' 60s basketball player for the Philadelphia 76ers. The following year, the group released its debut EP, In Search of Manny, on the Beastie Boys' record label, Grand Royal; it received very positive reviews and the group quickly became a hip name to drop in alternative rock circles.

Early in 1996, Trimble and Cunniff released a side project under the name Kostars. At the time, Luscious Jackson was continuing work on their second album, working with producer Daniel Lanois. The result, Fever in Fever Out, was released in fall 1996. Thanks to the single "Naked Eye," the album was a steady seller, expanding the band's fan base significantly even if it failed to become a huge hit. In April 1998, Trimble left the band to pursue other projects, including a solo album, a collaboration with Jon Spencer Blues Explosion drummer Russell Simins, and a band with Josephine Wiggs called Dusty Trails. Continuing on as a trio, Luscious Jackson returned in 1999 with Electric Honey before disbanding the following spring. 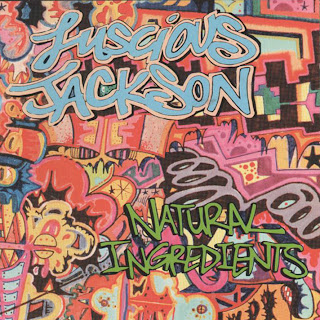 Lard is a hardcore punk/Industrial band founded in 1988 as a side project by Jello Biafra (vocals), Al Jourgensen (guitar), Paul Barker (bass), and Jeff Ward (drums).Biafra is perhaps best known as the former frontman of the punk rock band Dead Kennedys. Jourgensen is the founder and only continuous member of industrial metal band Ministry, of which Barker was an official member between 1988 and 2004, and Ward was also once a touring member. Over the years, several other members of Ministry played with Lard, namely Bill Rieflin, Mike Scaccia, Louis Svitek and Rey Washam.

Like most of Biafra's work, Lard's songs are angrily political (the War on Drugs is a particularly common theme) but often have a tinge of humour. On paper, the collaboration between Jello Biafra and Ministry seems like a match made in industrial punk heaven, and the first release from Lard lives up to these expectations. Both parties seemed to have taught the other side a thing or two: Jello Biafra is more focused than usual, while Alain Jourgensen and Paul Barker from Ministry sound a lot more punky and loose. The percussion, courtesy of Bill Rieflin and the late Jeff Ward, is firmly in an industrial style, though -- all mechanized metallic thrashing, but it works just fine with the material. Lard have not officially toured and have only performed live a handful of times.

A year after this full length EP Lard released The Last Temptation of Reid (July 1990), followed by Pure Chewing Satisfaction in 1997, apparently there's still one Lard album on the cards before this side project is ended, at least according to Al Jourgensen. 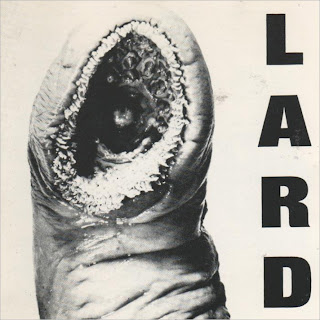 Lemon Jelly - ky (00, 66:32 ^ 154mb)
Little did Fred Deakin and Nick Franglen - a.k.a Lemon Jelly - realise when they set about making music, that it would end up like this. It all started with three limited edition 10" EPs which were released on their own Impotent Fury label and swiftly became collectors items, not only for the unmistakably gorgeous Lemon Jelly sound but also for the impeccable packaging. Music to take drugs to, a fizzy chill-out for those late-night lava lamp staring sessions, downtempo for the acid generation. . These EPs were brought together for the 'Lemonjelly.ky' album, and spread the word of the Jelly further.

Upon the release of 'Lost Horizons' (2002) Lemon Jelly's message crossed the awareness threshold. They went onto sell out a successful UK tour (including 3 dates at the London Forum), hosted a kids matinee which had parents and toddlers queuing round the block, were nominated for a Brit Award, and 'Lost Horizons' was shortlisted for the Mercury Music Awards in 2003.
Three years ago they released their third and currently last album, '64-95' . Based upon cherished samples, it's suitably Jelly. It is also the first album XL have ever released that comes with an accompanying DVD version, which was lovingly created by their design cohorts, Airside. The band played their biggest UK tour to date in February and March 2005 (with an accompanying lightshow not seen since Jean-Michel Jarre last wore them white gloves) and brought much joy to festivals like Benicassim and Reading. They ve also been picked up by the media and their tunes feature regularly in ads or tunes.

Franglen produced Badly Drawn Boy's 2006 studio album Born in the U.K. and in 2007 Deakin released an eclectic three-volume mix album "The Triptych", as to when there will be a new album no news yet.