Hello, going into the BPM at the start of the second week of Rhotation. I have to say im a bit dissapointed feedback wise. I've been very busy re-uploading and tracking back have reached Ireland by now. As you may have noted i use several different webspace providers and i ask again here to tell me if you had any particular problems and or good download speeds, if so i wont bother with them anymore. For today i have two early techno crews, over the years 808 state's ex el has had many a spin at my place, great album, full sound , sure there's a little New Order there but thats alright with me, and Bjork well i 'm sure she got a lot of inspiration for "Debut" from working with them, on ex el she sounds awesome . Fluke managed to find their techno feet pretty quick as the bonus album, de facto their first proves. The build a massive remix catalogue as their sound was saught after, meanwhile they scored some big hits. No Atom Bomb here but Six Whheels offers a nice range of what was to come after ..

808 State was formed in 1988 in Bury, England by Martin Price, Graham Massey and Gerald Simpson, initially to form a hip-hop group called Hit Squad Manchester. Soon after the band shifted to an acid house sound, and recorded their debut Newbuild in 1988, naming themselves 808 State honoring the impact the Roland TR-808 drummachine had on them. The album was released on Price's own record label. Simpson left the group in 1989 to form his own solo project, A Guy Called Gerald.Martin and Graham enlisted DJs. Andrew Barker and Darren Partington to record the EP Quadrastate and their next album, Ninety, was put them right in the rave culture.

For 1991 Ex:el, they brought in Bernard Sumner (New Order) and ex-Sugarcubes Björk for lyrics and vocals. The album included the hits In Yer Face, Cubik, Olympic & Lift. In 1992, Price left the group to perform solo producing, eventually forming his own label, Sun Text. The remaining members released a fourth album called Gorgeous, and after that, did some remix work for David Bowie, Soundgarden, and other performers, before returning with the album entitled Don Solaris in 1996. This album marked a change for the band who wanted to shake off their rave moniker and, with 'Don Solaris', they aimed to create a more beautiful, cinemascopic sound. They released a greatest-hits compilation named 808:88:98 in 1998-their last on record label ZTT and a 1998 remix of Pacific soared high in the charts. In 2000, their pioneering 1988 acid house album 'Newbuild' was re-released.In 2003 came their last release thusfar Outpost Transmission . 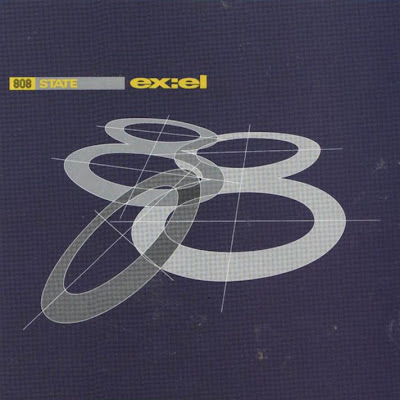 To date Fluke have produced five original studio albums, two "best of" compilations and two live albums. Throughout their career they have made several changes to their line-up with credited appearances attributed to Neil Davenport playing guitars, Robin Goodridge on drums and Hugh Bryder as a DJ. Formed in the late 1980's by three friends living together in London, Fluke started out making dreamy pop before the explosion of acid house influenced them. It was the growing electronica sound that influenced their early singles and their techno-rock debut album The Techno Rose Of Blighty. They signed with Virgin for their next albums Six Wheels On My Wagon (1993) and , the following year Fluke released their third album, Oto, which is the Greek for "of the ear". In terms of style, Oto was somewhat darker than Six Wheels on my Wagon, focusing on the downbeat ambient effects which were present in the second half of Six Wheels. Fluke proved to be a driving force in the progressive house and trip-hop scenes.
In 1996 they released "Atom Bomb", originally created as a soundtrack to the video game Wipeout 2097, it became the centrepiece of their next album, Risotto.It was a runaway success in 1997 and 1998, powered by the cartoony big-beat of "Atom Bomb" and the gentle breakbeat track "Reeferendum". After enjoying worldwide touring for several years, Fluke took time off to expand their already-massive remixography, releasing the retrospective Progressive History X in 2001. Their latest and most mature album, Puppy, followed in mid-2003, this time incorporating Jon Fugler and Mike Bryant only. 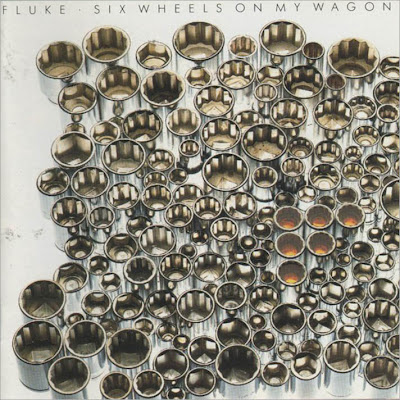 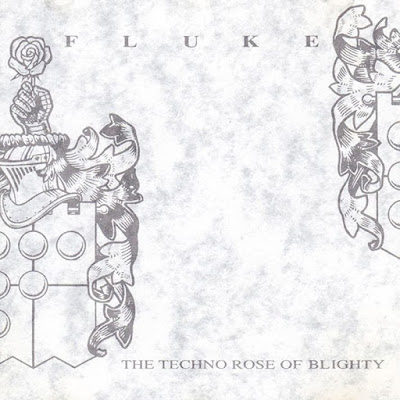 Greetings from Madrid. I have just tried with Orangespace and it works really well.

Thank you so much for your blog.

I really like your blog and selection of music and I did not want to bother you again with my downloading problems, but since you are asking: even after installing Opera as you suggested, the speed hasn't increased at all. I either have the same very low speed (2-5kbps, when my download transfer rate is 210-220 kbps), and with patience I could nearly download a whole album, but then at 70-80% it stops and won't restart!
When I use my download accelerator (DAP) is shows either that the file is "unknown" or if finally downloaded can't open the zip because it "is in unknown format or damaged". If I cancel usage of DAP it starts so slow that it finally show "this file cannot be opened, blah, blah..." in IE.

This is also valid for all posts of my interest since a week: I have tried to get Bola and High Priests, today Fluke and 808: nothing works, when I never had any problems previous to the MBM/Underworld post. For Bola you need a user name and password...(!?)

As stated in my previous mail: maybe you should use rapidshare/zshare/badongo/megaupload... via Sharebee (but you say having trouble with this) or MassMirror. Rapidshare work very well with lix.in or tinyurl.
Since many, if most, bloggers are using Rapidshare, I did purchase meself a year subscription (too painful to wait between downloads when so much good music is being published everyday!). It works very well. Not much problems with zshare, megauplaod,... although there are restrictions when you are not subscribed...

I think it is also important that you split your downloads in smaller files, so they do not represent more than 100MB each. Ex: I could finally download Ofra Haza (at 30-40 kbps) as it was smaller than others at 91MB...

Anyway, keep up this good work and I hope to be able to have better access to your selection in the near future.
Francois

Hello francois, sorry to hear you still have problems, bt i used massmirror but it has been down for some days now, sharebee i use to -for smaller files as it is very slow to up load 35k , whilst i get 90 at orange de, i think you should look better theres no need to log in the link-in dark blue is right in front of you though in the same size and typo. Speeds can differ greatly just tonite i downloaded from Megaupload at on average 40k whilst there are times i get 1100k. Furtermore i do use zshare and bestsharing, wikiupload..havent had feedback about those, however as you saw i did have good feedback about orange de which has prompted me to use them for Sundazes new titels.

Not every webspaceprovider accepts download excellerators, these are a bit outmoded, certainly in Europe.
Francois maybe someone will help you out and re upload at RS but im too busy now with the rest thta needs re uploading.

Hi there
Thanks for a fantastic blog.
Would it be possible to reload the Fluke - Six Wheels file as the Best Sharing link is not working
Cheers
Lee

The Techno Rose of Blighty is a cracking album - many thanks for the upload. My vinyl copy may now have a rest.

Hello Rho,
Please re-up the file, the BESTSHARING has problems to unload.
Please and Thanks,
Hugs Jose.

Hello Rho,
Please re-up FLUKE - Six Wheel On My Wagon, the BESTSHARING has problems to unload.
Please and Thanks,
Hugs Jose.

hi rhos, thanks for the 808 - fittingly i was driving thru their hometown of bury today - wouldve made a neat soundtrack!

Bonjour Yourcenar, Normally i wouldnt comply with your request anymore, but this an exceptional case..by the looks of it i completely forgot to re-up this one last year, my log has it xxxd , which is very odd, anyway ive re-upped it now thru sharebee and you should be able to get it now.

can you plz re-up all FLUKE many thx